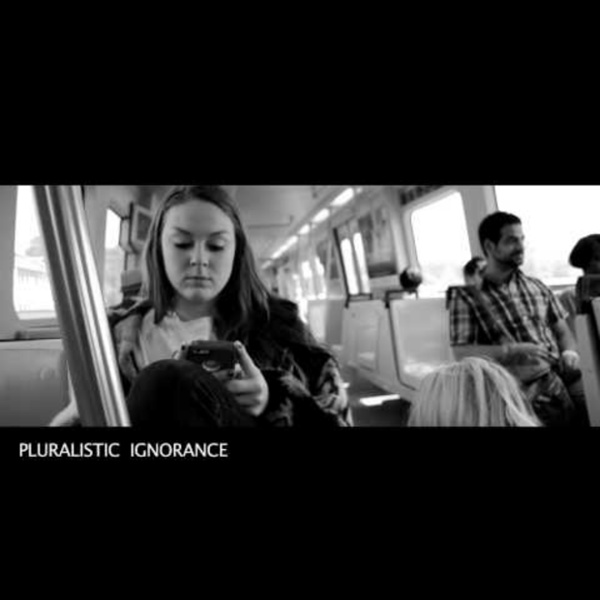 Pluralistic Ignorance (SOCIAL PSYCHOLOGY) - iResearchNet Pluralistic Ignorance Definition Pluralistic ignorance occurs when people erroneously infer that they feel differently from their peers, even though they are behaving similarly. As one example, imagine the following scenario: You are sitting in a large lecture hall listening to an especially complicated lecture. After many minutes of incomprehensible material, the lecturer pauses and asks if there are any questions.

How to Overcome the Bystander Effect Psychologists have long been interested in exactly why and when we help other people. There has also been a tremendous amount of interest in the reasons why we sometimes don't help others. The bystander effect is a social phenomenon that occurs when people fail to help those in need due to the presence of other people. In many cases, people feel that since there are other people around, surely someone else will leap into action.1 While the bystander effect can have a negative impact on prosocial behavior, altruism and heroism, researchers have identified a number of different factors that can help people overcome this tendency and increase the likelihood that they will engage in helping behaviors.2 Some of these include:

Heave-ho! 10 passers-by move taxi off divider, Singapore News About 10 passers-by helped free a taxi that was stuck on a divider in Choa Chu Kang last Friday night. A photo provided to Stomp showed the taxi sitting on top of a divider in Choa Chu Kang Avenue 5, the citizen journalism site reported yesterday. Eyewitness Willem Jacob Stolte told The Straits Times yesterday that he saw the cab from his home at Block 483 at 10.30pm. Bystander Intervention - The Challenge – CSB/SJU CSB and SJU describe themselves as communities that are caring, hospitable, and welcoming. Whether that is real or not is dependent on our actions and behaviors, as well as how we react and intervene in problematic situations. Even in these communities, we have language, attitudes, actions, and behaviors that can lead to or possibly cause problematic, if not dangerous situations. To truly be campuses with healthy and caring attitudes and practices and have a culture that is civil, respectful and non-violent, we need to have community members who are ready, willing and able to intervene in inappropriate, high risk or problematic situations. Engaging community members in intervening is the goal of bystander intervention programs. Researchers have indicated that many alcohol, drug, violence (including sexual assault), discrimination and other type of negative actions are witnessed by people or are known by people not directly involved.

Outrage in China after toddler run over, ignored - CNN Gruesome footage of a toddler falling victim to two successive hit-and-run accidents and then being ignored by many passers-by at the scene last week in southern China continued to galvanize the nation Monday, prompting a fierce debate on the state of morality in Chinese society. A security camera captured the horrific incident last Thursday outside a hardware market in Foshan, Guangdong Province. Two-year-old Wang Yue was seen toddling in the middle of a narrow street and looking around, oblivious to a fast-approaching white van. The disturbing video shows the van knocking the girl over.

12-year-old boy rushes to aid of car accident victims in Yishun, Singapore News SINGAPORE - A 12-year-old boy who rushed to the aid of victims of a car accident in Yishun on Tuesday (May 31) said he did so as other passers-by were "too busy taking pictures with their phones instead of helping". Yishun Primary School student Ashvin Gunasegaran was walking home from school with several classmates when they heard a "loud boom" behind them as they crossed the road. Turning around, they saw two cars had collided just metres away at the junction of Yishun Ring Road and Yishun Avenue 2. While his friends told him to stay away as it was "too dangerous", Ashvin said he ran over to the drivers of each car after seeing that no adults were coming forward to offer assistance. "It was my first instinct - I felt I had to check if they were okay and if they needed an ambulance," he told The Straits Times.

What Is the Bystander Effect? If you witnessed an emergency happening right before your eyes, you would certainly take some sort of action to help the person in trouble, right? While we might all like to believe that this is true, psychologists suggest that whether or not you intervene might depend upon the number of other witnesses present. What Is the Bystander Effect? The term bystander effect refers to the phenomenon in which the greater the number of people present, the less likely people are to help a person in distress.

Eye power is no power leh! – Consensus By Lynn Chia ‘Eye power’, as quintessentially Singaporean as it sounds, is really not just a Singaporean thing. A local social experiment produced in 2014 on the passive bystander effect was one of the first local experiments that shed light on the importance of the diffusion of responsibility. In the social experiment, when the injured actor and the blind actor collided in an accident, many people exercised their ‘eye power’ by standing by without helping despite having witnessed the incident. See also: this Reddit thread Some people attribute this to the mind-your-own-business (MYOB) narrative that is seemingly perpetuated in our society.