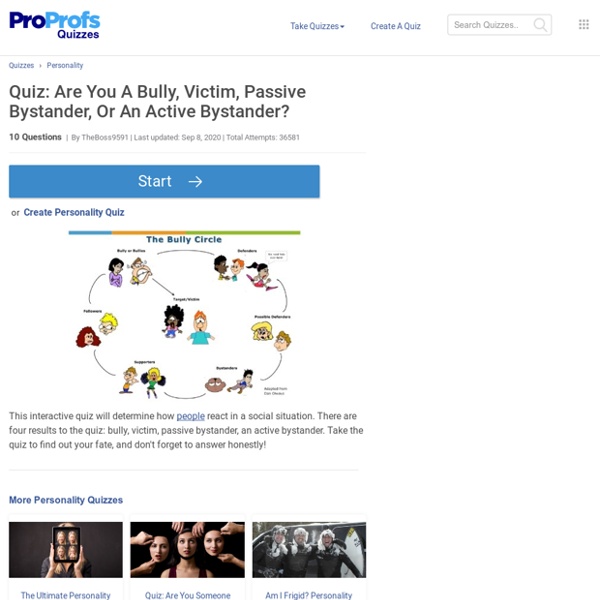 George Floyd: How race may affect what bystanders can do for detainees Surveillance video in Minneapolis shows the first moments of George Floyd's police interaction. USA TODAY In the videos, they are faceless voices, off camera, trying to intervene. Key Takeaways: Social Norms and Social Dynamics Pluralistic Ignorance Definition Pluralistic ignorance occurs when people erroneously infer that they feel differently from their peers, even though they are behaving similarly. As one example, imagine the following scenario: You are sitting in a large lecture hall listening to an especially complicated lecture. After many minutes of incomprehensible material, the lecturer pauses and asks if there are any questions.

How to reverse the Bystander Effect You see a shopper trip over in a busy street. Someone else can help. That’s what you tell your conscience. This is the Bystander Effect in action – the dilution of our sense of responsibility in the presence of other people – and it’s been demonstrated in numerous studies over many years. Quiz: What’s your bystander style? - CampusWell Read this article and enter to win a $50 Amazon gift card Bystander intervention is about the small things we all do for our friends and communities. When we see that someone is experiencing unwanted attention or pressure, we have a variety of ways we can check in: anything from a simple hello to a more creative disruption. The best interventions happen early on—right when we notice that something is off, and well before a situation escalates. These interventions are easy, subtle, and safe. They help build a community that doesn’t tolerate casual disrespect and disregard, and prevent pressure and disrespect from escalating to coercion and violence. How you choose to help others depends partly on your personality.

We Are All Bystanders For more than 40 years, Peggy Kirihara has felt guilty about Stewart. Peggy liked Stewart. They went to high school together. Their fathers were friends, both farmers in California’s Central Valley, and Peggy would always say “hi” when she passed Stewart in the hall. Bystander Intervention Bystander Intervention Training Hollaback! provides trainings on how to do your part to protect your neighbors and co-workers when bias and harassment collide in front of you. What’s worse than being targeted with harassment because of your race, sex, religion, color, gender, size, orientation, disability, age, or origin?

The crime of complicity : the bystander in the Holocaust / Amos N. Guiora. "If you are a bystander and witness a crime, should intervention to prevent that crime be a legal obligation? Or is moral responsibility enough? In The Crime of Complicity, Amos N. Guiora addresses these profoundly important questions and the bystander-victim relationship from a deeply personal and legal perspective, focusing on the Holocaust and then exploring cases in contemporary society. Bystander Effect: What Is It and What You Can Do About It What the bystander effect looks like A little after 3 a.m. on March 13, 1964, Catherine “Kitty” Genovese parked her car and walked to her apartment in Queens, New York, after finishing her shift as a bar manager. Serial killer Winston Moseley was out to victimize someone that night.

Schools remain dangerous for LGBT youth in Vietnam Le Minh Triet attempted suicide when he was a seventh-grader, right after coming home from school. For days, he had been bullied by other students. Sometimes it was name calling. Sometimes he was beaten, had soft drinks thrown at him, and locked inside a room for hours. "When they beat me, they insulted my parents names for having a gay son," he said. The bystander effect : the psychology of courage and inaction / Catherine A. Sanderson. Why do good people so often do nothing when a small intervention could make a big difference? Pioneering psychologist Catherine Sanderson demystifies the mindset of bullies and bystanders to show why courage comes at such a high cost, and how we can learn to be brave. We are bombarded every day by reports of bad behaviour: from sexual harassment to political corruption, from bullying to corporate greed. We believe these things are wrong or even evil, but in practice few of us choose to intercede. The Bystander Effect draws on the latest developments in psychology and neuroscience to explain why we act differently in groups than when we are alone; how slippery slopes begin and prosper; and where the dissonance lies between good intentions and real action.

Shop owner struggling to restrain rowdy man, while onlookers gathered SINGAPORE - Diagnosed with a heart problem, Mr Haja Bahurdeen normally avoids strenuous physical activity. But an incident yesterday forced the 59-year-old shop owner into a 20-minute struggle to restrain a rowdy young man before the police arrived. Mr Bahurdeen and his son-in-law, Mr Haroon Rasheed, 36, operate Goodwill Electronics, a computer repair store at Upper Dickson Road in Little India which occupies two adjacent units. The incident began when a man in his 30s stumbled into the store at around noon and started creating a ruckus.