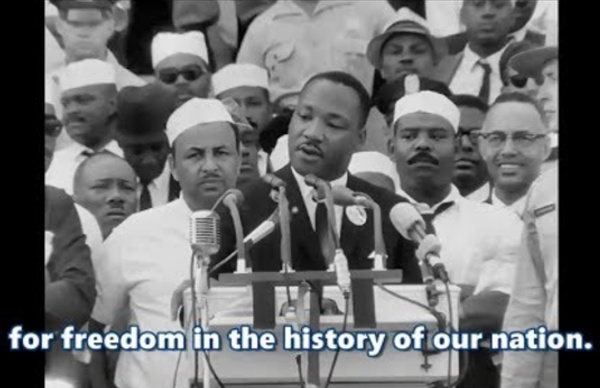 List of Jim Crow law examples by state A Black American drinks from a segregated water cooler in 1939 at a streetcar terminal in Oklahoma City. State-sponsored school segregation was repudiated by the Supreme Court of the United States in 1954 in Brown v. Board of Education. Generally, segregation and discrimination were outlawed by the Civil Rights Act of 1964.[3] Alabama[edit] Blood, Toil, Tears, and Sweat Full Text - Text of Churchill's Speech - Owl Eyes Delivered in the House of Commons in Westminster on 13 May 1940. Mr. Speaker: On Friday evening last I received His Majesty's commission to form a new Administration. It was the evident wish and will of Parliament and the nation that this should be conceived on the broadest possible basis and that it should include all parties, both those who supported the late Government and also the parties of the Opposition. I have completed the most important part of this task.

Declaration of Independence: A Transcription Note: The following text is a transcription of the Stone Engraving of the parchment Declaration of Independence (the document on display in the Rotunda at the National Archives Museum.) The spelling and punctuation reflects the original. In Congress, July 4, 1776 12 Angry Men Themes At the onset of the play, we learn from the Judge's offstage opening instructions the given circumstances of the play, that a man has been accused of murder and his fate is to be determined by these jurors. Immediately, we are launched into a world where the ultimate objective is to complete the "grave responsibility" of determining a man's innocence and guilt, the heart of the American justice system. Throughout the play, we see two opposing views of justice. From 8th Juror and others, as they join, we see a perspective of justice that favors the accused and that wants most for him to have a fair shot. To 8th Juror, the boy's poor and troubled upbringing, his shoddy state-appointed defense attorney, and the jury's quick near-decisive decision to convict him are all gross forms of injustice. Prejudice is observed on several levels throughout the course of the play.

Civil Rights Movement: Timeline, Key Events & Leaders The civil rights movement was a struggle for social justice that took place mainly during the 1950s and 1960s for blacks to gain equal rights under the law in the United States. The Civil War had officially abolished slavery, but it didn’t end discrimination against blacks—they continued to endure the devastating effects of racism, especially in the South. By the mid-20th century, African Americans had had more than enough of prejudice and violence against them. They, along with many whites, mobilized and began an unprecedented fight for equality that spanned two decades. Albert Camus on the Will to Live and the Most Important Question of Existence “If the universe is meaningless, so is the statement that it is so… The meaning and purpose of dancing is the dance,” Alan Watts wrote in his 1951 meditation on how we wrest meaning from reality. But if to dance or not to dance is the central question of existence, are both choices endowed with equal validity, dignity, and moral courage? Not so, argued Albert Camus (November 7, 1913–January 4, 1960) a decade earlier in The Myth of Sisyphus (public library), which begins with what has become one of the most famous opening sentences in literature and one of the most profound accomplishments of philosophy.

Illustration of Kamala Harris and Ruby Bridges goes viral There's so much history packed into a now-viral illustration that depicts Vice President-elect Kamala Harris walking next to a wall with her shadow transformed into the silhouette of a famous painting of civil rights activist Ruby Bridges. The drawing, created by San Francisco-based artist Bria Goeller for satirical clothing company WTF America, is being shared widely, including by Bridges herself. "I am Honored to be a part of this path and Grateful to stand alongside you, Together with Our fellow Americans, as we step into this Next Chapter of American History!"

'Twelve Angry Men': Meet the Characters of the Drama "Twelve Angry Men," an iconic courtroom drama by Reginald Rose, did not begin on the stage as is often the case. Instead, the popular play was adapted from the author's 1954 live teleplay that debuted on CBS and was soon made into a movie. The script is filled with some of the best dramatic dialogue written, and Rose's cast of characters is some of the most memorable in modern history. 12 free and printable Black Lives Matter posters from Black artists - Social Good With the fight for racial justice renewed following the police killings of Breonna Taylor, George Floyd, and many other Black people at the hands of officers, showing support for the Black Lives Matter movement and demanding systemic change can be done in many ways. Whether you're demanding justice at a protest, donating to end police brutality, or furthering your education through books and films, there are plenty of ways to be an effective ally online, at protests, and moving forward. You can also support and amplify the work of Black artists, like a new project from Bulgarian nonprofit group Fine Acts, which brings together activists and creatives for social good campaigns. The group's latest project invited 12 Black artists and typographers to create a collection of 24 posters — "one for each hour of the day with systemic anti-Black racism," according to the organisation — ready to be used in support of the Black Lives Matter movement.

Muralist meticulously writes ‘Black Lives Matter’ on Detroit gallery wall – Motor City Muckraker “Black Lives Matter.” It’s a slogan that has inspired a nationwide movement to call attention to the disproportionate number of unarmed black people killed by police. Over the past few days, Miami-based artist Renda Writer has meticulously written the slogan thousands of times in various sizes on a black cinderblock wall behind N’Namdi Center for Contemporary Arts on Forest between Woodward and John R in Detroit. The mural has already become an attraction as word spreads. “Black lives matter – that’s the truth,” Writer, who is white, told me with an infectious smile Saturday afternoon. “It’s not saying that other lives don’t matter. About Blooks : Overview This blog is devoted to the subject of BLOOKS, objects made in the emulation of books, either by hand or commercial manufacture. All over the world, for hundreds of years, people have been making, collecting and presenting book-objects that reflect their devotion and respect for books and for each other. There are countless examples; they include bars, cameras, radios, banks, toys, memorials, food tins, desk accessories, book safes, musical instruments, magic tricks, furniture and jewelry. Blooks embody the same characteristics as books and many take the form of specific titles and book formats. They signify knowledge, education, taste, power, wealth and more.

The Trial of Oscar Wilde, printed in 1906 In 1895, the playwright and wit Oscar Wilde (1854–1900) was prosecuted for ‘acts of gross indecency’ with other men. Parts of his trial were covered in newspapers of the day, but because of British censorship laws, this fuller account was not published in English until 1906. Even then, it was printed in Paris, ‘For Private Circulation Only’. It contains Wilde’s passionate defence of ‘the love that dare not speak its name’ – a phrase which has become famous. Wilde celebrated the ‘deep spiritual affection’ between ‘an elder and younger man … such as was sung in the sonnets of Shakespeare and Michael Angelo’.