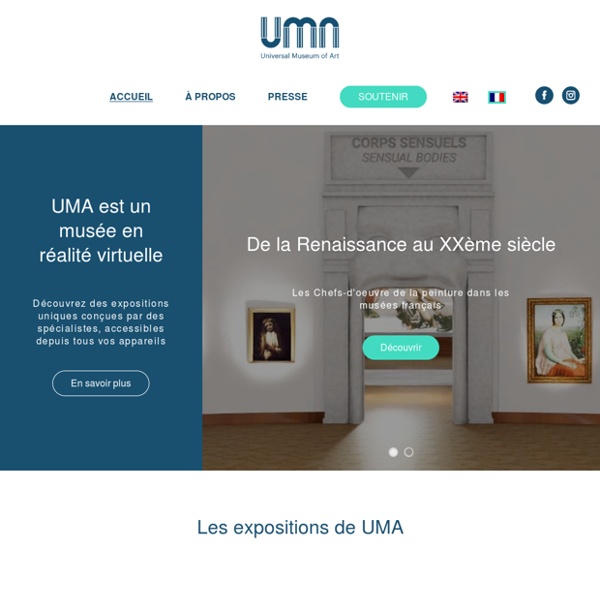 The Met 360° Project This award-winning series of six short videos invites viewers around the world to virtually visit The Met's art and architecture in a fresh, immersive way. Created using spherical 360° technology, it allows viewers to explore some of the Museum's iconic spaces as never before. Viewed more than 11 million times, this series affords an access and a perspective typically unavailable to the public. MoMA The Museum of Modern Art, New York, United States Founded in 1929, The Museum of Modern Art (MoMA) in midtown Manhattan was the first museum devoted to the modern era. Today MoMA’s rich and varied collection offers a panoramic overview of modern and contemporary art, from the innovative European painting and sculpture of the 1880s to today's film, design, and performance art. From an initial gift of eight prints and one drawing, the collection has grown to include over 150,000 paintings, sculptures, drawings, prints, photographs, architectural models and drawings, and design objects; approximately 22,000 films and four million film stills; and, in its Library and Archives, over 300,000 books, artist books, and periodicals, and extensive individual files on more than 70,000 artists. Collection highlights include Claude Monet’s Water Lilies, Vincent van Gogh’s The Starry Night, and Pablo Picasso’s Les Demoiselles d'Avignon, along with more recent works by Andy Warhol, Elizabeth Murray, Cindy Sherman, and many others.

Leopold Museum, Vienna, Autriche It took five decades to compile the collection. In 2001 it found its definite location. Together with the Republic of Austria and the Austrian National Bank, the collector Dr. Rudolf Leopold, who died in 2010 at the age of 85, consolidated his collection, which is now exhibited in a museum built by the Austrian state, into a private foundation. Jheronimus Bosch - The Garden of Earthly Delights About this project The interactive documentary Jheronimus Bosch, the Garden of Earthly Delights provides an in-depth tour though The Garden of Earthly Delights. In a web interface the visitor will be taken on an audio-visual journey, including sound, music, video and images to enrich the storytelling. Borderless Bacteria / Colonialist Cash – Ken Rinaldo Scientists have identified up to 3000 types of bacteria on dollar bills from just one Manhattan bank. Most of the bacteria found were skin, mouth and vagina microbes according to a study conducted by the New York University Center for Genomics & Systems Biology. Bacterial cultures, fungi, and viruses finding transport on monetary exchange systems do not respect or understand borders.

Intelligence artificielle & Architecture - Pavillon de l'Arsenal Intelligence Artificielle & Architecture Une exposition produite par le Pavillon de l'Arsenal An exhibit produced by the Arsenal Pavilion & conçue par Stanislas Chaillou, Architecte & Data Scientist & conceived by Stanislas Chaillou, Architect & Data Scientist National Museum of Women in the Arts, Washington, D.C., États-Unis Founded in 1981 and opened in 1987, the National Museum of Women in the Arts (NMWA) is the only museum solely dedicated to celebrating the achievements of women in the visual, performing and literary arts. The museum’s collection features 5,000 works from the 16th century to the present created by more than 1,000 artists, including Mary Cassatt, Frida Kahlo, Alma Thomas, Lee Krasner, Louise Bourgeois, Chakaia Booker, and Nan Goldin, along with special collections of 18th-century silver tableware, botanical prints, and artists’ books. NWMA brings recognition to the achievements of women artists of all periods and nationalities by exhibiting, preserving, acquiring, and researching art by women and by teaching the public about their accomplishments.