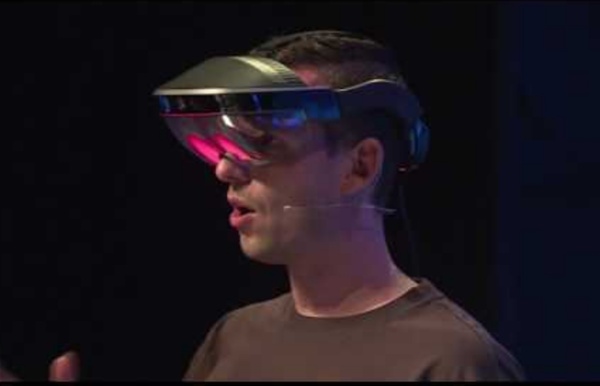 IDEO's Sandy Speicher on Constructivism: The uncomfortable secret to creative success is "disequilibrium" Copenhagen, Denmark Sometimes, there can be too much of a good thing. Every so often, from California to Germany, there’s news of “negative electricity prices,” a peculiar side effect of global efforts to generate clean energy. As we build more and more renewable-power capacity in efforts to meet the emissions-reduction goals of the Paris climate agreement, these situations will become more common. On a mildly chilly day in April, with the smell of poo in the air, I met one of these startups at a sewage-water treatment plant in Copenhagen, Denmark. In other words, when scaled up, Electrochaea’s process could be an answer to one of the biggest problems of the 21st century: energy storage, while also making a dent in cutting emissions. This article is part of The Race to Zero Emissions series investigating carbon-capture technology. The battery problem The biggest problem with wind and solar energy is that they’re intermittent. Except it’s not that easy. Store it another way The green goo

Augmented Reality In Education? Here Are 20 Examples Augmented reality is exactly what the name implies — a medium through which the known world fuses with current technology to create a uniquely blended interactive experience. While still more or less a nascent entity in the frequently Luddite education industry, more and more teachers, researchers, and developers contribute their ideas and inventions towards the cause of more interactive learning environments. Many of these result in some of the most creative, engaging experiences imaginable, and as adherence grows, so too will students of all ages. Second Life:Because it involves a Stephenson-esque reality where anything can happen, Second Life proved an incredibly valuable tool for educators hoping to reach a broad audience — or offering even more ways to learn for their own bands of students.

Forget The 10,000-Hour Rule; Edison, Bezos, & Zuckerberg Follow The 10,000-Experiment Rule Most people think that Edison invented the first light bulb. They’re wrong. In fact, Edison was spectacularly late to the game. In 1878, when the 36-year-old inventor decided to focus on building a light bulb, 23 others had already invented early versions called arc lamps, some of which were being used commercially to light streets and large buildings. So how did Edison win in such a crowded field when he was so far behind? He and his team spent a year working day and night doing thousands of experiments. Edison would go on to pioneer five different multibillion-dollar fields with his invention factory: electricity, motion pictures, telecommunications, batteries, and sound recording. What was the key to Edison’s incredible success? The technique is just as powerful today. Bezos and Zuckerberg aren’t saying that experimentation is one of many strategies. Why 10,000 Experiments Beat 10,000 Hours Why 10,000 Experiments Yield Success According To Decades Of Academic Research 1. 2. 3.

New Realities: VR, AR, MR and the Future of Design Advances in artificial intelligence, augmented reality, and virtual reality mean fresh design opportunities for designers. The digital and technological landscape is constantly changing, and in many ways accelerating. Designers tasked to come up with innovative ideas have to keep track of what is trending and where the creative opportunities are. Recognizing the changes that are occurring in the industry will help designers design smarter and make more informed creative decisions. In the technology adoption life cycle, “Innovators” are the smallest group, yet the most successful. They are followed by “Early Adopters,” then “Early Majority,” and later, “The Majority,” or everyone else. Let’s look at some creative opportunities and emerging technologies and why, in order to design the future, designers need to think beyond the screen into new realities. A New Technology Landscape: Human-assisted AI, Augmented Reality, Virtual Reality, and Mixed Reality What Is Artificial Intelligence?

Your Bonus + Extras « Michael D. Simmons Michael D. Simmons Congrats! Your bonus is on the way. In the mean time… When I create articles, I like to give away a valuable free report or infographic directly related to that article so that readers can take action! Sometimes I take just as long creating the give-away as I do the article. Below is a vault of some of the best give-aways that I’ve created. Free learning how to learn webinar. Bonus #1: The Six Most Recommended Books Of Fortune 500 CEOs, Celebrity Entrepreneurs and Leaders Companion report to Why Constant Learners All Embrace The 5 Hour Rule, Average People Are Productive, Successful People Are Learners and 9 Creative Ways To Find Books That Will Make You Look Like A Genius, and Bill Gates, Warren Buffett, and Oprah Winfrey All Use the 5-Hour Rule Bonus #2: How To Create A Checklist Companion report to What Self-Made Billionaire Warren Buffett Does Differently. Bonus #3: Ray Dalio’s 6-Step Formula For Coming Up With Independent Opinions Let’s Connect…Seriously!

VR , AR, & MR in Education. Virtual Reality, Augmented Reality, and… | by Roh... Virtual Reality, Augmented Reality, and Mixed Reality are all changing the way we experience reality. To put it simply, VR is an entirely computer-generated world. It is an immersive recreation of a world simulated by a computer programme. The user experiences this virtual world primarily through visual and aural inputs. In a virtual world, ordinary everyday reality is fully blocked out. AR, on the other hand, is created by layering computer-generated elements over and above existing ordinary reality. Virtual Reality offers elements of the real world in a digital environment. Virtual Reality worlds are usually experienced through headsets (Like Facebook’s Oculus Rift). Mixed Reality is also known as Hybrid Reality is a term still not clearly defined. At any rate, VR and AR are examples of emerging technologies that are growing exponentially. In the immediate future, there will be a huge demand for the creation of content for VR and AR. The EdTech space is saturated with products.

VR, AR, MR: Which one is Better? | Hacker Noon These days, new and evolving technology has introduced the world to 3 very fascinating realities, Virtual Reality or VR, Augmented Reality or AR, and Mixed Reality or MR. in this article, you will see what makes them different from each other and how they are contributing in different areas of work. Let’s have a brief look at what is VR, AR, and MR ● VR — With VR app development, it engages users in a completely artificial digital setting. ● AR — It covers virtual objects on the real-world setting. ● MR — It covers and keeps the virtual objects anchored to the real world. Virtual Reality or VR Virtual Reality (VR) is also called a computer-simulated reality which delivers an immersive experience. 1. These headsets are connected to a computer or gaming console that provides with top-quality visual experience. 2. These headsets are not needed to be connected to a computer or a gaming console. Augmented Reality or AR 1. 2. Mixed Reality or MR Mixed Reality is also called as hybrid reality. 1.

5 Great Ways TikTok Has Proven It’s The Future Of AR - Poplar TikTok is fast becoming the go-to social network, and not just for the Gen Z generation. With their recent announcement of AR Branded Effects, brands will finally be able to publish AR effects that allow users to take their videos to the next level, encourage word-of-mouth sharing and increase brand engagement. With this new offering, TikTok are now head-to-head with Snapchat’s Sponsored Lenses and Instagram’s AR filters. However, TikTok’s innovative use of AR is offering brands the potential to build advertising campaigns that go above and beyond what’s currently possible on other platforms. What’s the deal with TikTok? So what makes TikTok so unique? Another great thing about TikTok is their call-to-action (CTA) functions, which include in-camera, in-video and scanned QR code options. A great example of how brands are taking advantage of TikTok’s offering is the Hashtag Challenge. 1. 2. By its very nature, TikTok is a music-based platform. 3. 4. 5. What’s the deal with TikTok? 1. 2. 3.

What’s the Difference Between AR, VR, and MR? Augmented reality (AR) adds digital elements to a live view often by using the camera on a smartphone. Examples of augmented reality experiences include Snapchat lenses and the game Pokemon Go. Virtual reality (VR) implies a complete immersion experience that shuts out the physical world. Using VR devices such as HTC Vive, Oculus Rift or Google Cardboard, users can be transported into a number of real-world and imagined environments such as the middle of a squawking penguin colony or even the back of a dragon. In a Mixed Reality (MR) experience, which combines elements of both AR and VR, real-world and digital objects interact. Mixed reality technology is just now starting to take off with Microsoft’s HoloLens one of the most notable early mixed reality apparatuses.