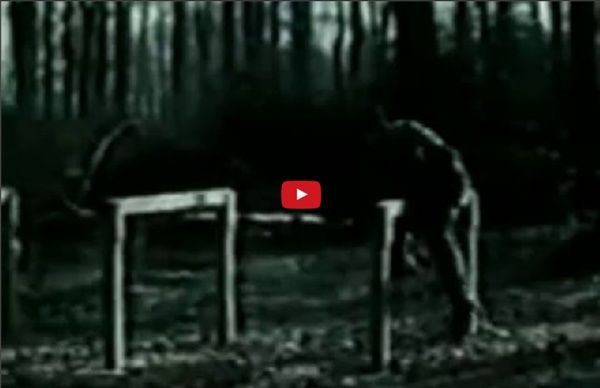 The Cheapest Generation - Derek Thompson and Jordan Weissmann In 2009, Ford brought its new supermini, the Fiesta, over from Europe in a brave attempt to attract the attention of young Americans. It passed out 100 of the cars to influential bloggers for a free six-month test-drive, with just one condition: document your experience online, whether you love the Fiesta or hate it. Young bloggers loved the car. Young drivers? Not so much. After a brief burst of excitement, in which Ford sold more than 90,000 units over 18 months, Fiesta sales plummeted. Don’t blame Ford. Adulthood, Delayed The Great Recession changed young Americans' attitudes about what it means to be an adult.by Derek Thompson In a bid to reverse these trends, General Motors has enlisted the youth-brand consultants at MTV Scratch—a corporate cousin of the TV network responsible for Jersey Shore—to give its vehicles some 20-something edge. Perhaps. Since World War II, new cars and suburban houses have powered the economy and propelled recoveries.

The Realist Report: How the "Holocaust" was faked The alleged "Holocaust" of "6 million Jews" at the hands of Adolf Hitler and National Socialist Germany during WWII is the biggest lie ever foisted upon humanity. The very idea that the Germans organized and executed a complex conspiracy involving "homicidal gas chambers" and other barbaric, sadistic forms of mass murder designed to exterminate European Jewry during WWII is laughable on its face when you stop and objectively think about it. National Socialist Germany and her allies were fighting a multi-front war against some of the most powerful nations in the world at the time, including the United States, the British Empire, and the Soviet Union. The idea that they would divert their precious and extremely scarce resources and manpower towards implementing a systematic campaign of mass murder specifically designed to annihilate European Jewry is absurd. There was no German conspiracy to systematically genocide and destroy European Jewry during WWII. Or this one:

Neurological Relativism by Robert Anton Wilson (Originally published in the March 1978 issue of New Libertarian, p.8) In my previous two columns, I have presented the case for the ultimate skepticism (i.e. solipsism) as strongly as I could, indicated that it not only can be defended on rigidly logical grounds (cf. Hume, David, works of), but also that is seemingly confirmed empirically by the practice of silent-level meditation. Of course, I am not a solipsist. I have even been on Welfare twice in my 45 years, for over a year each time. Nonetheless, my skepticism does verge very close to the solipsistic extreme, and Mr. The answer is the same as Godzilla gave on Saturday Night Live when Baba Wawa asked him, "How do you and Mrs. "Very carefully," said Godzilla. As the result of the yogic and alchemical disciplines I have practiced during the last 15 years, I know that the solipsist position is the minimal truth, i.e., that all we really know is a stream of sensation.

Recreating Balance: How to easily convert any music to 432hz and why A frequency is the number of movements up and down per second, called hertz. Energy is the ability to move, it is what fuels the movement up and down. 432hz tuning simply means that the note A in the middle of the musical scale will vibrate at 432hz, then all other notes along the scale are tuned accordingly. All octaves of the A note will be doubles or halves of that 432hz frequency (27, 54, 108, 216, 432, 864, etc) Here are various cosmic measurements, where we find the exact same numbers : Saturn polar diameter : 108,000 km Saturn orbital period : 10,800 day Venus orbital distance : 108 million km Earth orbital velocity : 108,000 km/hour Sun’s diameter is approximately 108 times the Earth diameter Earth distance from the Sun : 108 solar diameters Moon distance from the Earth : 108 lunar diameters Moon diameter : 2160 miles Earth meridian circumference : 21,600 nautical miles 25920 years of the galactic cyle/procession of the equinox : 432 x 60, 60 being at the basis of how we measure time Voila !

This Is What Winning Looks Like By Ben Anderson US Specialist Christopher Saenz looks out over the landscape during a patrol outside the village of Musa Qala, Helmand province. (AP Photo/Rodrigo Abd) I didn’t plan on spending six years covering the war in Afghanistan. All I had to do was trek out to one of the many tiny, isolated patrol bases that dot the barren, sunbaked landscape and hang out with British infantry troops to see the chaotic reality of the war firsthand: firefights that lasted entire days, suicide bombers who leaped onto unarmored jeeps from behind market stalls, IEDs buried everywhere, and bombs dropped onto Afghans’ homes, sometimes with whole families of innocent civilians inside. In 2006, when troops were sent into Helmand, British command didn’t think there’d be much fighting at all. But with each year that followed, casualties and deaths rose as steadily as the local opium crop. In February 2013, on his last day at the helm of NATO forces in Afghanistan, General John R. November 2012 – “Chai Boys”

Government in the Future Een lezing gegeven door Noam Chomsky in het Poetry Center in New York, 16 Feb. 1970, waarin hij de vier grote politieke ideologieën uiteen zet: (1) klassiek liberaal, (2) libertair socialisme, (3) staats-socialisme, (4) staats-kapitalisme. Uiteindelijk pleit hij voor het libertair socialisme. Video Audio De lezing is ook uitgegeven als boek, hier verkrijgbaar . Government in the Future I think it is useful to set up as a framework for discussion four somewhat idealized positions with regard to the role of the state in an advanced industrial society. Let me consider these four points of reference in sequence, beginning with the classical liberal point of view. Classical Liberalism Classical liberalism asserts as its major idea an opposition to all but the most restricted and minimal forms of state intervention in personal and social life. And, for the record, I think that this is an accurate description. Let me summarize the first point. Libertarian Socialism and Anarchism

I don't think this video belongs in The Venus Project.

I give this a 2/10 as it seems to be designed to scare rather then provide solutions. From my professional studies this video does not add up.

From practical experience in the workforce under the government and the "industrialists--businesses and companies," this video does have some merit as the workforce does not seem to use the (pseudo?) managment science I learned at school, nor do people behave in a manner that is expected--they actually seem to hate the work force and attack it. There is also mistrust between management and the workers.

Certainly in a practical view there does seem to be some very worrying reality to this video including the treatment of people fleeing their countries (illegal immigrants) and Frankly the video left me more confused then helping me. by electronics Jul 15