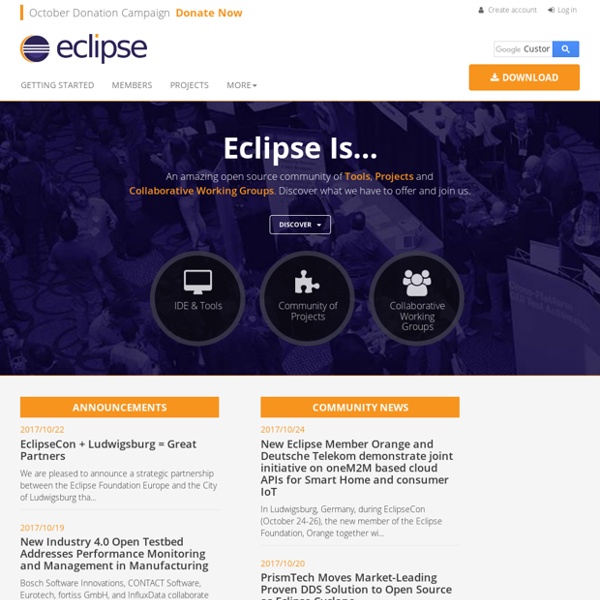 test everything — 100+ tools in one! Choose the tools with that you want to test the given adress: CSS and HTML validators SEO tools Social services 9 Actresses Who Are Real-Life MILFs In just a few weeks, the entire gang is returning to East Great Falls, Michigan for American Reunion. That can only mean one thing — Stifler’s mom will be on the hunt. In honor of cinema’s most esteemed MILF, we’ve decided to take a look at some of Hollywood’s real-life MILFs. Nelder Mead Toolbox Bibliography “Sequential Application of Simplex Designs in Optimisation and Evolutionary Operation”, Spendley, W. and Hext, G. R. and Himsworth, F.

Johnny Chung Lee - Projects - Wii As of June 2008, Nintendo has sold nearly 30 million Wii game consoles. This significantly exceeds the number of Tablet PCs in use today according to even the most generous estimates of Tablet PC sales. This makes the Wii Remote one of the most common computer input devices in the world. IAGA V-MOD Geomagnetic Field Modeling: International Geomagnetic Reference Field IGRF-11 IGRF11 is released. Download the latest IGRF model here : IGRF-11 coefficients (text file, excel spreadsheet) The International Association of Geomagnetism and Aeronomy (IAGA) has released the 11 th Generation International Geomagnetic Reference Field — the latest version of a standard mathematical description of the Earth's main magnetic field that is used widely in studies of the Earth's deep interior, its crust and its ionosphere and magnetosphere. The coefficients for this degree and order 13 main field model were finalized by a task force of IAGA in December 2009. The IGRF is the product of a collaborative effort between magnetic field modellers and the institutes involved in collecting and disseminating magnetic field data from satellites and from observatories and surveys around the world. The IGRF is a series of mathematical models of the Earth's main field and its annual rate of change (secular variation).

10 sites developers should have in their bookmarks Mysql Format Date MySQL Format Date helps you to format your dates using the MySQL DATE_FORMAT function. Just select a common date format and then change it to your suit your needs. The MySQL DATE_FORMAT code will be generated at the bottom of the page which you can then copy into your query. Visit site: Script Src

You can use the console inside Eclipse IDE to help debug common problems for Android. Typically, you can use console.log to output variables to determine their values and then view the console to see the results. The console doesn't allow you to see HTML; however, you can use Chrome's developer tools to change your browser's user agent to look and feel like a mobile device. by indigetal Nov 29