4 Types of Parenting Styles in 4 minutes 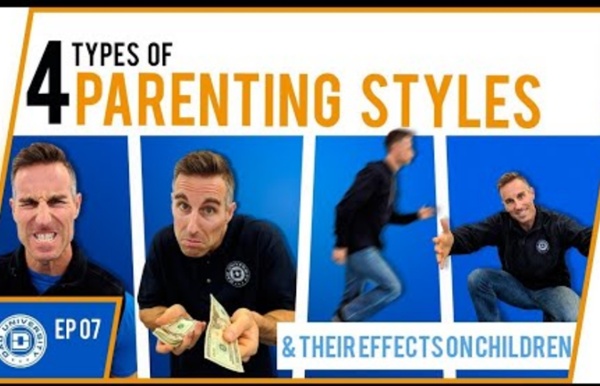 What is Your Parenting Style? The other day I was listening to my grandchildren play with their friends, and they were discussing whose parents were the easiest, and whose were the most strict. It took me back to my own childhood, when my friends and I would compare our parents' parenting styles. From a young age, children of every generation are very aware of the importance of different parenting styles. While each parent is unique, there are four main parenting styles that most of us ascribe to. Ready to find out what kind of parenting style you fall under?

Smaller families in Singapore, leading to unhealthy parenting styles SINGAPORE: It really didn’t seem that long ago when the Stop at Two campaign was in full swing, warning parents in Singapore that “the more you have, the less they (each) get”. Yet, the challenge today isn’t to discourage families from having many children, but to coax or even cajole young Singaporeans to get married earlier and have them. Compared to a few decades before, family sizes are shrinking as new parents tend to have less children. Couples satisfy themselves with one or two kids being the norm, and three the exception.

How Different Parenting Styles Affect Children In my previous blog post, I shared some traits of four different parenting styles. Based on my years as a researcher and educator, with a Ph.D. in Psychology and Doctorate of Education, I've learned that each parenting style has the possibility of affecting children in different ways. Children of Authoritarian Parents The child of an authoritarian parent -- a parent who offers too much structure and too little communication -- often feels insecure, performs for approval, and connects approval with love. What Is Permissive Parenting? - Experts Explain Permissive Parenting While permissive parents are often very responsive and loving, this parenting style is defined by having no rules.The term was developed by psychologist Diana Baumrind, who studied preschoolers and found their parents mostly fit into three main parenting styles: authoritative parenting, authoritarian parenting, and permissive parenting. (A fourth parenting style, neglectful parenting, was added later to address extremely uninvolved and emotionally distant parents.) Studies show children of permissive parents are more likely to show signs of anxiety and depression, aggression, have bad social skills, and do poorly in school. Permissive parenting can be bad for child development. "Permissive parents have a hard time setting limits with their children," says Laura Markham, Ph.D., author of Peaceful Parent, Happy Kids.

When Parents Clash: Managing Differences in Parenting Style Many aspects of a person’s life can influence their parenting style. The way an adult was parented, as well as parenting books and other guides, are a few factors. A parent’s unique fears and hopes for their child are another major influence. Cultural factors, such as gender roles, the community in which the family lives, religion, politics, socioeconomic status, and ethnic norms also play a role.

Parenting Style Quiz What does it take to be a good parent? Literature on parenting identifies four main styles: Authoritative, Authoritarian, Permissive and Uninvolved. These are based on the extent to which parents are responsive (offer warmth and support) and demanding (level of behavioral control). Research has shown that a failure to balance these two key aspects of parenting can have very harmful effects on children and their future conduct. Children who grow up in households where there is too much or too little of one trait (or even worse, no recognizable presence of either), tend to have difficulty with social adjustment and often show poor academic performance. Furthermore, they are at risk of developing low self-esteem and disciplinary problems, which often filter into more serious conditions when they reach adulthood in the form of depression and anxiety.

Support (Warmth) vs Control: The 4 Classic Parenting Styles Your parenting style is determined by how much control you assert on your children, and how supportive you are to their needs. Ultimately there is no single “best” parenting style. Some parents are more nurturing, open, and warm. Some are more strict, demanding, and assertive. American College of Pediatricians Adapted from Parenting for Character: Five Experts, Five Practices [i] Goal of parenting (as described by Dr. Dianna Baumrind): To achieve a healthy, well-developed child of optimal competence and character. I. 5 Parent Support Groups In Singapore For First-Time Parents Image adapted from Masterfile Forging friendships during adulthood isn’t as effortless as it was to buddy up with whoever you went to school with. Don’t even get us started on maintaining your position in a clique once you become a parent, and can no longer be jio-ed for last-minute hangout sessions and spontaneous supper at ungodly hours.

Effects of Authoritative Versus Authoritarian Parenting Style In response to the indictment last week of NFL player Adrian Peterson for child abuse, essayist Michael Eric Dyson wrote a thoughtful piece about the roots of corporal punishment within the American Black community. Among many insights is the following quote: article continues after advertisement "The point of discipline is to transmit values to children. The purpose of punishment is to coerce compliance and secure control, and failing that, to inflict pain as a form of revenge...." Dyson discusses the etymology of the two words. Why Parenting Styles Matter When Raising Children Developmental psychologists have long been interested in how parents affect child development. However, finding actual cause-and-effect links between specific actions of parents and later behavior of children is very difficult. Some children raised in dramatically different environments can later grow up to have remarkably similar personalities. Conversely, children who share a home and are raised in the same environment can grow up to have very different personalities. Despite these challenges, researchers have posited that there are links between parenting styles and the effects these styles have on children.

Many Singaporeans’ parenting style not helping children succeed - TODAYonline I was disturbed to read the report “MP proposes piloting cluster of schools without exams, streaming” (Jan 22). In the current debate on how best to restructure the education system, more people seem inclined to wash the outside of a dirty cup and call it clean, but leaving the inside filthy as ever. An examination-free education system would serve only to mask the inadequacies of the current generation of pupils, rather than help them to succeed. While some of the pressure they face is due to the existing system, my experience as an educator tells me that the root problem lies with the quality of young people now.

4 different types of parenting styles and how do they effect your kid? Introduction: Recently I was taking a walk in a park and I happen to notice a kid of four or five years with his maid. He was very enthusiastically relating to an incident that happened in his school to the maid. But the maid was not interested.