How We Can Keep Plastics Out of Our Ocean 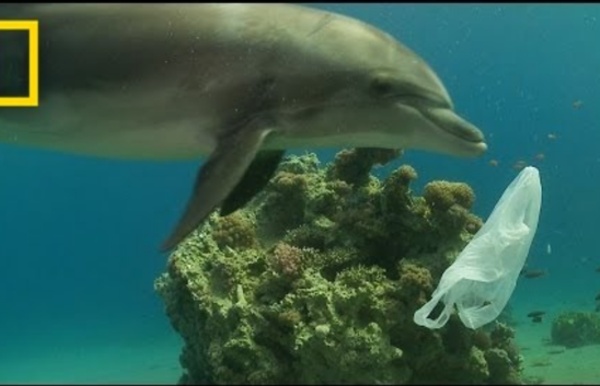 Ocean Animals Science Projects & Lessons Ocean animals come in almost every shape and size imaginable. Some are beautiful, others are funny looking. Some are predictable, others have strange habits and weird abilities. Some are microscopic, others are massive. National Geographic Society Microplastics, as the name implies, are tiny plastic particles. Officially, they are defined as plastics less than five millimeters (0.2 inches) in diameter—smaller in diameter than the standard pearl used in jewelry. There are two categories of microplastics: primary and secondary. Primary microplastics are tiny particles designed for commercial use, such as cosmetics, as well as microfibers shed from clothing and other textiles, such as fishing nets. Secondary microplastics are particles that result from the breakdown of larger plastic items, such as water bottles. This breakdown is caused by exposure to environmental factors, mainly the sun’s radiation and ocean waves.

Ocean pollution Marine debris Marine debris is another persistent pollution problem in our ocean. Marine debris injures and kills marine life, interferes with navigation safety, and poses a threat to human health. National Geographic Society We have all seen the photos: birds nesting in piles of garbage along the shore, fish fatally caught in discarded netting, and huge mosaics of debris floating in the ocean. Even more alarmingly, what we see in these poignant images is only a portion of the problem. Approximately half of all plastic pollution is submerged below the ocean surface, much of it in the form of microplastics so small that we may never be able to clean them up completely. To cut through the enormity of the ocean pollution crisis, one approach is to focus on something recognizable within these images of debris.

30 Ocean Pollution Facts That Will Blow Your Mind The ocean remains one of the most vast, mysterious and diverse places on our planet. But as we’ve learned, it’s vulnerable to something as simple as the human touch. Every day our environment is being threatened by ocean pollution and, as you might expect, marine life is suffering at an alarming rate. Click here for our free guide: 6 Steps to Successful Recycling and Waste Reduction The numbers to support this?

It might be the world's biggest ocean, but the mighty Pacific is in peril The Pacific Ocean is the deepest, largest ocean on Earth, covering about a third of the globe's surface. An ocean that vast may seem invincible. Yet across its reach — from Antarctica in the south to the Arctic in the north, and from Asia to Australia to the Americas — the Pacific Ocean's delicate ecology is under threat. In most cases, human activity is to blame. 5 Threats to Sea Turtle Survival - AquaViews Nearly all species of sea turtles are considered endangered and are facing the risk of becoming completely extinct within a few decades if their treatment doesn’t change. There are many threats to sea turtle survival, both natural and man-made, but here are just five that are totally within human control. Climate Change Sea turtles are but one species immediately affected by climate change.

COVID-19 Has Worsened the Ocean Plastic Pollution Problem Eight million metric tons of plastic waste enter the oceans every year. This equates to one garbage truck’s worth of plastic being dumped into our oceans every minute. The total weight is the equivalent of 90 aircraft carriers. On top of that, models project that by 2050, there will be more plastic by weight than fish in the oceans.

15 Things You Can Do to Help Keep Oceans Clean Each year, millions of people plan trips to the most beautiful beaches all around the world for relaxing afternoons of sunbathing and swimming in the ocean. Our beaches and oceans are a natural wonder that should be taken advantage of, after all. But they're also facing a pollution crisis. From untold tons of plastic to carbon emissions and household chemicals getting into our waterways, the dangers facing marine life are mounting. In honor of World Environmental Health Day on September 26, it's important to realize that it's not enough just to enjoy our oceans—we also have to keep them clean and actively protect them. And here are 15 ways you can help.

Oceans Shark tagged from submarine for first time in history Pacific Ocean Atlantic Ocean Arctic Ocean Deepest Dive Under Antarctica Reveals a Shockingly Vibrant World It’s like the apocalypse, but smaller Oceans Issues & Threats (USA) With such an incredible amount of plastic waste taking over our oceans, we are witnessing a pollution crisis occur around the world. Trash is being eaten by marine life and has entered every level of the food chain — even ending up in the seafood on our plates. Global fish populations — a critical source of food for millions of people — are in danger of collapsing due to widespread and destructive fishing practices.