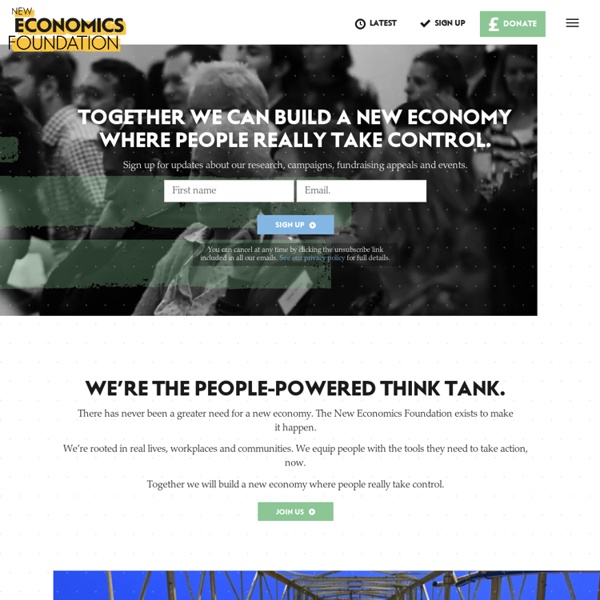 Aboriginal and Torres Strait Islander Social Justice - Australian Human Rights Commission The position of the Aboriginal and Torres Strait Islander Social Justice Commissioner was created by the federal parliament in December 1992 – a response to the findings of the Royal Commission into Aboriginal Deaths in Custody and the National Inquiry into Racist Violence. It was also a response to the extreme social and economic disadvantage faced by Indigenous Australians. Social justice is about making sure that every Australian – Indigenous and non-Indigenous – has choices about how they live and the means to make those choices. (Mov.Mujeres USA) CODEPINK_Grupo_Local Peace Economy Want to grow your Local Peace Economy, but don’t know where to start? Here is a 1-week starter guide that will help you sow the seeds to peace. To begin you will want to set aside a special notepad or notebook where you will be jotting down notes regarding your one-week local peace economy challenge.

Rocky Mountain Institute - Driving the Efficient Use of Resources Creating Better Buildings Achieving deeper levels of energy savings will require a scaling up of investment in energy efficiency. RMI’s new practice guide on how to calculate and present value from deep energy retrofits can help drive that investment. Zady.com The new standard Setting the Stage The Role of Business in Society Defining Sustainability Getting to Know Mapping Materials Getting to Know Cotton Getting to Know Linen Getting to Know Wool Getting to Know Alpaca The Truth about Cashmere Polyester Fashion And Fashion x Climate Change Fashion x Water Fashion x Forests Fashion x Corruption Fashion x Animals Fashion x Soil Fashion x Toxicity Lifecycle Closed Loop, A Primer Designing for Sustainability Care for our Clothes Good Ridding roll over an object to view articles

Just Change India - Welcome to JC Just Change ......... A grassroots response to the global economy that has left the vast majority of people powerless, with little or no control over the factors that influence their lives. With growth and financial gain having become the driving force behind all economic activity, this faceless market economy has slowly eroded our sense of community. (New Economy working group)"The Corporation" and Large Scale Enterprises in the New Economy About the Discussion Beginning in the 1970s, profitability pressures led the capitalist class in advanced countries to shift away from investment in industrial production at home toward the higher returns that financial products promised. Accompanying this was an absolute decline in the bargaining power of labor, a decline in wages and the dispersion of production throughout the developing world.

Is Fashion a Credible Platform for Protest? LONDON, United Kingdom — Last week in Paris, Chanel appropriated the visual signifiers of feminist protest for its seasonal runway show. In a finale led by Karl Lagerfeld, a bevy of supermodels took to a catwalk christened “Boulevard Chanel” holding signs with slogans such as “History is Her Story,” “Make Fashion Not War,” and “Tweed Is Better Than Tweet.” On the same day in Hong Kong, a genuine protest was underway.

Module 11: Indigenous knowledge & sustainability Introduction Sophisticated knowledge of the natural world is not confined to science. Human societies all across the globe have developed rich sets of experiences and explanations relating to the environments they live in. (USA-instituto interesante) Publications - The Tellus Institute for a Great Transition Angels by the River In this new memoir, Tellus Associate Fellow Gus Speth describes the arc of his life’s journey from a leader in environmentalism and human development, to a highly regarded author, thought-leader, and activist for fundamental social change. Great Transition: The Promise and Lure of the Times Ahead Describes the historic roots, future perils, and alternate pathways for world development, and advances for a new agenda