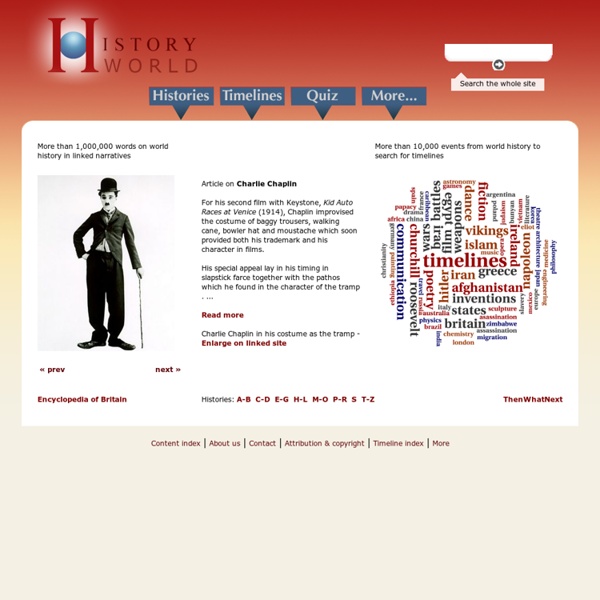 History of French art The earliest porch of Chartres cathedral - the triple entrance in the west façade - introduces Gothic sculpture in its most extreme form. Each of the biblical kings and queens stands on a tiny platform projecting from a tall, thin pillar. To suit their circumstance, their bodies are impossibly elongated within the tumbling pleats of their full-length robes. Yet their faces, by contrast, are realistic and benign . ... Read more

The Beats and Sixites Counterculture The 1960s are associated with what Frank calls ‘the big change, the birthplace of our own culture, the homeland of hip’, a period of various shifts that have shaped our current society[1]. This hints at an underlying consensus that the 1960s were a time of high artistic endeavour, the centre of countercultural resistance, and some of the cultural ripples that are still being felt today. by Jed Skinner What factors influenced this period of time for this decade to be so prominent? The cluster of significant events that occurred in the late Sixties has led Gitlin to compare this time to ‘a cyclone in a wind tunnel’[2], and Rabinowitz argues that ‘the 1960s confound representation – or rather narrative – because words fail; image and sound […] are what remain’[3]; events and figures that ‘stand out’ in these ways are those that are likely to receive the most attention.

Sumerian Mythology FAQ by Christopher Siren, 1992, 1994, 2000 cbsiren at alum dot mit dot edu This FAQ used to be posted on the third of every month to alt.mythology. The Christmas Truce THE "Christmas truce" is a term used to describe a series of unofficial cessations of hostilities that occurred along the Western Front during Christmas 1914. World War One had been raging for several months but German and Allied soldiers stepped out of their trenches, shook hands and agreed a truce so the dead could be buried. The soldiers also used that truce to chat with one another and, some claim, even play a football match.

Library of Congress The Library of Congress has many websites designed for young readers and for the whole family to explore together. Veteran's History ProjectCollecting, preserving, presentingMemories of American war veteransSo future generations may hear & understand the realities of war The Industrial Revolution and the changing face of Britain An exhibition at the Barber Institute of Fine Arts (2008-9) During the late 18th and early 19th centuries, Britain experienced change in all aspects of life, as a result of the Industrial Revolution. Scientific advances and technological innovations brought growth in agricultural and industrial production, economic expansion and changes in living conditions, while at the same time there was a new sense of national identity and civic pride. The most dramatic changes were witnessed in rural areas, where the provincial landscape often became urban and industrialized following advances in agriculture, industry and shipping. Wealth accumulated in the regions and there was soon a need for country banking. These themes were explored in the temporary exhibition The Industrial Revolution and the Changing Face of Britain at the Barber Institute of Fine Arts in 2008–9, and are summarized in this essay.

The Early Middle Ages, 284–1000 Professor Paul Freedman, Chester D. Tripp Professor of History Description Major developments in the political, social, and religious history of Western Europe from the accession of Diocletian to the feudal transformation.

A Brief History of Water and Health Attachments( 3 files ): 3 image files Water is life – and life on earth is linked to water. Our existence is dependent on water, or the lack of it, in many ways, and one could say that our whole civilization is built on the use of water. European Views of the Americas: 1493-1750 Content Includes: More than 32,000 records Coverage of European exploration and portrayals of Native American peoples Subjects include: British in America Commerce Discoveries Dutch in America French in America Great Britain—Colonies Jesuits (and other religious orders) in America Pirates Slave trade This free historical archive is a comprehensive guide to printed records about the Americas written in Europe before 1750 from European Americana: A Chronological Guide to Works Printed In Europe Relating to the Americas, 1493-1750. Try it now for free. This authoritative bibliography is well-known and respected by scholars worldwide, and a valuable index for libraries, researchers and individuals interested in European works that relate to the Americas.

Classic Age The National Academy in Athens, with Apollo and Athena on their columns, and Socrates and Plato seated in front represents the intellectual legacy of the Classic Age that continues to inform how humans understand life, truth and the universe. Classical antiquity, era, or period is a broad term for a long period of cultural history centered on the Mediterranean Sea, which begins roughly with the earliest-recorded Greek poetry of Homer (eighth-seventh century B.C.E.), and continues through the rise of Christianity and the fall of the Western Roman Empire (fifth century C.E.), ending in the dissolution of classical culture with the close of Late Antiquity (300—600 AD), or the similar and better known periodization of history, the Early Middle Ages (500-1100 C.E.). Such a wide sampling of history and territory covers many rather disparate cultures and periods. Ancient Greece Ancient Greece is the period in Greek history lasting for close to a millennium, until the rise of Christianity.

Hey Mrs.CoffeeJitters, I need more friends and people to organize the info that interests us. I personally have a thirst to know. Join us, if your interest is world history then lets expand on that and share. by oye411 Jan 29