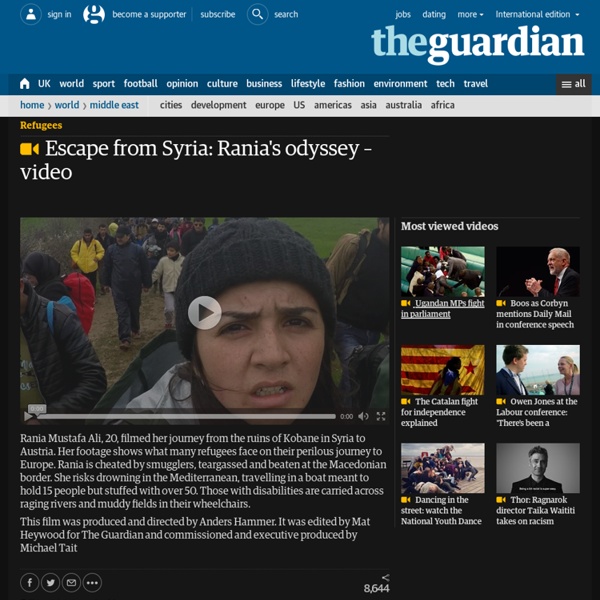 The US is stingier with child care and maternity leave than the rest of the world In most American families led by couples, both parents are in the workforce. At the same time, nearly 1 in 4 U.S. children are being raised by single moms. Yet child care is generally unaffordable and paid leave is not available to most U.S. parents. Around the world, however, most employed women automatically get paid maternity leave. War on the wildest places: US bill may open pristine lands to development The Big Snowy Mountains wilderness study area in Montana represents 91,000 acres of the wildest land left in America. Viewed from a limestone bluff high in a timbered gulch, no houses are visible. No transmission lines or roads interrupting the expanse of green.

Are Americans Still Puritan? “I THINK I can see the whole destiny of America contained in the first Puritan who landed on those shores,” the French political thinker Alexis de Tocqueville wrote after visiting the United States in the 1830s. Was he right? Do present-day Americans still exhibit, in their attitudes and behavior, traces of those austere English Protestants who started arriving in the country in the early 17th century? It seems we do. Consider a series of experiments conducted by researchers led by the psychologist Eric Luis Uhlmann and published last year in the Journal of Experimental Social Psychology.

Climate refugees? Where's the dignity in that? This week the Guardian has been running a major series on "climate refugees" about the village of Newtok in Alaska, which faces an imminent threat to its existence from erosion. The term is problematic for a number of reasons. The first being that people who are facing movement do not like the term. The word "refugee" brings to mind a number of (not always accurate) images: tented camps, long lines of people walking, dangerous boat crossings.

On Father's Day, 27 Vintage Photos of Dads Around the World As the U.S. prepares to celebrate Father’s Day on the third Sunday of June, these photos of dads around the world show that a father’s love is universal. Unlike Mother’s Day, which began to be widely observed in 1908 and was quickly recognized as an official national holiday by President Woodrow Wilson in 1914, Father’s Day took several decades to be declared a national holiday. It was first celebrated in 1910 in Washington state but wasn’t officially recognized until 1972, when it was acknowledged by President Richard Nixon.

Ghana's Illegal Galamsey Gold Mining Affecting Cocoa Farmers, Chocolate Supply Obuasi, GhanaKwaku Asare grabbed his machete and trekked through the bush to his cocoa farm—through winding pathways and hills, past ominous pits of muddy water, and underneath the low-hanging canopy of dried cocoa leaves. But the trees were bare. A few rotting cocoa pods littered the ground, while other stunted pods refused to ripen on the branches. “When the Chinese came, they told me that my plants were not yielding anymore because there was so much gold under the soil,” Asare said. After a few years of low production, he sold his 14 acres to a group of small-scale gold miners, also called galamsey miners, with a Chinese sponsor. Why do we think poor people are poor because of their own bad choices? Cecilia Mo thought she knew all about growing up poor when she began teaching at Thomas Jefferson senior high school in south Los Angeles. As a child, she remembered standing in line, holding a free lunch ticket. But it turned out that Mo could still be shocked by poverty and violence – especially after a 13-year-old student called her in obvious panic. He had just seen his cousin get shot in his front yard.

A poem about refugees you need to read - UNHCR Innovation Following the November 2015 Paris attacks, a wave of anti-refugee sentiment made its way overseas to the United States as multiple governors and Congressmen began expressing an unwillingness to accept Syrian refugees. To Jason Fotso―eighteen years old at the time―this shut-door stance contradicted the longstanding U.S. policy of welcoming in refugees, and more symbolically, the sonnet inscribed on the Statue of Liberty. He sought to capture this spirit in a dual-perspective piece, one that would transform the very words of antagonism into those of empathy: an original poem, entitled “the refugees.” The Refugees, authored by Jason Fotso. (Follow the punctuation, ignore the spacing.) Turn away the refugees.