Christmas Around the World, Christmas Traditions and Celebrations in Different Countries and Cultures 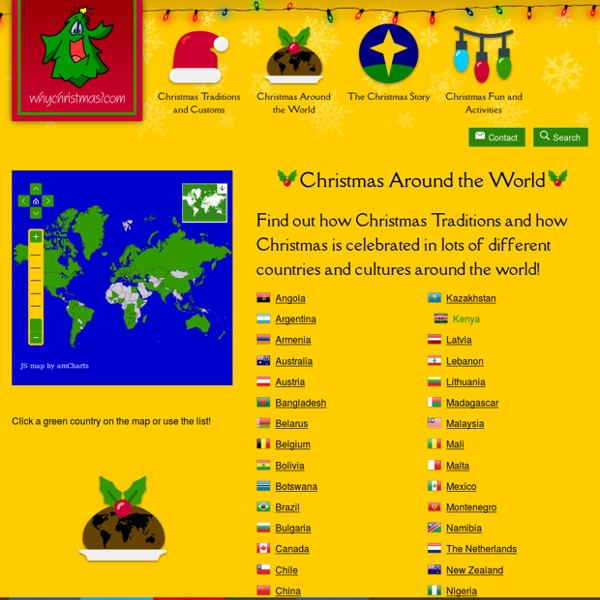 Music is Great Introduction This lesson is about music and, in particular, music festivals, which have become an increasingly popular phenomenon in recent times. The lesson aims to develop speaking and listening skills and provides practice of the sub-skills of reading for gist and reading for specific detail. The students’ own experiences and opinions form the basis of all discussion and extension work. Four Nations Nick: This is London and behind me are the Houses of Parliament. Parts of these buildings are more than nine hundred years old. This is where the laws of the UK are debated and created. The United Kingdom is actually made up of four different countries: England, Scotland, Wales and Northern Ireland.

11 of the Best Grammar and Writing Apps for High School Students At last count, there were over 80,000 educational apps available to teachers. There are apps for everything: literacy, STEM, productivity, audiovisual, etc. There are apps which improve accessibility for students with different learning challenges, i.e. text to voice, voice to text, etc. While many of these may be a dream come true for educators, the dizzying array of choices is also a nightmare.

365 Creative Writing Prompts As an Amazon Associate I earn from qualifying purchases. Thank you for your support! Sharing is caring! What they didn't teach you about the first Thanksgiving in school The story of the first Thanksgiving, as told to American children, goes something like this: When the Pilgrims first made it to Plymouth Rock, they suffered through a desperate winter and had great difficulty surviving. But eventually, and with the help of Squanto the friendly Indian, they learned how to grow food. Finally, despite mistrust on both sides, the Pilgrims and Indians ended up making peace and eventually sharing a feast together, which we commemorate today on Thanksgiving. This story isn't exactly inaccurate.

Teenagers: Games Games make us laugh. We all like to laugh. Pleasure is very motivating. 10 Best Free Listening Websites with Quizzes to Practise for Listening Exams So what do you do to practise listening for exams? Growing up, I never had the opportunity to do any extra practice to improve my listening skills. We didn’t have the Internet and the thousand possibilities it offers to learners of any language nowadays. The teachers had an old tape player that sometimes stopped and started on its own and old tapes that ended up sounding distorted and most of the times unlistenable so if you wanted to get better at listening, you just listened to the radio and struggled to understand the lyrics and sing along. Not that I ever complained. That was the perfect excuse to listen to music while claiming to be working hard.

Kids world travels guide Here are some interesting facts about India for kids which were chosen and researched by children especially for children. India Facts | Country Facts Population: 1.37 billion people live in India (2019)Capital city: New Delhi with about 29 million inhabitantsName: Republic of India or Bharat Ganrajya (in Hindi)Government: DemocracyLanguages: 22 official languages: Hindi is the most commonly spoken language and spoken by more than half of the Indians.Religion: mainly Hindus (80.5%), but also Muslims (13.4%) and other faiths.Currency: 1 Indian Rupee (INR) = 100 PaiseHistory: Around 7000 BCE the first settlements were built in the area. The Indus Valley civilisation developed as the first urban culture in South Asia. Mahatma Gandhi National Days: India has three national days: Republic Day, Independence Day and Gandhi's Birthday!

mondegreens A Collection of Humorous Mondegreens The word Mondegreen, meaning a mishearing of a popular phrase or song lyric, was coined by the writer Sylvia Wright. As a child she had heard the Scottish ballad "The Bonny Earl of Murray" and had believed that one stanza went like this: Ye Highlands and Ye Lowlands Oh where hae you been? They hae slay the Earl of Murray, And Lady Mondegreen. Poor Lady Mondegreen, thought Sylvia Wright. Charlie And The Chocolate Factory For the first time in a decade, Willy Wonka, the reclusive and eccentric chocolate maker, is opening his doors to the public--well, five members of the public, actually. The lucky five who find a Golden Ticket in their Wonka bars will receive a private tour of the factory, given by Mr Wonka himself. For young Charlie Bucket, this a dream come true. Book Author: Roald Dahl