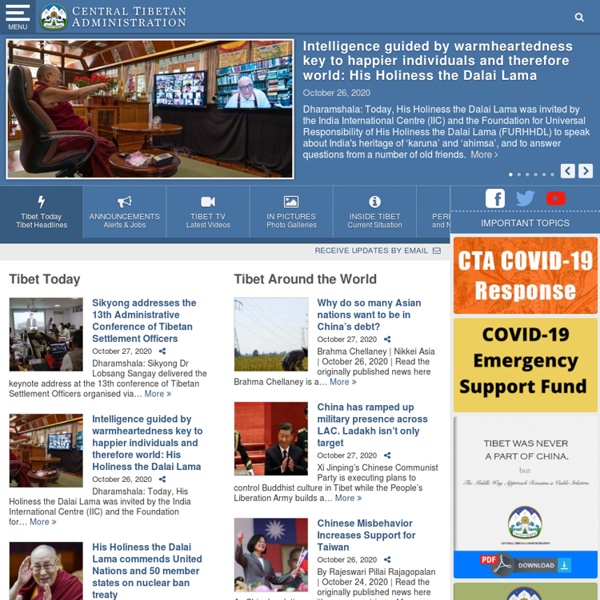 Zen | early Tibet Why does history get written? I think we’d all agree that the motives for creating history are mixed, and just as complex as the uses it gets put to after it’s written. Though most of Tibet’s histories are histories of religion, it would surely be naive to imagine that the motives of their authors were wholly religious. After all, the union of religion and politics (chösi zungdrel in Tibetan) was not just a fact of life in Tibet, it was an ideal, a dearly-held expression of the uniqueness of Tibet’s culture. So how does this apply to the story of the great debate between Chinese and Indian Buddhism that is supposed to have taken place at Samyé monastery under the aegis of the emperor Tri Song Detsen? The debate is certainly presented in religious terms, as a battle between two interpretations of the Buddhist scriptures. The classic account of the debate and the source for all later Tibetan historians, is the Testament of Ba. So where does the story of the debate fit into this? 1. 2.

Dalai Lama Oslo 1989 Prix Nobel de la Paix China’s new directive on controversial Shugden spirit in Tibet in bid to further discredit Dalai Lama - International Campaign for Tibet A copy of the document, entitled “Some opinions on dealing correctly with the ‘Gyalchen Shugden’ issue” and issued by the General Office of the Communist Party Committee of the Tibet Autonomous Region, is translated below from Tibetan into English. It was released on February 20, 2014, but has only just reached ICT due to restrictions on information and the dangers of sending such documents outside Tibet. The document states that the issue “should be given a high degree of importance, and clearly recognized as a deceitful ploy by the 14th Dalai’s Clique to split the country.” This characterization of the issue indicates that Tibetans who encourage others not to propitiate the spirit in accordance with the Dalai Lama’s advice could face criminal charges and imprisonment. The Dalai Lama, who himself had propitiated Shugden at one time, has said that after thorough investigation there were “profound historical, social and religious problems associated with it.”[1] Footnotes

Discours Martin Luther King le 28 Août 1963 Washington Site Sunyata Discours du Chef Indiens Aché - Chronique des Indiens Guayaki de Pierre Clastres Orazio della Penna - Pennabilli | Oraziointibet.it Le livre Tibétain de la Vie et de la Mort I Stand For Tibet: 6 Reason Why "Tibet" is not Part of China. Tibet's history Tibet had history written over 2,000 years ago. The Genghis khan's mongol empire expanded over almost half of the world .The Tibetans had agreement for full protection for the exchange of religious blessing and teaching.That religious relation became so close even to Kublai khan. Language Tibet has the one most beautiful language in the world. These Himalayan Bees Make Psychedelic Honey by Claire Asher | Curious Meerkat Deep in the forests of the Himalayas, the World’s largest bee is making honey that’ll knock your socks off. So precious is this honey that locals in China and Nepal risk their lives to harvest and sell it to wealthy asian men and curious tourists. But what is all the fuss about ‘mad honey’ and what makes it so special? Mad honey, also known as red honey, is produced by the Himalayan cliff bee (Apis dorsata laboriosa), the largest bee in the world at just over 3cm long. It is the highland subspecies of a relatively common bee, Apis dorsata, however only the highland species has access to the Rhododendron flowers that make it’s honey mad. Honey made from the nectar of the poisonous Rhododendron flowers comes with some pretty potent properties. In small amounts, the honey is intoxicating, giving a feeling of relaxation and a pleasant dizziness and tingling sensation. By:Claire Asher Thanks to Curious Meerkat for this article Featured Image | Image 2 More Posts