Reconstructing the Faces of Pompeii Victims 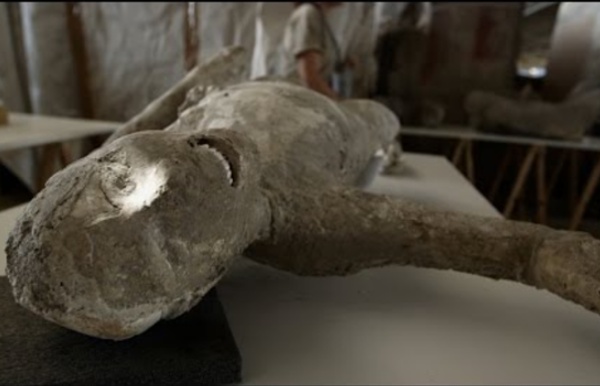 Taking Notes By Hand May Be Better Than Digitally, Researchers Say Laptops are common in lecture halls worldwide. Students hear a lecture at the Johann Wolfang Goethe-University on Oct. 13, 2014, in Frankfurt am Main, Germany. Thomas Lohnes/Getty Images hide caption toggle caption Thomas Lohnes/Getty Images The 2018 Midterms and the Specter of Voter Suppression Read: The ‘hubris’ of the Supreme Court’s voting-rights ruling On Saturday, President Donald Trump ensured that the issue would be front and center as Election Day approached. “All levels of government and Law Enforcement are watching carefully for VOTER FRAUD, including during EARLY VOTING,” he tweeted.

The world's movement of people - in one map With the refugee crisis in Syria, the result of the US presidential election and the Brexit vote, it’s no surprise that the movement of people is such a major talking point. The world is experiencing the biggest displacement of people since the Second World War, with more than 22 million displaced from their home countries. More than 1 million people arrived in Europe in 2015 alone. This map, posted on metrocosm.com and based on estimates from the UN Population Division, gives a remarkable insight into the extent of global migration. It shows the estimated net migration by origin and destination between 2010 and 2015. Each yellow dot represents 1,000 people, while blue dots indicate positive net migration, and red negative net migration.

Buddhism: 11 Common Misunderstandings and Mistakes People believe many things about Buddhism that simply are incorrect. They think Buddhists want to get enlightened so they can be blissed out all the time. If something bad happens to you, it's because of something you did in a past life. Everybody knows that Buddhists have to be vegetarians. Digital Collections, Available Online Collection Alan Lomax Collection The Alan Lomax Collection includes ethnographic field documentation, materials from Lomax’s various projects, and cross-cultural research created and collected by Alan Lomax and others on traditional song, music, dance, and body movement... Contributor: Association for Cultural Equity - Archive of American Folk Song - Lomax, Alan - American Folklife Center Date: 1933 Collection Items: View 6,612 Items

'Tank Man': The iconic image that China doesn't want you to see This picture sent ripples throughout the world on June 5, 1989, the morning after the Chinese military violently suppressed the Tiananmen Square protests. The sheer strength of this photo — one unarmed man, alone and helpless against several tanks — resonated with the entire globe — but not with China’s leaders. Today, more than 26 years later, we still don’t know who this man is and what happened to him, and the entire event is massively censored in China. The Tiananmen Massacre The Man Who Documented Native American Cultures Edward Sheriff Curtis The Man Who Documented Native American Cultures by Chris Nelson Born on a Wisconsin farm in 1868, Edward Sheriff Curtis became fascinated with photography early on, building his own camera at the age 10.

2nd Grade Students Cover Their Teacher’s Dress In Drawings, And Her Story Takes Over The Internet Sometimes arming a bunch of 8-year-olds with paint and markers doesn’t have to result in a disaster. In fact, it can turn into a beautiful work of art! This is exactly what happened to Haley Curfman, a 2nd-grade teacher in Blackwell, Oklahoma. Growing Up Surrounded by Books Has a Lasting Positive Effect on the Brain, Says a New Scientific Study Image by George Redgrave, via Flickr Commons Somewhere in the annals of the internet--if this sprawling, near-sentient thing we call the internet actually has annals--there is a fine, fine quote by filmmaker John Waters: We need to make books cool again. If you go home with somebody and they don’t have books, don’t fuck them. Don’t let them explore you until they’ve explored the secret universes of books.

The Plot to Subvert an Election: Unraveling the Russia Story So Far On an October afternoon before the 2016 election, a huge banner was unfurled from the Manhattan Bridge in New York City: Vladimir V. Putin against a Russian-flag background, and the unlikely word “Peacemaker” below. It was a daredevil happy birthday to the Russian president, who was turning 64. In November, shortly after Donald J. Trump eked out a victory that Moscow had worked to assist, an even bigger banner appeared, this time on the Arlington Memorial Bridge in Washington: the face of President Barack Obama and “Goodbye Murderer” in big red letters.

Recent discoveries fundamentally change our picture of human evolution - Business Insider As anthropologists have discovered new species of human ancestors, our understanding of human history has changed. By sequencing the genomes from our Neanderthal and Denisovan cousins, scientists have also gained new insight into the genetic origins of our species. As researchers make more of these breakthroughs, the puzzle of who we are and where we came from gets more complicated.The earliest humans may have emerged much earlier, and in a different place in the world, than scientists previously thought.Visit Business Insider's homepage for more stories.

How Native American tribes are bringing back the bison from brink of extinction On 5,000 hectares of unploughed prairie in north-eastern Montana, hundreds of wild bison roam once again. But this herd is not in a national park or a protected sanctuary – they are on tribal lands. Belonging to the Assiniboine and Sioux tribes of Fort Peck Reservation, the 340 bison is the largest conservation herd in the ongoing bison restoration efforts by North America’s Indigenous people. The bison – or as Native Americans call them, buffalo – are not just “sustenance,” according to Leroy Little Bear, a professor at the University of Lethbridge and a leader in the bison restoration efforts with the Blood Tribe.