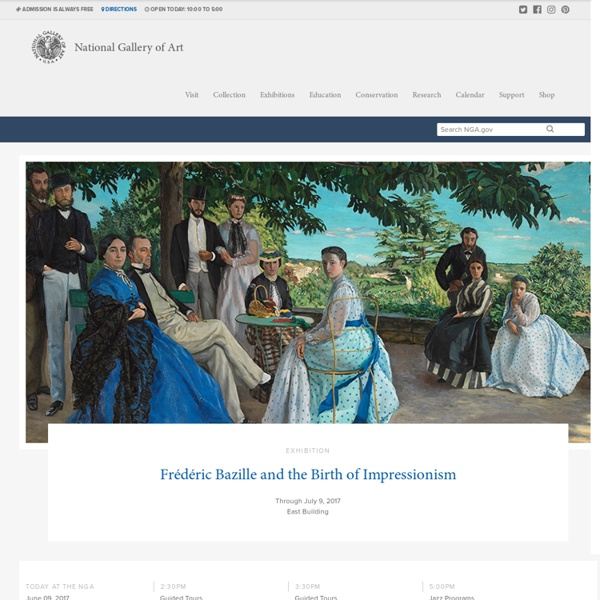 National Women's History Museum | Online Exhibits Skip to main content Donate Online Exhibits For centuries, women were told to stay home, take care of the cooking and cleaning, and don’t push the boundaries. These women challenged those ideas. Read More Outdoor Adventurers This exhibit spotlights the rich and vibrant voice of black women leaders in the movement and highlights their significant roles and contributions. Standing up for Change Women have played an essential role in the functions of NASA for almost a century. The Women of NASA Explore the historic reasons women are underrepresented in science, technology, engineering, and mathematics today. Breaking In: Women in STEM Fashion is more than just clothing. Fashioning Yourself! Explore the women who have served in Congress over the past 100 years. Legislating History Explores the cultural, political, and social barriers women have overcome to play competitive sports. Game Changers Harriet Tubman was an outspoken advocate for African American and women's rights. Harriet Tubman New Beginnings

Tate Modern Entry details Entry to the collection remains free for everyone. Advance booking is recommended but tickets are often available on the door. Exhibition entry is paid and requires a timed ticket: Visitors with a disability pay a concessionary rate, and entrance for companions is freeMembers and Patrons have free entry to exhibitions but must book a timed ticket before visitingUp to four children aged 11 and under go free per parent or guardian£5 family child tickets are available for children aged 12–18 years For more information see our Booking and Ticketing FAQs. Entrance Entry is via the Turbine Hall ramp and exit via Level 1. Bag size policy Bags and items larger than cabin bag size (55cm x 40cm x 20cm) are not permitted in the gallery. Security We take security very seriously and work closely with {*style:<a href=' Project Servator teams{*style:</a>*}.

The Museum of Modern Art - Chaîne YouTube “It would not be a commonplace portrait at all, but a carefully composed picture, with very carefully arranged colors and lines. A rhythmic and angular pose. A decorative Félix, entering with his hat or a flower in his hand.” This painting, a masterpiece in the Museum’s collection, will be the centerpiece of Félix Fénéon, the first exhibition dedicated to Fénéon (1861–1944). The exhibition will feature some 130 objects, including major works that Fénéon admired, championed, and collected, as well as contemporary photographs, letters, and publications that trace key chapters in his biography. Subscribe for our latest videos, and invitations to live events: our collection online: Commit to art and ideas. The comments and opinions expressed in this video are those of the speaker alone, and do not represent the views of The Museum of Modern Art, its personnel, or any artist. Commit to art and ideas.

National Women's History Museum | Oral Histories As American men left the industrial labor force to enlist during World War II, American women entered the workforce in unprecedented numbers. The demands of a wartime labor market made it more acceptable for women to take on jobs in manufacturing, utilities, and transport that in peacetime had mostly been done by men. The War Advertising Council, which implemented a massive national campaign to usher women into the workplace, became an integral part in organizing the movement. Recruiting two million women into the workforce to support the war economy, the “Women in War Jobs” campaign is considered to be the advertising industry's most successful recruitment campaign in the United States. Women came from all over the country to work in the assembly lines of defense production plants that were converted or built to mass produce ever more sophisticated armaments. The American Rosie Movement has worked since 2008 to pull together interviews of “Rosies” from across the nation. Arlene Snyder

History Is Fun | Jamestown Settlement & American Revolution Museum at Yorktown Interactive Experiences Tap into online learning opportunities that keep minds engaged using innovative technology designed to extend the learning experience. Embark on interactive adventures with digital tools that dig deeper into America’s beginnings and draw meaningful connections to today. Legacy Wall Explore the legacies of Jamestown and their impact on America. Liberty Tree Share your thoughts with the world by posting a message on the Liberty Tree. Artifactually Yours Determine which 17th-century artifact you’d match with in this personality quiz. How Revolutionary are You? Play this online quiz to be paired with your revolutionary counterpart.

5 Ways to Make Art on the First Day of School The first few days of school can be tough. Students are still being dropped and added to your classes, making it difficult to teach content. Many of your students’ other classes are going over rules, procedures, and syllabi. Usually, when students get to class you can see the boredom coming from their faces. Sure, it’s important to go over rules and procedures, but does it have to be on the very first day of school? 1. Painted paper is nice to have in the classroom. Have students collaborate on large pieces of paper and explore mixing different color combinations. Creating painted paper will give you the opportunity to show and discuss proper clean-up routines for painting. 2. Design challenges are a great way to start your school year. This list of 5 ideas is a great start. 3. Because students’ schedules can change frequently within the first week of school it makes it difficult to start longer-term art projects. 4. 5. What are your favorite first day of school activities?

Museo Nacional del Prado Glenshee Archaeology Project Pictish Village Reconstruction Venture deep into the hills and visit a lost Pictish settlement that people called home 1,500 years ago. Tuesday, 7th April 2020, 5:00 pm Updated The world of the ordinary Pict has been brought to life in extraordinary fashion with a virtual reality tour of the settlement at Lair, Glen Shee where armchair visitors are brought up close to ancient Pitcarmick longhouses and their residents as well as their clothes, tools and animals. The community at Lair has been excavated and researched over the past five years in a major community project organised by Perth and Kinross Heritage Trust. The project has been credited with piecing together the everyday life of the Picts with its findings used to inform the digital reconstruction. Sign up to our daily newsletter The i newsletter cut through the noise David Strachan, director of Perth and Kinross Heritage Trust, said that people all over the world could now get an insight of this remarkable site.

ART - The 1st Language: ART ONE Focus on Composition, Simple Depth, Color Mixing, Color Scheme 4 practice sheets including value scales and 3/D sphere on white and colored paper / colored fruit 3/D value using only Y. R. B. / horizontal depth scape with borders, 100% color mixing, color scheme, 3D value3 small sketches of your final ideasone on one TEACHER APPROVALno smaller than 9x12 white or colored papermust have a planned COLOR SCHEME that communicates a feeling, mood or idea3/D VALUE2/3 of the paper must be covered with color OR less than 1/3 white space or it will be considered incompleteALL -----100% of the color must be mixed color / use no color straight from the pencil Colored Pencil Society of America / Links for contests and Online Exhibition Contest Winners in Colored Pencil Federal Duck Stamp Program Colored Pencil Pinterest Board FOLDED CONCEPT SHEETThis is the very first thing that Art One students work on.