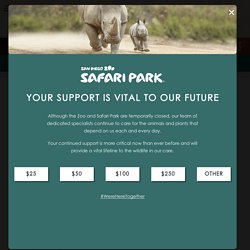 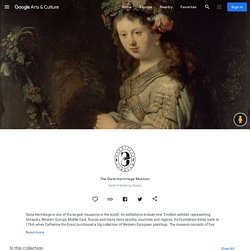 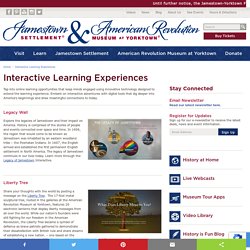 Louvre Museum. Louvre Museum's Visitor Trails. Here, Ingres transposed the antique theme of the female nude to the Near East, a place he had traveled to only in his dreams and the pretext for the sensual image of a naked woman in a harem—hence the title, The Large Odalisque—set against an exotic background. 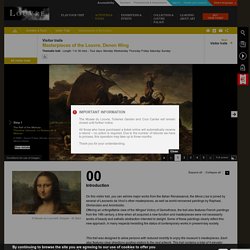 Until the end of his life, Ingres continued to paint exotic scenes and female nudes, one of his favorite subjects—as in The Turkish Bath—drawing on influences as diverse as Raphael, the Mannerists, and Persian miniatures. Whereas Ingres, like his master David, was a classical artist in terms of technique and his interest in antiquity, which he showed in other works, he distanced himself from this trend by giving priority to draftsmanship, pure lines, and sensual curves, distorting anatomical reality if necessary. This odalisque has three vertebrae too many. The Metropolitan Museum of Art. Musée d’Orsay. Museo Thyssen-Bornemisza. A Virtual Tour of the Mütter Museum. MASP - Museu de Arte de São Paulo Assis Chateaubriand. 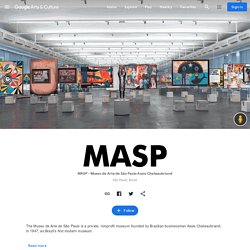 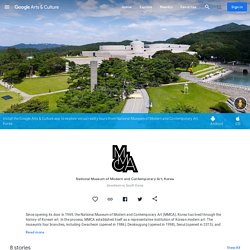 In the process, MMCA established itself as a representative institution of Korean modern art. The museum’s four branches, including Gwacheon (opened in 1986), Deoksugung (opened in 1998), Seoul (opened in 2013), and Cheongju (expected to open in 2017), each in its own way, will continue to carry out MMCA’s commitment to the art and culture of Korea by enriching the first-hand cultural experience of the viewing public. Boasting a superb natural landscape surrounding the site, MMCA Gwacheon will be devoted to various genres of visual arts such as architecture, design, and crafts. Located within a historical site, MMCA Deoksugung will showcase modern art from Korea and overseas. National Museum of the USAF. National Women's History Museum. Skip to main content Donate. 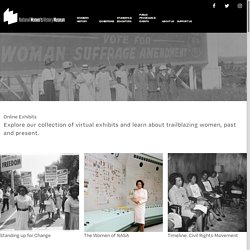 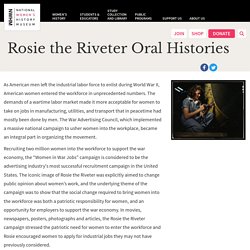 The demands of a wartime labor market made it more acceptable for women to take on jobs in manufacturing, utilities, and transport that in peacetime had mostly been done by men. The War Advertising Council, which implemented a massive national campaign to usher women into the workplace, became an integral part in organizing the movement. Recruiting two million women into the workforce to support the war economy, the “Women in War Jobs” campaign is considered to be the advertising industry's most successful recruitment campaign in the United States.

Women came from all over the country to work in the assembly lines of defense production plants that were converted or built to mass produce ever more sophisticated armaments. The American Rosie Movement has worked since 2008 to pull together interviews of “Rosies” from across the nation. Arlene Snyder. The Salvador Dali Museum. Smithsonian National Museum of Natural History. Studio Ghibli Tour. Thyssen-Bornemisza Museo Nacional - Rembrandt and Amsterdam Portraiture, 1590 - 1670. Vatican Museum Virtual Tour. 12 Frank Lloyd Wright You Can Visit Digitally. Ever wanted to go inside Frank Lloyd Wright’s iconic Fallingwater? 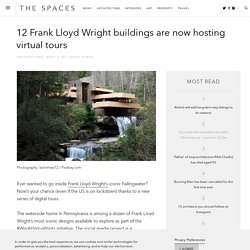 Now’s your chance (even if the US is on lockdown) thanks to a new series of digital tours. The waterside home in Pennsylvania is among a dozen of Frank Lloyd Wright’s most iconic designs available to explore as part of the #WrightVirtualVisits initiative. The social media project is a collaboration between the Frank Lloyd Wright Building Conservancy, the Frank Lloyd Wright Foundation and Unity Temple Restoration Foundation. The participating organisations will swap a short video touring a different Wright-designed house on their social media channels at 12 pm CST every Thursday over the coming weeks.

‘It is precisely at this time, when so many are shut inside, that we need to experience beauty and inspiration,’ said the Frank Lloyd Wright Building Conservancy. 13 Virtual Train Rides From Around the World. Bryce Canyon Tour. Carlsbad Cavern Tour. Dry Tortugas Tour. Glenshee Archaeology Project Pictish Village Reconstruction. Venture deep into the hills and visit a lost Pictish settlement that people called home 1,500 years ago. 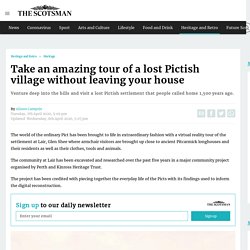 Tuesday, 7th April 2020, 5:00 pm Updated The world of the ordinary Pict has been brought to life in extraordinary fashion with a virtual reality tour of the settlement at Lair, Glen Shee where armchair visitors are brought up close to ancient Pitcarmick longhouses and their residents as well as their clothes, tools and animals. The community at Lair has been excavated and researched over the past five years in a major community project organised by Perth and Kinross Heritage Trust. Hawai'i Volcanoes Tour. Kenai Fjords Tour.