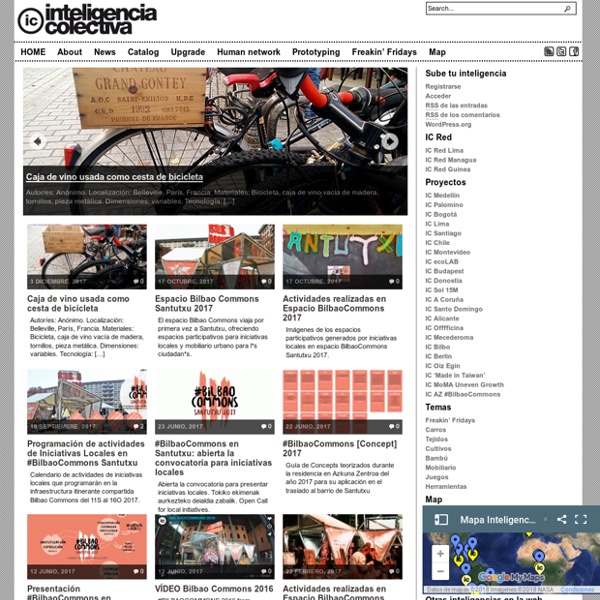 Estudio Teddy Cruz - La Jolla - Architects In the context of a post 9-11 political equator that divides the world and the city between enclaves of mega-wealth and sectors of poverty, urbanities of labor and surveillance, the formal and informal, our institutions of architecture representation and display have lost their socio-political relevance and advocacy. estudio teddy cruz : from the global border to the border neighborhood The perennial alliance between militarization and urbanization is reenacted at the San Diego / Tijuana border and later reproduced in many US neighborhoods, as the expansion of a social legislation of fear is transforming the 11 million illegal laborers who mostly live there into criminal suspects. What are the implications of these forces of control on one hand and of non-conformity on the other in the reshaping of the American City? Our projects primarily engage the micro scale of the neighborhood, transforming it into the urban laboratory of the 21st century.

Copenhagen Institute of Interaction Design The Copenhagen Institute of Interaction Design (CIID) is a postgraduate school and consultancy based in Copenhagen, Denmark which focuses on the area of interaction design. It was launched in 2007[1] and in 2008, completed its Pilot Year programme in an attempt to establish a full-time Masters course in the field.[2] The Pilot Year was awarded financial funding by The Enterprise and Construction Authority (EBST), the Danish Ministry of Culture, Novo Nordisk and the JL Foundation.[3] Now in its sixth year, the new batch of students are participating in the Interaction Design Programme 2014. The institute is based in an independent building in the center of Copenhagen, and the school and its postgraduate Interaction Design Programme is in collaboration with Design School Kolding, one of two main design schools in Denmark. The course is headed by Simona Maschi, and its board and faculty include people such as Gillian Crampton-Smith and Bill Verplank.

Permanent Camping / Casey Brown Architecture Architects: Casey Brown Architecture Location: Mudgee NSW Design Architect: Rob Brown Project Architect: Hernan Alvarez Area: 18.0 sqm Year: 2007 Photographs: Rob Brown, Penny Clay Builder: Jeffrey Broadfield Structural Consultant: Ken Murtagh Mechanical Consultant: Jonathan Temple Located on a remote pristine mountain on a sheep station in central western NSW, this structure was the realisation of a dream for the client. Sited at the edge of a ridge surrounded by large granite boulders and ancient dead trees, the tower has panoramic views for hundreds of miles to the horizon. Conceived as a retreat for one or two people, the building has a minimal 3x3m footprint providing shelter. The structure is a two storey copper clad tower; the sides open up on the ground level to provide wide verandahs to the north, east and western elevations.

This Nazi Beach Holiday Resort Stands Completely Empty Alongside a wide, sandy beach on the German island of Rügen in the Baltic Sea stands the world’s biggest hotel. A hotel so huge it stretches over a staggering three miles and has 10,000 bedrooms all facing the sea. Surprisingly even though this beach resort was built more than 70 years ago, not a single guest has ever stayed there. That is because this beach resort named Prora was build by the Nazis between 1936 and 1939 on Hitler’s orders. During that same period, Hitler was making preparations for war which ultimately took priority, and the massive building project was never finished. BLDGBLOG: The City and its Flooded Double [Image: "Aqualta: 5th Avenue & 35th Street, NYC," by Studio Lindfors; view larger]. Studio Lindfors—of Cloud Skippers and Cloud City fame—have released a stunning new series of images, published here on BLDGBLOG for the first time, in which we see New York City and Tokyo after a catastrophic flood. [Image: "Aqualta: Garment District, NYC," by Studio Lindfors; view larger]. Called Aqualta, the project is an exquisitely produced tour of a hydrologically transformed metropolis.

Deskontalia Store / VAUMM Architects: VAUMM Location: Donostia, San Sebastian, Spain Design Team: Javier Ubillos Pernaut, Marta Alvarez Pastor, Iñigo garcía Odiaga, Jon Muniategiandikoetxea Markiegi, Tomás Valenciano Tamayo Year: 2012 Photography: Aitor Ortiz When somebody thinks about a shop, he can hardly avoid thinking about the products sold inside, and therefore those products are those which give sense of the need for a space. What would it happen if that object of desire was any? What if no one? For Deskontalia store, located in a urban downtown street, the sale has occurred even before one reaches the local. The space should be a pick up point for any product that one could imagine buying over the Internet, but even something else. Namhae Cheo-ma House / JOHO Architecture Architects: JOHO Architecture Location: Gyeongsangnam-do, Korea Architect In Charge: Jeonghoon Lee Area: 576 sqm Photographs: Sun Namgoong, Jeonghoon Lee Rural houses, or farmhouses are easily seen around countryside. However, these artificial forms are being placed here and there thoughtlessly in Mother Nature. A common stereotyped rural houses around Namhae, Jindo, and Pyeongchang have set a scenery of 20th century’s Korean farm village. One might say, the system of a local constructor also being a designer also being a constructor is extremely economical in terms of building rural houses. However, mother nature we have is too nice to only covered with identically produced rural houses.

1960s Utopian Groups The 1960s saw a second wave of utopian architecture in Europe following the social utopias imagined in the 1920s. Some of the approaches focused on emerging cultural conditions, such as mobility and flexibility, whilst others, such as those of Constant Nieuwenhuys and Yona Friedman, saw their utopias as instruments of societal change. What often related these approaches architecturally were mega-structures that could be 'plugged-into' or 'clipped-onto', providing a framework which could be modified, adapted and extended.

International 2015 Biennially Archiprix International presents the world's best graduation projects in the fields of architecture, urban design and landscape architecture. All university-level training colleges around the world are invited to take part by selecting and submitting their best graduation project. Archiprix International forms the largest presentation of graduation work and offers unrivalled insight into current trends in design education globally and architecture generally. The initiative reflects rapid international developments in the design disciplines. Recent decades have seen an explosive growth in the scale of international contact, resulting in lively exchanges world-wide. Increasing numbers of designers work on commissions abroad, professional journals are published on an international scale, and training colleges are becoming more and more international in their orientation.

Open E Land Open E Land is part of a worldwide movement working to transition to a sustainable, just, resilient social-economic model. Our name reflects our beliefs: Knowledge should be shared openly and not encumbered by patents or trade secrets. Our economic, environmental, and energy problems are all linked and cannot be solved in isolation. We need to profoundly change our agricultural systems and our relationship with the land. Inspired by the free software, Open Source Ecology and maker movements we’re developing our site in Extremadura, western Spain, to be a space for learning about and developing open source projects; in the vein of energy and food production, water use, communications, structural building, or anything else which could prove of value to the world.

CAD files of 241 metropolitan areas 241 CAD files of metropolitan areas, for architectural and urban planning applications. These .DXF files are prepared for use in programs such as AutoCAD and Rhinoceros. How to Use "MY OFFICE IS WHERE I AM" / PHOTOGRAPHY / GRAPHIC DESIGN / CONTEMPORARY ART / FASHION /personal site... Signage for the ‘Tour Intesa San Paolo’ in Turin design : l’autobus impérial (Source: autobus-imperial.com) 1 month ago