MUST SEE!!! THIS IS HAPPENING NOW!! NANO TECHNOLOGY AND THE NWO BRAIN IMPLANTS 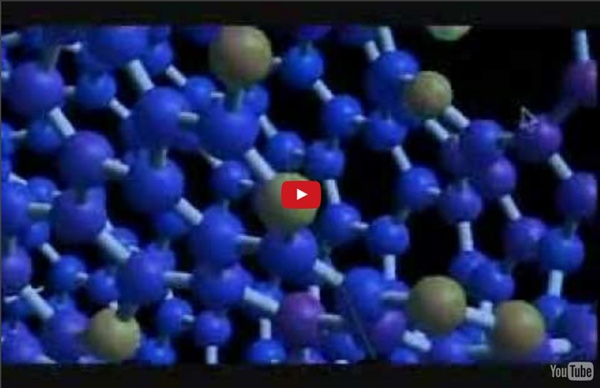 "Transhumanist Agenda" : The Smart Dust That Can Turn Everyone Into A Robot EU Panel: Human robotization, Nano implant technologies, Mind control slavery, Neurological weapons torture, Gang stalking Panel: Magnus Olsson, Dr. Henning Witte, and Melanie Vritschan from the European Coalition Against Covert Harassment with Alfred Lambremont Webre Using detailed research, the EUCACH.ORG panelists describe Transhumanist Agenda that is now using advanced scalar technologies, super quantum computers, a quantum cloud, a super grid of over 1000 grids that is connected to HAARP for global coordinated mind control of a growing population of human robots that are created via these technologies for a global control and enslavement agenda. EUCACH.ORG Panel In a 2-hour wide-ranging Panel with Alfred Lambremont Webre on the Transhumanist Agenda, Magnus Olsson, Dr. Six million brain-entrained humans in the European Union alone A lower level of the pyramid includes the Swedish and German military-Intelligence agencies. Can the Transhumanist Agenda be stopped? Links 1. 2. 3. 4. 5.

Scientists Develop Robot That Can ''Breed'' By Nicholas West When I wrote an article in January 2014 entitled, "Robots to Breed with Each Other and Humans by 2045," it was met with some skepticism to say the least. Although some very influential and credible people in robotics and cybernetics were the ones making the claims, there was a bit of leap of definition required when talking about robots literally "breeding" and having "babies." George Zarkadakis, an artificial intelligence engineer, defined breeding in terms of autonomous robots aiming to produce superior offspring, whether through 3D printing or at the molecular level through their silicon and carbon make-up. Professor Noel Sharkey from England’s Sheffield University pointed to the same concept as the “Wikipedia for Robots” – through a simple software swap, new intelligence could be created, as well as the likelihood of other upgrades like virus protection. ‘This is not science fiction,’ he said. Source This is all done without human intervention.

Newsnight: Susan Watts: Assessing the impact of Venter's 'synthetic life' A Sprinkling of Smart Dust Written by Catherine Bolgar The “Internet of Things” allows industrial companies to tune or monitor equipment and processes with sensors. But how can these be best positioned and remain connected? One solution is to use smart dust, deployed in oil refineries, industrial process automation, breweries, waste-water treatment and elsewhere. Smart dust was conceived in the mid 1990s by Kristofer S.J. By 2001, Dr. But with growing industry interest in smart dust, he founded a company, Dust Networks (acquired later by Linear Technology), to work on possible industrial applications. When we got out of the university setting, we learned that size wasn’t particularly important, but power and reliability are,” Dr. The sensors had to be so efficient that their batteries would be able to last a decade, and communications technology had to function in harsh industrial conditions. “We found that as we made these things better, the package gets smaller,” Dr. “The n Photos courtesy of iStock

Chinese Factory Loses 90% of Its Workforce to Robots By Joshua Krause Ever since China joined the World Trade Organization in 2001, the US has had millions of manufacturing jobs outsourced to the growing nation. But what most Americans don’t realize is that many of these Chinese workers also feel cheated by this arrangement. They’re just as frustrated with us, because they can’t afford the products that they build for the American consumer. Over the years, this resentment has fueled a surge of labor strikes and demands for better pay for these workers. So it should come as no surprise that factory owners are more than willing to automate these jobs. The Changying Precision Technology Company factory in Dongguan has automated production lines that use robotic arms to produce parts for cell phones. This is the world we live in now. But I digress. China, however, never became wealthy from absorbing these jobs. Those questions should inspire dread among America’s current workforce.

Smart Dust; Old Technology | Jasper and Sardine The US started hearing about a substance that could be used to track the movements of any person who touches, or walks across, a contaminated surface. in 1963. It wasn’t until 1984 that they got a sample of the stuff. A defecting agent revealed that powder containing both luminol and a substance called nitrophenyl pentadien (NPPD) had been applied to doorknobs, the floor mats of cars, and other surfaces that Americans living in Moscow had touched. They would then track or smear the substance over every surface they subsequently touched. The revelation caused a scandal, not so much because of the tracking, but because of the potential health hazards of what came to be known as “spy dust.” Technically, the substance probably wasn’t used in dust form. The study concluded that spy dust is a “useful shadowing pursuit.” Original Article: Like this: Like Loading...

Ray Kurzweil about GF2045 and 'Avatar' Founded by Russian entrepreneur Dmitry Itskov in February 2011 with the participation of leading Russian specialists in the field of neural interfaces, robotics, artificial organs and systems. The main goals of the 2045 Initiative: the creation and realization of a new strategy for the development of humanity which meets global civilization challenges; the creation of optimale conditions promoting the spiritual enlightenment of humanity; and the realization of a new futuristic reality based on 5 principles: high spirituality, high culture, high ethics, high science and high technologies. The main science mega-project of the 2045 Initiative aims to create technologies enabling the transfer of a individual’s personality to a more advanced non-biological carrier, and extending life, including to the point of immortality. A large-scale transformation of humanity, comparable to some of the major spiritual and sci-tech revolutions in history, will require a new strategy.

Humans to become 'pets' of AI robots, says Apple co-founder Wozniak (NaturalNews) If you needed just one more reason to trash your iPhone, this is it. Apple co-founder Steve Wozniak recently told a crowd of techies in Austin, Texas, that the future of humanity will predicate on artificially-intelligent (AI) robots keeping people as "pets" - and Wozniak says he's actually looking forward to this grim, robot-dominated future. Building upon Apple's "Siri" concept, which is AI in its infancy, Wozniak's vision for 100 years from today is that humans will be literally owned by AI robots, much like how humans currently own dogs or cats. Robots will be in charge, in other words, and humans will be their slaves. And all of this will somehow be "really good for humans," in Wozniak's view. Speaking at the Freescale Technology Forum 2015, Wozniak told eager listeners that putting robots in charge is a good thing because, by that point (100 years from now), they'll have the capacity to become good stewards of nature, "and humans are part of nature," he says. Sources:

The Body Snatchers In 1956, 1978 and 1997 Hollywood made and remade a movie called "Invasion of the Body Snatchers," based on a 1955 story by Jack Finney. For some reason, the entertainment industry likes to feed us films that become cult hits, with fantastic storylines and plots, of which people say (after the scary stuff is over), "That was just a movie!" The question: Is it just a movie? As we burrow into various rabbit holes (termed "conspiracies" by those who don't believe us), we find parallels between Hollywood movies of yesterday and what is being unearthed today. "Invastion of the Body Snatchers" and its creepy "seed pods" that formed replicas of people that took their minds and bodies over while they slept left a lot of people scared to go to bed at night. An industry synopsis of the first "Body Snatchers" film:"Something evil has taken possession of the small town of Santa Mira, California. For those who have seen the film, what do we most remember? Samuels continues ... ...

Smart Dust & The New Matrix But my intuition is telling me this is about to change. By making solidly researched connections to other advanced military projects, a picture of the true nature of the Chemtrail Operation is beginning to emerge. This isn't about merely controlling the weather or altering human biology. It's about controlling.. everything. What we see. When you consider the capabilities and ambitions of this new breed of advanced technology, you begin to understand how limitless the possibilities will eventually be. This is my conclusion; we are witnessing the birth of a new control mechanism. As bold and far-reaching a statement that may appear to be, it doesn't even begin to scratch the surface. Or as a scientist currently engaged in this endeavor recently stated "Smart dust is like the brain. By Peter Kupfer If Kristofer Pister has his way, we will never think about dust in quite the same way again. MEMS are made using the same photolithographic techniques used to make computer chips. Pushing the Limits

Researchers' New Nanoscale Solar Cells Could Revolutionize Solar Industry University of Maryland Department of Electrical and Computer Engineering Assistant Professor Jeremy Munday and graduate students Yunlu Xu and Tao Gong have designed a new type of nanoscale solar cell that they predict could outperform traditional devices by as much as 40 percent. This new technology could revolutionize the solar industry by allowing for significantly more power generation from a single device by simply making it much smaller. Xu, Gong, and Munday had their research on the Shockley-Queisser limit for nanostructured solar cells published in Scientific Reports, an online, open access journal from the publishers of Nature. The journal publishes scientifically valid primary research from all areas of the natural and clinical sciences. The Shockley-Queisser limit describes the maximum solar energy conversion efficiency achievable for a particular material and is the standard of comparison for new photovoltaic technologies. Image Credit Source: University of Maryland