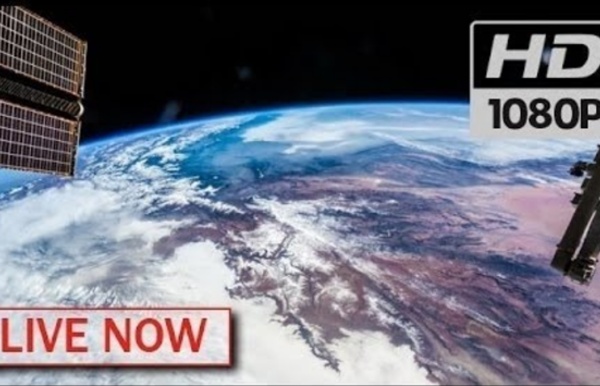 Elon Musk’s Mars project is the ultimate symbol of our throwaway culture Elon Musk made some rather wild promises at the International Astronautical Congress last week: his SpaceX company is going to start sending people to Mars by 2024, and in 40 to 100 years, he will have a million of us living there. I have one big question about this. Why bother? Mars is a rotten place to live. You can’t breathe, eat, drink or go outdoors; the soil’s toxic, constant radiation streams in from space, and the average temperature is -60C. Gravitational waves: breakthrough discovery after two centuries of expectation Physicists have announced the discovery of gravitational waves, ripples in the fabric of spacetime that were first anticipated by Albert Einstein a century ago. “We have detected gravitational waves. We did it,” said David Reitze, executive director of the Laser Interferometer Gravitational-Wave Observatory (Ligo), at a press conference in Washington. The announcement is the climax of a century of speculation, 50 years of trial and error, and 25 years perfecting a set of instruments so sensitive they could identify a distortion in spacetime a thousandth the diameter of one atomic nucleus across a 4km strip of laserbeam and mirror.

cosmic dawn Astronomers have detected a signal from the first stars as they appeared and illuminated the universe, in observations that have been hailed as “revolutionary”. The faint radio signals suggest the universe was lifted out of total darkness 180m years after the big bang in a momentous transition known as the cosmic dawn. The faint imprint left by the glow of the earliest stars also appears to contain new and unexpected evidence about the existence and nature of dark matter which, if confirmed by independent observatories, would mark a second major breakthrough. “Finding this minuscule signal has opened a new window on the early universe,” said Judd Bowman of Arizona State University, whose team set out to make the detection more than a decade ago. “It’s unlikely we’ll be able to see any earlier into the history of stars in our lifetime.”

'A new way to study our universe': what gravitational waves mean for future science You wait 100 years for a gravitational wave and then four come along at once. Or so it must seem to those who spent decades designing and building the exquisite instruments needed to sense the minuscule ripples in spacetime that Albert Einstein foresaw in his 1905 theory of general relativity. The first gravitational wave bagged by physicists reached Earth on 14 September 2015 and sent a quiver through the US-based Laser Interferometer Gravitational-Wave Observatory (Ligo). The second hit three months later, on Boxing Day, followed by a third in January this year.

Why are astronomers interested in gravitational waves? (Intermediate) - Curious About Astronomy? Ask an Astronomer When you look up at the night sky, you see a very particular view of the Universe. You see electromagnetic radiation, light, at optical wavelengths from objects like stars. If your eyes could see radio waves, which are another wavelength of light, they would see a very different picture of the Universe. The sources of radio light are different than the sources of optical light. quantum supremacy For Google it was a historic announcement: a declaration that it had won the race to achieve “quantum supremacy” – the moment that a futuristic quantum computer performed a task that stumped even the most powerful standard computer in the world. But for all the fanfare, which saw Google’s CEO Sundar Pichai compare the feat to building the first rocket to reach space, the claim has sparked a bunfight. The tech firm’s rival, IBM, was swift to dismiss the excitement. Google has not, it asserts, achieved the highly prized goal of quantum supremacy. Google published its claim in the journal Nature on Wednesday after an earlier report on the work appeared briefly on a Nasa website last month.

Black hole image released by Event Horizon Telescope team in world first - Science News - ABC News Scientists have glimpsed the event horizon of a black hole for the very first time. Key points black hole Key points: The world-first image shows the supermassive black hole at the centre of M87, a neighbouring galaxy to our own Milky WayThe image is the result of a seven-year project linking telescopes all over the world to create 'a dish the size of the planet'The fact the image matches so closely to predictions is a confirmation of Einstein's theory of general relativity Until now, every image of a black hole you have ever seen has been an artist's impression. "We've been studying black holes so long that sometimes it's easy to forget that none of us has actually seen one," said France Cordova, director of the US National Science Foundation, at one of seven simultaneous press conferences where the scientists announced their findings to the world.

crispr use inside body Scientists say they have used the gene editing tool Crispr-Cas9 inside a person’s body for the first time, a new development in efforts to operate on DNA to treat diseases. A patient recently underwent a procedure at the Casey Eye Institute at Oregon Health & Science University in Portland for an inherited form of blindness, the companies that make the treatment announced on Wednesday. They would not give details on the patient or when the surgery occurred. It may take up to a month to see whether the procedure worked to restore vision. If the first few attempts seem safe, doctors plan to test the technique on 18 children and adults. “We literally have the potential to take people who are essentially blind and make them see,” said Charles Albright, the chief scientific officer at Editas Medicine, a Massachusetts-based company developing the treatment with Dublin-based Allergan.