What Do You Desire Thought Provoking Motivation By Alan Watts 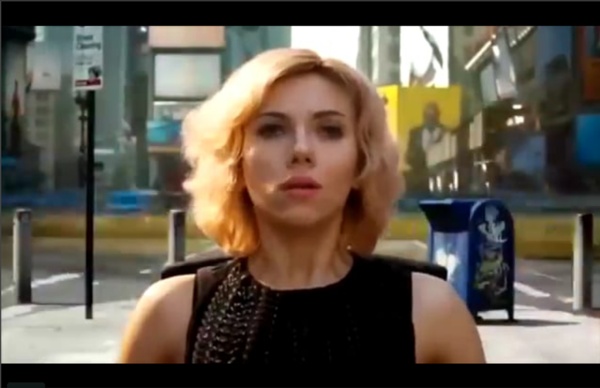 BlavatskyLibrary.Net contains 100s of books & pamphlets on HP Blavatsky & Theosophy BlavatskyLibrary.Net Compiled by Daniel H. Caldwell (Author of The Esoteric World of Madame Blavatsky) Most pdf files are "photographic facsimiles" of the original (first) editions of books and journals. Integrated Media Pro: Online Social Exposure - 24-7 Press Release Our most popular package is suitable for any size business. Your news is sent to newspapers, magazines, journalists, bloggers & consumers. Highlights: Send to our database of 3000+ US newspapers and 1500+ magazines News release can appear on search engines Google, Bing & Yahoo Your news is sent to 200+ premium news sites Your news appears on 24-7 Newswire industry news sites Your news is sent to the Associated Press (includes USA Today, New York Times, Wall Street Journal and AP Exchange for 30,000+ journalists access) Your news is made available to journalists and bloggers through our Media Desk Your news appears through RSS and News Widget feeds

Orly x MuslimGirl Halal-Certified Nail Polish Many Muslim men and women are not able to wear regular nail polish because it conflicts with prayer practices. The coats of polish are believed to create a barrier over the skin, which prevents water from touching every part of the body during ablutions, but Orly's new polish collection offers a solution. In an effort to bridge the diversity gap in the beauty world, the polish brand has teamed up with Muslim Girl to release a new collection of six halal-certified polishes, all of which let oxygen and moisture pass through the polish. The Breathable line called #HalalPaint features adorably sassy polish names like Haram-Bae, The Perfect Amani-Cure, What the Fatima?, Ig-Noor the Haters, and more, named by MuslimGirl.com founder Amani Al-Khatahtbeh and the Muslim Girl team.

Papyrus of Ani; Egyptian Book of the Dead [Budge] 1240 BC THE PAPYRUS OF ANI (THE EGYPTIAN BOOK OF THE DEAD) Translated by E.A. Wallis Budge "Homage to thee, Osiris, Lord of eternity, King of the Gods, whose names are manifold, whose forms are holy, thou being of hidden form in the temples, whose Ka is holy. Thou art the governor of Tattu (Busiris), and also the mighty one in Sekhem (Letopolis). fastcoexist Power in the 21st century means something very different than it did even a few decades ago. Military might, territory, and physical borders often aren’t as important as trade partnerships, resources, and infrastructure. When you think about who will be the global superpower of the next 100 years, consider this: China has a paltry military compared to the U.S., yet it is the number one trade partner of twice as many countries. "Our very logic, or metrics, of what constitutes power have changed," says Parag Khanna, a senior research fellow in the Center on Asia and Globalization at the National University of Singapore. It’s not who rules this or that territory that rules the world, he says—it’s who rules the supply chain.

Links to Theosophical Texts Online: Online Theosophical Libraries Alpheus - conducted by Govert Schuller Alpheus - Esoteric History Alpheus - Krishnamurti These Aerial Photos Explain Why Europe Has Such A Lower Carbon Footprint Than The U.S. The average European has about half the carbon footprint of the average American, but that isn't necessarily because the average German is trying to be greener than someone in Montana. In part, it's a function of sprawl; American suburbs have a hefty footprint largely because of long commutes and oversized houses. In a new series of aerial photos commissioned by Yale 360, photographer Alex MacLean flew over Europe to document land use patterns, along with the continent's transformation to renewable energy.

The Book of the Dead, Free PDF, ebook, epub Format: Global Grey free PDF, epub, Kindle ebook Pages (PDF): 298 Publication Date: 1895 (Download links are just below book description) Book Description: Classroom Commands On the first day of class students learn the vocabulary related to inside classroom actions. Make it easy for them to understand and respond to the commands. The ability to follow directions requires daily practice. Use the commands in class as often as you can. Using the word and picture flashcard will help students focus with all the directions given in English and help you not to translate.