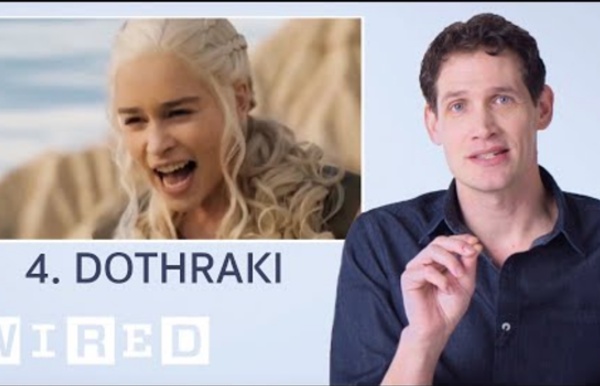 'As happy as a clam' - the meaning and origin of this phrase What's the meaning of the phrase 'As happy as a clam'? Very happy and content. What's the origin of the phrase 'As happy as a clam'? ‘Game of Thrones’ Season 8 Finale Recap: All Hail King Who? • Then Tyrion himself, the linchpin of so much of “Game of Thrones,” was entirely left out of “Song of Ice and Fire.” A popular theory held that Sam was ultimately going to be the one who wrote the story we’ve just watched. Close. Turns out it was Archmaester Ebrose (the head guy played by Jim Broadbent), but Sam helped with the title. • “There’s still a Night’s Watch?”

Why Chinese Is So Damn Hard (简体字：为什么中文这么TM难？) (繁體字：為什麼中文這麼TM難？) The first question any thoughtful person might ask when reading the title of this essay is, "Hard for whom?" A reasonable question. After all, Chinese people seem to learn it just fine. Ask the Maester: Wait a Second … Who Just Made Bran King? AndAnd now our watch has ended. Season 8 had many highs; many, many lows; and overall the feel of a waiter trying to rush a late-dining customer out of a restaurant. That said, no matter what, the show’s ending cannot and should not take away from Game of Thrones’ incredible achievements. On to your questions.

Writing of Last Season - Scientific American Game of Thrones, in its eighth and final season, is as big as television gets these days. More than 17 million people watched the season’s opening. Judging by the fan and critic reaction though, it seems that a substantial portion of those millions are loathing the season. Indeed, most of the reviews and fan discussions seem to be pondering where the acclaimed series went wrong, with many theories on exactly why it went downhill.

List of English terms of venery, by animal This is a list of English-language terms of venery (venery being an archaic word for hunting), comprising terms from a tradition that arose in the Late Middle Ages, at least partly from the Book of Saint Albans of 1486, a historic list of "company terms". The present list also includes more common collective terms (such as "herd" and "flock") for some animals. Standard terms for particular groups are listed first in each group and shown in bold. See also[edit]

Game of Thrones: medieval scholars explain Daenerys’ King’s Landing siege Following Game of Thrones’ Battle of Winterfell, fans were ready for an epic engagement along the walls at King’s Landing. Even with her forces diminished, Daenerys Targaryen looked to be more than a match for Cersei Lannister. The “last war” would be one for the ages. kids use language creatively Kids say the darnedest things. Especially when they are still very young and don't have a rich vocabulary but need to get their point across. They aren't afraid to experiment with language and come up with fresh, original sayings and that's awesome. At first, you may laugh when you hear them call dessert a "bonus round" and sheets "bed skins", but when you stop to really think about it, their versions actually make a lot of sense, too. So since there is no limit to children's imagination and their parents continue to upload their linguistic gems on the Internet, Bored Panda decided to make a follow-up to our older list '28 Times Kids Hilariously Renamed Things And Made Them Sound Way Better'. Enjoy!