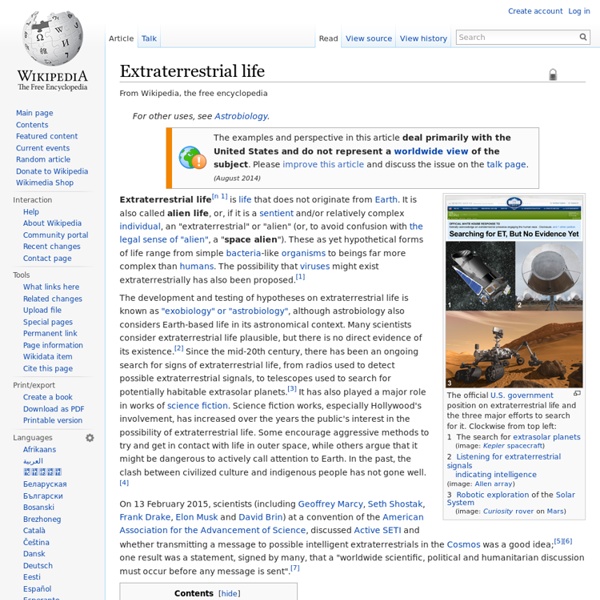 Colonization of the Moon 1986 artist concept The colonization of the Moon is the proposed establishment of permanent human communities or robot industries[1] on the Moon. Recent indication that water might be present in noteworthy quantities at the lunar poles has renewed interest in the Moon. Permanent human habitation on a planetary body other than the Earth is one of science fiction's most prevalent themes. Proposals[edit] Concept art from NASA showing astronauts entering a lunar outpost The notion of siting a colony on the Moon originated before the Space Age. In 1954, science-fiction author Arthur C. In 1959, John S. Project Horizon[edit] Project Horizon was a 1959 study regarding the United States Army's plan to establish a fort on the Moon by 1967.[10] Heinz-Hermann Koelle, a German rocket engineer of the Army Ballistic Missile Agency (ABMA) led the Project Horizon study. Lunex Project[edit] Lunex Project was a US Air Force plan for a manned lunar landing prior to the Apollo Program in 1961.

Future Space-based Habitats NOVA | Finding Life Beyond Earth PBS Airdate: October 19, 2011 NARRATOR: Is Earth the only planet of its kind in the universe, or is there somewhere else like this out there? Is there life beyond Earth? The search for alien life is one of humankind's greatest technological challenges. And scientists are seeking new ways to find answers. JIM GREEN (Director, Planetary Science Division, NASA): We're pushing the boundary of information of where life can exist, past the earth and out into the solar system. NARRATOR: Leading the search are sophisticated telescopes that scan the sky and an armada of robotic probes exploring the outer reaches of our solar system, all revealing the planets, moons, asteroids and comets like never before. AMY MAINZER: We can go places and see things that there's no other way we could've ever seen. JIM GREEN: The pace of discovery, just in the last couple of years, is just mindboggling. NARRATOR: Finding Life Beyond Earth, up now on NOVA. NARRATOR: But what exactly is this liquid?

NASA Astrobiology: Life in the Universe Why the USA and NASA need astrobiology I am an astrobiologist, for 50 years an astronomer, and before that a physicist. With my colleague and friend Roger Angel, we started the process of learning how to detect Earth-like planets in 1985. I am a co-author of the NASA booklet The Terrestrial Planet Finder. I have served with scientific and technical teams to develop that mission since 1995. I have been a professor of astronomy at U. As a professional who has moved my research area around many times, I have both been depressed and concerned about the difficulty my colleagues have in pulling together material that crosses many fields. There are many complex issues that face our country and our world today. The first activity of my Astrobiology team was to hold a graduate student conference. Last year the NASA Astrobiology Institute held an internal meeting to explore the range of research of Institute members. Neville J. Professor of Astronomy Director LAPLACE

Astrobiology Center The Columbia Astrobiology Center (NYC-Astrobiology Consortium) The Columbia Astrobiology* Center represents a unique consortium of Columbia University departments, the Goddard Institute for Space Studies (NASA), and the American Museum of Natural History. It is an interdisciplinary effort dedicated to investigating the wide range of phenomena that may participate in the origin and evolution of life on Earth and beyond. We undertake fundamental research in many areas, including: The study and modeling of exoplanets, their characteristics and climates. The study of planet formation and solar system meteoritics and early chemistry.The study of Earth and Martian paleoclimate. The potential habitability of moons around giant planets. *"Astrobiology: The study of the origins, evolution, and future, of life in the Universe"

Do Robots Rule the Galaxy? Astronomy news this week bolstered the idea that the seeds of life are all over our solar system. NASA's MESSENGER spacecraft identified carbon compounds at Mercury's poles. Probing nearly 65 feet beneath the icy surface of a remote Antarctic lake, scientists uncovered a community of bacteria existing in one of Earth's darkest, saltiest and coldest habitats. And the dune buggy Mars Science Lab is beginning to look for carbon in soil samples. But the rulers of our galaxy may have brains made of the semiconductor materials silicon, germanium and gallium. In other words, they are artificially intelligent machines that have no use — or patience — for entities whose ancestors slowly crawled out of the mud onto primeval shores. PHOTOS: Alien Robots That Left Their Mark on Mars The idea of malevolent robots subjugating and killing off humans has been the staple of numerous science fiction books and movies. My favorite self-parody of this idea is the 1970 film "Colossus: the Forbin Project."

How Self-Replicating Spacecraft Could Take Over the Galaxy I'm going to re-post here a previous comment I made on this subject, because I think it's worth repeating. Any alien civilization that is sufficiently developed enough to span the cosmos, will be so far advanced from us, that we would not be able to even comprehend their technology and in turn they probably wouldn't even recognise us as a sentient intelligent species. I've always found the "Well if there are aliens why haven't they said hello?" argument to be far too arrogant. There are islands all over the oceans of our world that are nothing more than rocks sticking out of the water with bacteria on them. That's us, the barren rock. The alien probes have probably been through out solar system many times (we'd never know) looked at our skyscrapers, cities and agriculture.

On the hunt for universal intelligence How do you use a scientific method to measure the intelligence of a human being, an animal, a machine or an extra-terrestrial? So far this has not been possible, but a team of Spanish and Australian researchers have taken a first step towards this by presenting the foundations to be used as a basis for this method in the journal Artificial Intelligence, and have also put forward a new intelligence test. "We have developed an 'anytime' intelligence test, in other words a test that can be interrupted at any time, but that gives a more accurate idea of the intelligence of the test subject if there is a longer time available in which to carry it out", José Hernández-Orallo, a researcher at the Polytechnic University of Valencia (UPV), tells SINC. This is just one of the many determining factors of the universal intelligence test. The researcher, along with his colleague David L. Use in artificial intelligence Explore further: Ant colonies help evacuees in disaster zones