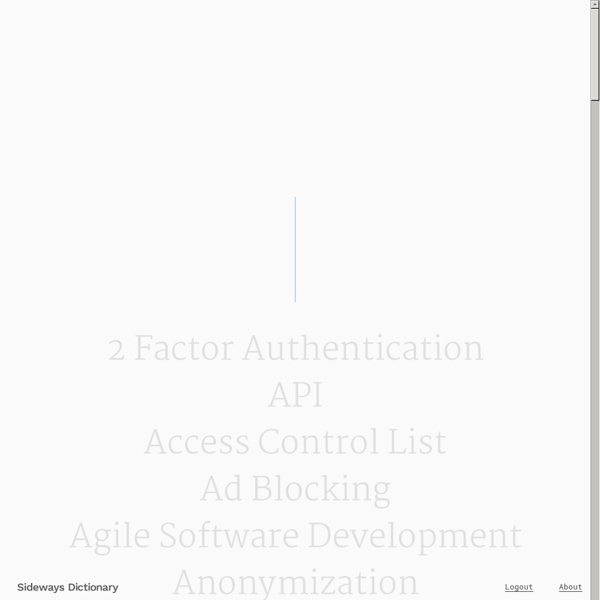 55 Great Sites for When You Need to Take a Break at Work How often do you find yourself with weird breaks in your day—breaks that are too short to get any real work done, but too long to just sit there? If you’re like us, you probably just end up browsing Facebook during these moments. But not anymore! TABBY EVO open source hardware platform for EV Why? We heard your feedbacks! Because some of our major customers and partners asked us for high road keeping capabilities at higher speed (up to 130 km/h – 80 miles/h ) and higher frame stiffness and robustness (for emerging countries) which were difficult to satisfy with the first TABBY design so we decided to push forward the TABBY EVO platform which can meet those requirements. Where I’m From: Using Haiku Deck to Visualize Place Here's a lesson I designed for use in my University of Alaska Southeast summer course - ALST 600. I'll be working with nearly 40 preservice teachers in the secondary MAT program teaching Alaska Studies using a place-based approach that integrates good instructional practice and free ed tech tools across the curriculum. For more on this lesson click here This lesson features a poem as a prompt for a creative reflection.

The Trump Resistance Plan: A Timeline – Russia and President Trump Of the Jan. 6, 2017, meeting, when Comey told Trump about the infamous Steele dossier, Trump said: “He shared it so that I would think he had it out there” as leverage against Trump. Of the Feb. 14, 2017, meeting, when Trump said he hoped Comey could see his way to “letting Flynn go,” Trump said: “He said I said ‘hope’ — ‘I hope you can treat Flynn good’ or something like that. I didn’t say anything. But even if he did — like I said at the news conference on the, you know, Rose Garden — even if I did, that’s not — other people go a step further. I could have ended that whole thing just by saying — they say it can’t be obstruction because you can say: ‘It’s ended. It’s over. Crazy Things About He-Man 16Shares It was awesome being a kid growing up in the 1980s. Some of the most iconic and memorable franchises in the world were at their peak during this decade.

Tip of the Week: Text, Context, and Subtext I wrote earlier this week about some things to think about when selecting primary source documents for use in your classroom. But then what? I hear it a lot: “How can I actually use them in the classroom? Isn’t there some sort of structure that can help me plan what to do with them?” 9 of the Strangest and Loveliest Dioramas Ever While there are endless different kinds of dioramas, there is something that most all of them have in common: the strange beauty that comes from capturing our world in miniature, in exacting detail. Some of the most impressive examples of this craft are on display in museums around the globe, while others a bit more off the beaten path. From bizarre to beautiful, here are nine places to see these intricate three-dimensional snapshots of the world. Fisher Museum Forestry Dioramas Since 1907, Harvard University has managed 3,000 acres of woodlands in western Massachusetts that serve as the field lab and research center for the university’s graduate forestry program. And in the midst of this forest is the Fisher Museum, home to a series of beautifully realistic dioramas that tell the history of the forestry itself.

40 Websites Ruin Your Productivity 1. Stripgenerator Hey, get your mind out of the gutter–Stripgenerator is about comic creation, not clothing removal–though we wouldn’t claim that the two paths have never crossed. The site lets you build your very own customized comic strip in a matter of minutes. Ink - Quotes about writing by writers presented by The Fontayne Group Writing "I put a piece of paper under my pillow, and when I could not sleep I wrote in the dark." Henry David Thoreau "Writing is an adventure." Winston Churchill "Know something, sugar? Stories only happen to people who can tell them." 15 Famous Sculptures in History click 2x Lincoln Memorial, designed by Daniel Chester French & carved by the Piccirilli Brothers (1920) Originally designed to be 10 feet tall, this marble sculpture of the 16th president of the United States was enlarged to 19 feet from head to foot. It depicts Lincoln in contemplation, sitting inside the majestic temple structure that forms the rest of the Lincoln Memorial. From the 1930s, the space has gained importance as a symbol of race relations in the United States.