The incredible inventions of intuitive AI 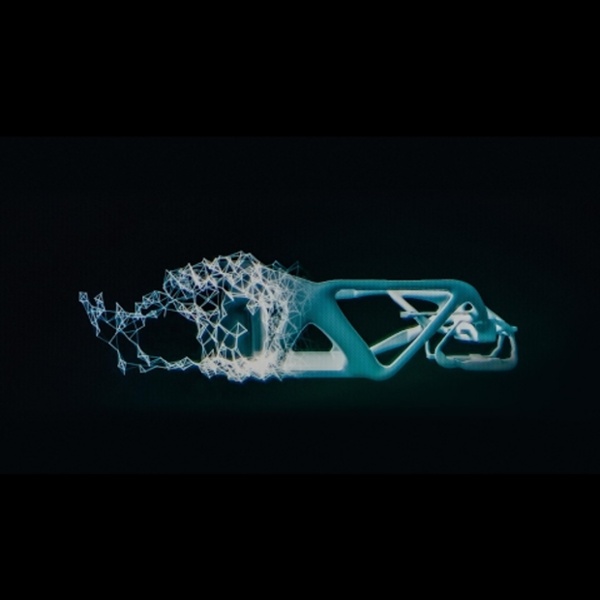 English Speeches Learn English with Steve Jobs (Apple founder and iPhone creator) in his most famous speech at Stanford in 2005 - Watch with big English subtitles. ✅ Get the full transcript and audio of this speech FREE on our website: ✅ Also, download our FREE English Ebooks: ✅ Do you want to become a better writer, reader, speaker, and speller? Check our NEW eBook: 👉 How to Learn English Online and from Home: Your Strategy Has to Be Flexible — But So Does Your Execution Executive Summary Strategy execution should be as varied, as thoughtful, as subtle, as diverse and as intertwined with the strategy itself as is necessary to get the job done. But all too often, executives fail to execute a strategy because they’re oversimplifying its execution. Some fall into a trap of excessive complexity, which can undermine thoughtful execution as much as a failure to specify tactics.

16 trends that will define the future of video games Hundreds of game developers, publishers and analysts recently descended on Brighton for the annual Develop conference. There were controversial keynotes, there were talks about how to make money in a rapidly fragmenting marketplace, but there were also some interesting forward-looking sessions, concerned with where the games industry as a whole is heading – not so much in terms of game design (that’s the domain of events like the Game Developers Conference and SXSW), more in the way the sector will operate as a business. Some of it is pretty weird. Here, then, are the major trends that we picked up on, all of which could completely change the way games are made – and played – in the near future. 1. Parents as gaming advocates

Sorry, Y’All—Humanity’s Nearing an Upgrade to Irrelevance Humanity has had astonishing success alleviating famine, disease, and war. (It might not always seem that way, but it’s true.) Now, Homo sapiens is on the brink of an upgrade—sort of. As we become increasingly skilled at deploying artificial intelligence, big data, and algorithms to do everything from easing traffic to diagnosing cancer, we’ll transform into a new breed of superhuman, says historian and best-­selling author Yuval Harari in his new book, Homo Deus: A Brief History of Tomorrow. Which is great, except that we might also become so dependent on these tools that our species will become irrelevant—our value determined only by the data we generate. WIRED spoke to Harari about this coming life in the Matrix just before he left for his annual 45-day tech-free meditation retreat.

A 3x3x3 Perspective for getting your Vision, Strategy, and Product aligned I’m sure you’ve run into Simon Sinek’s TED talk on the Golden Circle where he made the case for how great leaders communicate differently — leading first with their why (or purpose), then describing their how (or unique value proposition), and finally describing what they do. I find the Golden Circle is just as applicable when deconstructing or charting a new idea or venture — mapping quite nicely to the vision, strategy, and product pyramid that you’ve probably also run into. The mistake too many entrepreneurs make is rushing up this pyramid and prematurely falling in love with their product. This is the classic build-first or solution-first approach where the tendency is to lead with what you are building (product) instead of taking the requisite time needed to first get your vision (why) and strategy (how) in order. Vision and strategy are foundational pieces without which even a good product cannot withstand the weight of its market. Let’s see how you could apply this to your “why”.

Transhumanism Transhumanism (abbreviated as H+ or h+) is an international cultural and intellectual movement with an eventual goal of fundamentally transforming the human condition by developing and making widely available technologies to greatly enhance human intellectual, physical, and psychological capacities.[1] Transhumanist thinkers study the potential benefits and dangers of emerging technologies that could overcome fundamental human limitations, as well as the ethics of developing and using such technologies. They speculate that human beings may eventually be able to transform themselves into beings with such greatly expanded abilities as to merit the label "posthuman".[1] History[edit] According to Nick Bostrom,[1] transcendentalist impulses have been expressed at least as far back as in the quest for immortality in the Epic of Gilgamesh, as well as historical quests for the Fountain of Youth, Elixir of Life, and other efforts to stave off aging and death. First transhumanist proposals[edit]

Artificial intelligence positioned to be a game-changer The following script is from “Artificial Intelligence,” which aired on Oct. 9, 2016. Charlie Rose is the correspondent. Nichole Marks, producer. The search to improve and eventually perfect artificial intelligence is driving the research labs of some of the most advanced and best-known American corporations. This Advice From IDEO's Nicole Kahn Will Transform the Way You Give Presentations “Stories are the way our teams get excited, aligned, and rallied around the same goal,” says long-time IDEO Project Lead Nicole Kahn. “But more importantly, we know that our designs don’t live on with our clients without a good story attached to them. This is something we wanted to shift — to ensure that all of our designers would also see themselves as storytellers.” Kahn, along with a team of fellow storytellers, has helped champion this philosophy through events they've held at IDEO offices across the country.

Ban on killer robots urgently needed, say scientists The movie portrays a brutal future. A military firm unveils a tiny drone that hunts and kills with ruthless efficiency. But when the technology falls into the wrong hands, no one is safe. Politicians are cut down in broad daylight. The machines descend on a lecture hall and spot activists, who are swiftly dispatched with an explosive to the head. The short, disturbing film is the latest attempt by campaigners and concerned scientists to highlight the dangers of developing autonomous weapons that can find, track and fire on targets without human supervision.