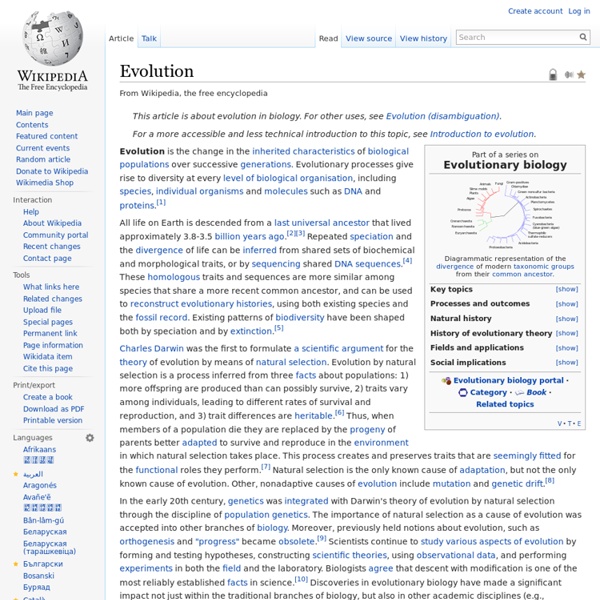 Related:  The Story of Human Language • -

Eternal return Eternal return (also known as "eternal recurrence") is a concept that the universe has been recurring, and will continue to recur, in a self-similar form an infinite number of times across infinite time or space. The concept is found in Indian philosophy and in ancient Egypt and was subsequently taken up by the Pythagoreans and Stoics. With the decline of antiquity and the spread of Christianity, the concept fell into disuse in the Western world, with the exception of Friedrich Nietzsche, who connected the thought to many of his other concepts, including amor fati. In addition, the philosophical concept of eternal recurrence was addressed by Arthur Schopenhauer. It is a purely physical concept, involving no supernatural reincarnation, but the return of beings in the same bodies. Time is viewed as being not linear but cyclical. Premise[edit] The oscillatory universe model in physics could be provided as an example of how the universe cycles through the same events infinitely. Judaism[edit]

Family tree Example of a family tree, showing three generations of the Kennedy Family Family tree showing the relationship of each person to the orange person, including cousins and gene share. Family history representations[edit] Genealogical data can be represented in several formats, for example as a pedigree or ancestry chart. Family trees can have many themes. The image of the tree probably originated with one in medieval art of the Tree of Jesse,[1] used to illustrate the Genealogy of Christ in terms of a prophecy of Isaiah (Isaiah 11:1). Fan chart[edit] One technique is a "fan chart", which features a half circle chart with concentric rings: the person of interest is the inner circle, the second circle is divided in two (each side is one parent), the third circle is divided in four, and so forth. Graph theory[edit] The graphs of matrilineal descent ("mother" relationships between women) and patrilineal descent ("father" relationships between men) are trees however. Notable examples[edit]

Ernst Mayr German-American evolutionary biologist His theory of peripatric speciation (a more precise form of allopatric speciation which he advanced), based on his work on birds, is still considered a leading mode of speciation, and was the theoretical underpinning for the theory of punctuated equilibrium, proposed by Niles Eldredge and Stephen Jay Gould. Mayr is sometimes credited with inventing modern philosophy of biology, particularly the part related to evolutionary biology, which he distinguished from physics due to its introduction of (natural) history into science. Biography[edit] Mayr was the second son of Helene Pusinelli and Dr. On 23 March 1923 on the lakes of Moritzburg, the Frauenteich, he spotted what he identified as a red-crested pochard. After Mayr was appointed at the American Museum of Natural History, he influenced American ornithological research by mentoring young birdwatchers. Mayr organized a monthly seminar under the auspices of the Linnean Society of New York. Books[edit]

Universal Darwinism Universal Darwinism (also known as generalized Darwinism, universal selection theory,[1] or Darwinian metaphysics[2][3][4]) refers to a variety of approaches that extend the theory of Darwinism beyond its original domain of biological evolution on Earth. The idea is to formulate a generalized version of the mechanisms of variation, selection and heredity proposed by Charles Darwin, so that they can be applied to explain evolution in a wide variety of other domains, including psychology, economics, culture, medicine, computer science and physics. Basic mechanisms[edit] At the most fundamental level, Charles Darwin's theory of evolution states that organisms evolve and adapt to their environment by an iterative process. After those fit variants are retained, they can again undergo variation, either directly or in their offspring, starting a new round of the iteration. History and development[edit] Starting in the 1950s, Donald T. Examples of universal Darwinist theories[edit] Books[edit]

Species Basic unit of taxonomic classification The total number of species is estimated to be between 8 and 8.7 million.[1][2] However the vast majority of them are not studied or documented and it may take over 1000 years to fully catalogue them all.[3] Definition[edit] Typological or morphological species[edit] A typological species is a group of organisms in which individuals conform to certain fixed properties (a type), so that even pre-literate people often recognise the same taxon as do modern taxonomists.[10][11] The clusters of variations or phenotypes within specimens (such as longer or shorter tails) would differentiate the species. In the 1970s, Robert R. Recognition and cohesion species[edit] Genetic similarity and barcode species[edit] In microbiology, genes can move freely even between distantly related bacteria, possibly extending to the whole bacterial domain. Phylogenetic, cladistic, or evolutionary species [edit] Ecological species[edit] Genetic species[edit] Chronospecies[edit]

Local optimum Attraction basins around locally optimal points Polynomial of degree 4: the trough on the right is a local minimum and the one on the left is the global minimum. The peak in the center is a local maximum. Continuous domain[edit] When the function to be optimized is continuous, it may be possible to employ calculus to find local optima. Search techniques[edit] If the problem to be solved has all locally optimal points with the same value of the function to be optimized, local search effectively solves the global problem: finding a local optimum delivers a globally optimal solution. In many cases, local optima deliver sub-optimal solutions to the global problem, and a local search method needs to be modified to continue the search beyond local optimality; see for example iterated local search, tabu search, reactive search optimization, and simulated annealing. See also[edit] Maxima and minima

On Memetics Tree model Austro-Asiatic language tree In historical linguistics, the tree model (also Stammbaum, genetic, or cladistic model) is a model of the evolution of languages analogous to the concept of a family tree, particularly a phylogenetic tree in the biological evolution of species. As with species, each language is assumed to have evolved from a single parent or "mother" language, with languages that share a common ancestor belonging to the same language family. History of the model[edit] The confusion of Babel[edit] Family tree of Biblical tribes Augustine of Hippo supposed that each of the descendants of Noah founded a nation and that each nation was given its own language: Assyrian for Assur, Hebrew for Heber, and so on.[2] In all he identified 72 nations, tribal founders and languages. Ursprache, the language of paradise[edit] St. Garden of Eden, home of the Ursprache Browne reports a number of reconstructive activities by the scholars of the times:[10] The first Indo-Europeanists[edit] Notes[edit]