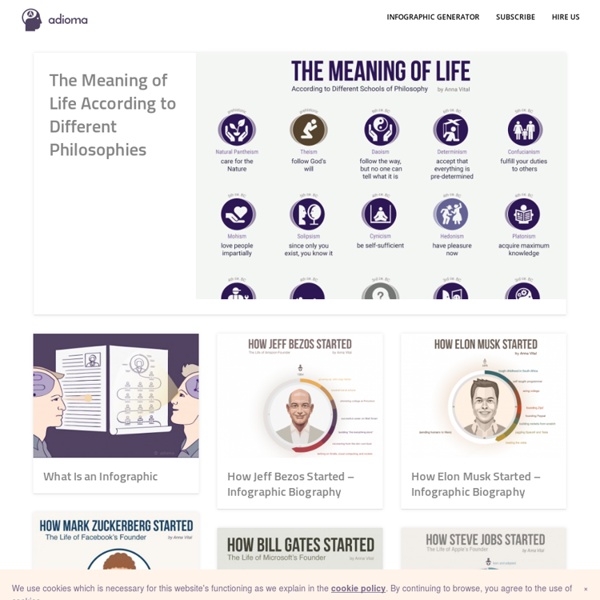 The British Library Puts 1,000,000 Images into the Public Domain, Making Them Free to Reuse & Remix Earlier this week, Oxford's Bodleian Library announced that it had digitized a 550 year old copy of the Gutenberg Bible along with a number of other ancient bibles, some of them quite beautiful. Not to be outdone, the British Library came out with its own announcement on Thursday: We have released over a million images onto Flickr Commons for anyone to use, remix and repurpose. These images were taken from the pages of 17th, 18th and 19th century books digitised by Microsoft who then generously gifted the scanned images to us, allowing us to release them back into the Public Domain. The images themselves cover a startling mix of subjects: There are maps, geological diagrams, beautiful illustrations, comical satire, illuminated and decorative letters, colourful illustrations, landscapes, wall-paintings and so much more that even we are not aware of.

Cameron Hummels Cosmological Evolution A simulation following the evolution of a large representative volume of the Universe from just after the Big Bang to the present day. We're looking at the projected gas density from the side of the cube, and our view follows the reference frame of the expanding Universe over this time.

3 Best Elevator Pitches An elevator pitch is how you respond to the question “So, what do you do?” But most elevator pitches don’t work. Who wants to be answered with this 60 second infomercial: “I’m Regional Vice President of Sales for Puffery Manufacturing. How to curate content: The best ideas, resources, and tools Have you ever walked into a restaurant and been unsure what to order because there are so many options? People can become overwhelmed by choice to the point where they cannot easily make decisions or act. A similar thing is happening on the web today. There is so much content out there on the web, and even more is pouring in daily. (I should know… I’m writing a bunch of it). People aren’t searching anymore, because it’s so easy to find information on something.

Freelance Designers & Developers Welcome to our Freelance archives. In this category, our authors, freelancers like you, share their extensive knowledge and experiences. We all get tons of new ideas constantly as designers. Which is awesome – don’t get me wrong – but sometimes we get way more ideas than we can actually get to in one sitting…. Designers and copywriters have a symbiotic relationship. In our modern, web-based industry, one can’t really exist without the other. Journeyman Pictures For over twenty years Journeyman has distributed and co-produced, provocative, profound and original factual content, working with the top players in the industry. We're one of the leading independent suppliers of award winning stories to the world broadcast market and pride ourselves on a position at the spearhead of the factual agenda. With a very successful catalogue covering a myriad of subjects and styles; commercial, current affairs, and feature docs, we always keep at heart a central journalistic ethic that goes to the very roots of the company.

VizbiPlus - Visualising the Future of Biomedicine The VizbiPlus project aims to improve how life science is communicated by creating exemplary scientifically-accurate animations designed to inspire and educate the public about cutting-edge biomedical research. Animations Clostridium tetani & Tetanus. Linguistic biomarkers of Hubris syndrome Special issue: Research report a Stroke and Dementia Research Centre, St George's University of London, UKb House of Lords, London, UK Received 18 June 2013, Revised 6 August 2013, Accepted 28 August 2013, Available online 18 September 2013 The Brand Building Power Of Personalization Some time ago, I checked into a hotel in Hong Kong. The receptionist handed me a bunch of business cards. They weren't the hotel's business cards but my own, complete with my phone and fax numbers and contact details while staying at the hotel. It was a gesture that kind of made me feel special. I know we can all be cynical and see through this ploy, but it works. Time after time, when evaluating what makes service unique, I conclude it comes down to two simple factors: attention to the individual and a personal twist.

Storytelling For Freelancers Several years ago, I worked as an in-house copywriter and designer for a prominent marketing firm. When I first applied for the job I didn’t have any of the credentials my employers were looking for, and yet I got the job anyway, out of a pool of more qualified competitors. Why did I get chosen? The boss liked my story. I had no experience with working at a firm, nor was I technical enough to get deeply involved in the backend work. But my cover letter told them that I would be able to communicate clearly and effectively with their customers, while at the same time putting them at ease and perhaps making them laugh a little.

Resources Tools for being Remarkable What man doesn’t like tools? Well here are the tools you need to re-build yourself as a Remarkable Man. Neuroimaging: Visualizing Brain Structure and Function 2. Introduction to Neuroimaging Few advances have transformed the fields of neuroscience and medicine like brain imaging technology. As the ability to see inside and "read" a living human brain becomes increasingly sophisticated, the ethical and social implications of neuroimaging grow ever greater, shaped by both the capabilities of the technology itself and the public perception of its potential. Hektoen International Lord David Owen has written extensively about politicians and heads of state who became insufferable from being intoxicated by the power of their office. He called this aberration from gentlemanly behavior the hubris syndrome, an acquired personality disorder that most often went away after they left office. Hubris has come down to us from the ancient Greeks. It means arrogance, excessive pride, an overestimation of one's capabilities.