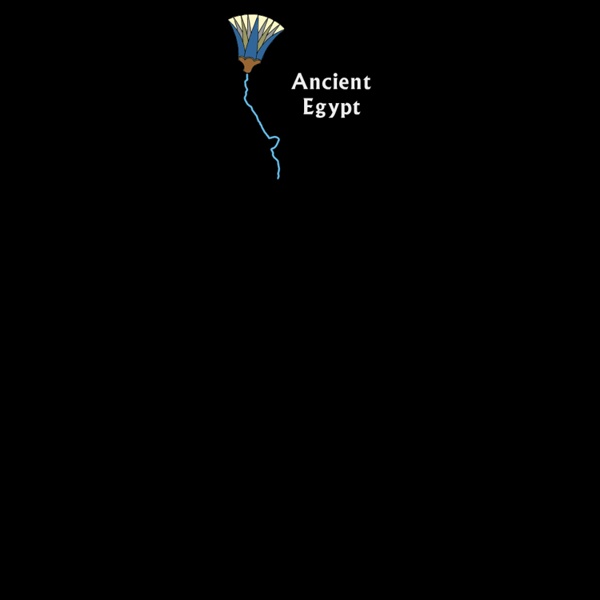 Alabama Shipwreck Uncovered By Hurricane Isaac Appears On Beach (VIDEO, PHOTOS) A mysterious shipwreck, recently uncovered by Hurricane Isaac, has appeared on an Alabama beach six miles from Fort Morgan. Meyer Vacation Rentals, a local real estate company catering to the Gulf Shores area, posted photos of the ship to its Facebook page following the storm. Scroll For Photos According to the Birmingham News, this isn't the first time that the wreckage has shown up. The wrecked ship was partially uncovered by Hurricane Camille in 1969 and reappeared following Hurricane Ivan in 2004 and then again after Hurricane Ike in 2008. There has been debate over the ship's identity. The wreck is now thought to be the Rachael, a three-mast schooner that ran aground during a 1933 storm. People have been drawn to the wreck since it was uncovered, fostering concern for several reasons. “I’ve always thought it would be kind of cool for them to excavate this thing and move it… preserve what they can and take it to the museum,” Bill Berrey, a longtime resident, told WALA.

Ancient lives Extended until 12 July 2015 #8mummies Sponsored by Technology partner A young man preserved in the sand (Gebelein Man B) Name Unknown Sex Male Age at death Young adult (20-35 years) Estimated stature 160cm (5 feet 3 inches) Pathological conditions None detected Place of discovery Gebelein, Egypt Date Middle Predynastic Period, about 3500 BC Limestone funerary statuette of a servant grinding corn on a quern, providing an eternal supply of food for the deceased. 6th Dynasty, about 2345-2181 BC Flat loaf of bread, which retains the impression of the hand of the baker who had shaped the dough while soft. A man embalmed for the afterlife (Linen man) Age at death Middle to old adult (35 years + ) Estimated stature 171 cm (5 feet 7 inches) Pathological conditions Numerous dental abscesses; tooth loss; tooth decay Place of discovery Thebes, Egypt Date 26th Dynasty, about 600 BC Base and lid of an anthropoid outer coffin of Shepenmehyt, with elaborate polychrome painted decoration. Inner coffin of Shepenmehyt.

12 Most Breathtaking Vaulted Ceilings Sainte-Chappelle in Paris, France. Photographer David Stephenson. The Église Saint-Nizier (St. Nizier Church) is a Flamboyant Gothic church built during the 14th and 15th centuries. Located at the heart of the Presqu'île, this church was originally erected in memory of the early Christian martyrs of Lyon. The building of St. The beautiful fan vaulting in the Cloisters of Gloucester Cathedral, England. The magnificent Perpendicular great cloister( begun in 1360, completed in the early fifteenth century)with its stone fan vaulting, is considered by many to be the most beautiful in England. Chester Cathedral Vaulted Ceiling, UK The beautiful painted ceiling of the staircase leading to the Great Hall in Manchester Town Hall. Fan vaulted ceiling in King's College Chapel, Cambridge, UK.King's college is home to the largest fan-vaulted ceiling in the world as well as the largest collection of original stained glass windows. Vaulted ceiling of the Winchester Cathedral in Hampshire.

Ancient Israel AROUND 970 B.C., Solomon came to the throne of Israel, a small state in western Asia. He was lacking in military prowess, but excelled in many other ways. Through trade and a series of foreign alliances, he created a strong, flourishing state. But he was especially famed for another of his qualities. When confronted with two women who each claimed that the child before them was her natural child, Solomon ordered his servant to cut the child in half and give half to each woman. The first woman objected: "Please, my lord, give her the living baby! The destruction of the Hittite kingdom and the weakening of Egypt around 1200 B.C. temporarily left no dominant powers in the Near East, allowing a patchwork of petty kingdoms and city-states to emerge, especially in the area of Syria and Palestine. The small states did not last, however. The Hebrews: "The Children of Israel" Many scholars today doubt that the early books of the Hebrew Bible reflect the true history of the early Israelites.

Century of Progress: Haunted Houses in the Midwest Gardenista Older Century of Progress: Haunted Houses in the Midwest by Ron Reason Issue 44 · Miss Havisham · October 31, 2012 Newer Issue 44 · Miss Havisham · October 31, 2012 Share on email A haunted house sighting, from a trusted source: What good fortune, I think! Photographs by Ron Reason. Above: A 1949 Jacob Lustron house built years after the Chicago World's Fair. Above: I have a bog for a neighbor. Above: In the middle of the woods I come upon a decrepit circus wagon, waiting for Hansel and Gretel to approach. Above: Having been raised among the farmlands of nearby La Porte, Indiana, I grew up fascinated by milkweed. Above: Is it a playhouse? Above: The back of the lonely circus wagon. Above: The view from the dunes. EXPLORE MORE: Issue 44: Miss Havisham, Outdoor Gardens, Garden Visit, Halloween, Holidays Design Sleuth: Dried Bouquets for the Winter Months By Michelle Slatalla 5 Favorites: Bat Houses

Brittanica History of Mesopotamia history of Mesopotamia, history of the region in southwestern Asia where the world’s earliest civilization developed. The name comes from a Greek word meaning “between rivers,” referring to the land between the Tigris and Euphrates rivers, but the region can be broadly defined to include the area that is now eastern Syria, southeastern Turkey, and most of Iraq. The region was the centre of a culture whose influence extended throughout the Middle East and as far as the Indus valley, Egypt, and the Mediterranean. This article covers the history of Mesopotamia from the prehistoric period up to the Arab conquest in the ... (100 of 43,476 words) <ul><li><a href="/EBchecked/media/2341/Sites-associated-with-ancient-Mesopotamian-history?

8 Amazing Separation Walls Hadrian's Wall Hadrian was born on January 24, 76 A.D. He died on July 10, 138, having been emperor since 117. Mementos of Hadrian's reign persist in the form of coins and the many building projects he undertook. The most famous is the wall across Britain that was named Hadrian's Wall. The wall, stretching from the North Sea to the Irish Sea (from the Tyne to the Solway), was 80 Roman miles (about 73 modern miles) long, 8-10 feet wide, and 15 feet high. The Great Wall of Croatia The town of Ston, Croatia, is protected by a wall three and a half miles long. The Great Wall of India Kumbhalgarh, the second longest wall on earth, can be found in the state of Rajasthan in Western India. Situated in the state of Rajasthan in the Northwest of India, work was begun by the local Maharana, Rana Kumbha. Israeli West Bank barrier The Israeli West Bank barrier is a separation barrier under construction by the State of Israel along and within the West Bank. The Great Wall of China The Berlin Wall

British Drones Reveal Hidden Ancient Village Buried In New Mexico Thermal images captured by a small drone allowed archaeologists to peer under the surface of the New Mexican desert floor, revealing never-before-seen structures in an ancient Native American settlement. Called Blue J, this 1,000-year-old village was first identified by archaeologists in the 1970s. It sits about 43 miles (70 kilometers) south of the famed Chaco Canyon site in northwestern New Mexico and contains nearly 60 ancestral Puebloan houses around what was once a large spring. Now, the ruins of Blue J are obscured by vegetation and buried in eroded sandstone blown in from nearby cliffs. "I was really pleased with the results," said Jesse Casana, an archaeologist from the University of Arkansas. Casana said his co-author, John Kantner of the University of North Florida, had previously excavated at the site and the drone images showed stone compounds Kantner had already identified and ones that he didn't know about. How it works The uncertain future of drones for science

Stonehenge Begins to Yield Its Secrets Photo AMESBURY, England — About 6,300 years ago, a tree here toppled over. For the ancients in this part of southern England, it created a prime real estate opportunity — next to a spring and near attractive hunting grounds. According to David Jacques, an archaeologist at the University of Buckingham, mud was pressed into the pulled-up roots, turning them into a wall. It was, he said, a house, one of the earliest in England. Last month, in the latest excavation at a site known as Blick Mead, Mr. “There’s noise here,” Mr. About a mile away is Stonehenge. For Mr. But Blick Mead, he said, helps fill in the sweep of hunter-gatherers who became farmers and then built Stonehenge and other prehistoric monuments dotting the English countryside. “This is the first unknown chapter of Stonehenge,” Mr. Stonehenge has captivated generation after generation. Continue reading the main story The Cursus A two-mile-long avenue surrounded by a ditch, c. 3500 B.C. The Avenue A two-mile-long avenue, c. 3500 B.C. Dr.