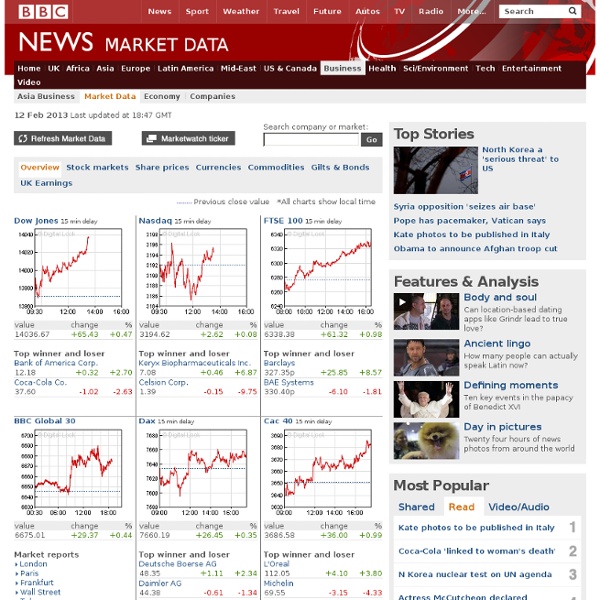 Computer museum seeks BBC Micro fixers - BBC News A public appeal for people who can repair BBC Micro computers has been launched by a museum. The National Museum of Computing (TNMOC) needs help to maintain the stock of BBC machines it uses in education programmes and exhibits. It is looking for people familiar with the computer and its peripherals including monitors and disk drives. The 8-bit BBC Micro was launched in 1981 and gave many people their first taste of home computing. The museum, which is located on the Bletchley Park estate, has about 80 BBC Micro computers, said Chris Monk, learning co-ordinator at the organisation. Some of these are in display cases, he said, but the majority form part of an interactive exhibit that recreates a 1980s classroom. Many times a week school groups visit this exhibit to find out about the social history of micro computers and to get a taste of what machines could do in the days before tablets, smartphones and laptops, said Mr Monk. "It hooks them in even though it's quite basic," said Ms Quaye.

10 Great Social Sites for Resume Building Dan Schawbel is the author of Me 2.0: Build a Powerful Brand to Achieve Career Success (Kaplan, April 09), and owner of the award winning Personal Branding Blog. Creating the perfect resume is not easy. Luckily, there are a number of online resources dedicated to helping you create outstanding traditional and social media resumes. Here are 10 great social sites with unique features that let you create your own resume-like profile, edit your resume online, get it reviewed by experts, print it, share it on social networks, and much more. Remember, building a strong profile can help serve as a great marketing tool to help you get the job you're looking for. Have another resume building site to recommend? 1. Razume is a service that enables job seekers to complete their resumes and polish them up with feedback from reviewers in the community. 2. LinkedIn seems to be on all of my job lists and for good reason. 3. Disclosure: VisualCV sponsors my blog and magazine. 4. 5. 6. 7. 8. 9. 10.

How thermal imaging tech is about to become hot stuff Image copyright Detroit Zoo Soon we'll all be feeling the heat, thanks to thermal imaging technology. Although it's already been used by industry, the military and some emergency services, it was expensive and therefore had a limited market. But in the same way that GPS location tech has now found its way into cars, smartphones, cameras and many other devices, thermography, as it's more properly known, is on the brink of becoming a universal technology, too. The cost of chips and thermal detectors that enable us to see and measure infrared heat signatures from surfaces has plunged in recent years. So in the future, that means more sensors in more places. In a supermarket a manager could be alerted when the checkout queue gets too long without looking at a video feed. At big venues, audio could be redirected on the fly amongst dozens of loud speakers to give the area with the most people at any given moment the best possible aural experience. Costs cooling Image copyright Getty Images

Find Open Source Alternatives to commercial software How can we store more energy from the sun and the wind? Image copyright Solar Reserve It could be a scene from a science fiction movie. Deep in the Nevada desert, thousands of mirrors arrayed in concentric circles face the sky, lit up by the sun. All this reflected sunshine is directed to the top of a 640 ft (195m) tower standing in their midst. It's an innovative power plant generating electricity, but not in a way you might expect. How? The concentrated light heats up liquid salt pumped to the top of the tower - the temperature reaches 566C (1,050F) - and this heat is then used to make steam to power an electricity generator in another part of the plant. "The issue with solar traditionally is it is an intermittent power source - you can only produce electricity when the sun is shining," explains Kevin Smith, whose company Solar Reserve built the Crescent Dunes plant. "But because we store the energy as heat, we can reliably produce electricity 24 hours a day, just like a conventional gas fired power station." Growing market Power to the people

How to set up your own Raspberry Pi powered VPN Eyes are everywhere online. The websites you visit often track where you came from and watch where you head off to next. A VPN - or virtual private network - helps you browse the internet more anonymously by routing your traffic through a server that is not your point of origin. It is a bit like switching cars to shake off someone who is tailing you. There are plenty of companies offering services with varying degrees of security and varying degrees of cost, but if you are willing to roll your sleeves up and get technical with some basic coding and a £30 Raspberry Pi computer, you can build your own VPN server at home. It won't give you the option of appearing to be from somewhere else but you can use it to connect external devices like a smartphone to browse the internet more securely through your home network, and access shared files and media on your home computer. Make no mistake, this is not a quick and easy process. To follow this guide you will need: N.B. Change the default password . . . .

Carbon emissions 'postpone ice age' Image copyright Ittiz The next ice age may have been delayed by over 50,000 years because of the greenhouse gases put in the atmosphere by humans, scientists in Germany say. They analysed the trigger conditions for a glaciation, like the one that gripped Earth over 12,000 years ago. The shape of the planet's orbit around the Sun would be conducive now, they find, but the amount of carbon dioxide currently in the air is far too high. Earth is set for a prolonged warm phase, they tell the journal Nature. "In theory, the next ice age could be even further into the future, but there is no real practical importance in discussing whether it starts in 50,000 or 100,000 years from now," Andrey Ganopolski from the Potsdam Institute for Climate Impact Research said. "The important thing is that it is an illustration that we have a geological power now. Earth has been through a cycle of ice ages and warm periods over the past 2.5 million years, referred to as the Quaternary Period. Planet rock

Tim Peake returns to Earth Summary British astronaut Tim Peake has returned to Earth after a six-month stay aboard the International Space Station (ISS)During his mission, Major Peake completed the first spacewalk by a UK astronaut and ran the London MarathonHe completed 2,976 orbits of Earth and covered a distance of roughly 125 million kmA Soyuz capsule carrying Major Peake, American Tim Kopra and Russian Yuri Malenchenko undocked from the ISS at 06:53 BSTAfter plunging through the atmosphere the capsule touched down in Kazakhstan at 10:15 BSTAll three crew members are safe and are undergoing routine medical checks

'Old school' synthesiser built 40 years on An electronic sequencer and synthesiser has been built based on designs produced more than 40 years ago by electronic music pioneer Daphne Oram. Ms Oram who died in 2003, co-founded the BBC Radiophonic Workshop and developed a system of creating sounds and compositions using drawings. The machine is thought to have remained unfinished in her own lifetime. But experts say the Mini Oramics's approach to composition and performance would have been influential. Tom Richards, the researcher who finally constructed the machine, told BBC Radio 4's the World at One programme it had helped answer the question: "What if this had come to pass in 1973?" The Mini Oramics developed ideas first realised in the earlier and considerably larger Oramics Machine, designed in the early 1960s. The earlier instrument is sufficiently important to the history of experimental electronic music to have formed the centrepiece of an exhibition - Oram to Electronica - at the Science Museum in London. Graphical interface

Split Your Train Tickets - TrainSplit.com We do not charge booking or debit/credit card fees Trainsplit.com is dedicated to saving money on train tickets. This money saving booking engine uses a system called Split ticketing. On a typical journey, say an off peak fare, Birmingham to Leeds costs £58.10. Split ticketing works by us amalgamating cheaper tickets along that route, say, Birmingham to Derby, Derby to Sheffield, Sheffield to Leeds, but only if the journey stops en route. You’d have to carry a few more tickets, but happily you’ll be carrying more money that you’ve saved too. Savings can be made on both Advance and Flexible tickets in First or Standard. Booking is simple and easy, but can take a minute or so as the engine searches for the biggest savings. Split ticketing is completely legitimate and is specifically allowed in the National Rail Conditions of Carriage. Train travel pricing is rising and demand is growing. Beat those fare rises by using our split ticketing fare beater, system.