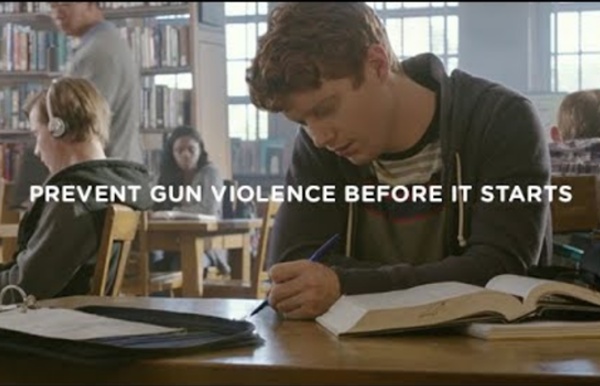 The Seven Best Short Films to Promote Empathy in ELT - Kieran Donaghy Empathy, which has been beautifully defined by Roman Krznaric as “the art of stepping imaginatively into the shoes of another person, understanding their feelings and perspectives, and using that understanding to guide your actions”, may be one of the qualities which distinguishes an average teacher from an excellent teacher in the eyes of the student. I think that empathy is increasingly important in language education as communication requires a sophisticated degree of empathy, in order to communicate effectively, language teachers, teacher trainers and learners needs to be able to understand the other person’s affective and cognitive states. My interest in empathy was sparked by Jill Hadfield’s classic Classroom Dynamics and Earl Stevik’s 1980 masterpiece Teaching Languages: A Way and Ways in which Stevick argues for the importance of affective factors in language teaching and learning. A quote of Stevick’s I always go back to when reflecting on my teaching beliefs is:

Biker gang steps up to help daughter suffering from child abuse  We've all been on the road and seen a pack of leather-clad bikers come roaring down the highway. Large and loud, it's hard not to be at least a little intimidated by a menacing-looking group of burly, bearded men on choppers riding past you. If you're lucky, you might even spot a particularly "menacing" group that is earning a name for itself in ways most would never expect from bikers. The group BACA, or Bikers Against Child Abuse, has no intention of striking fear into the hearts of children or mothers. Great Video On Imagination For TOK Classes: “Yuval Noah Harari: The Rise of Humans” This new video is a great one for showing IB Theory of Knowledge classes when discussing Imagination as a Way of Knowing. In it, Yuval Noah Harari, an Israeli historian, talks about imagination being the key to the success of humanity: Related Video: Wow, It Looks Like Pixar's 'Inside Out' Movie Will Be Perfect For IB TOK Classes! As International Baccalaureate Theory of Knowledge teachers know, emotion and imagination are two "Ways Of Knowing" (for people unfamiliar with TOK, the curriculum defines a number of qualities as ways we acquire knowledge, and then divides that knowledge into "Areas Of Knowing" like history, math, etc.).

The Best Part of Life - Sistering Recently someone stood up at one of our events and said, G: If you could give women one piece of advice, what would it be? And I said: Sister each other, because Sistering is the best part of life. Then I described what Sistering is, what it looks like and feels like. 6 iconic moments of Shakespeare you should hear Three classic radio productions from the BBC archives starring Nigel Hawthorne, Miriam Margolyes, Geraldine McEwan and a host of celebrated acting talent. These three legendary plays, performed by some of the best-known theatrical actors of the 20th Century, are the perfect way to commemorate England's greatestdramatist. The Taming of the Shrew: The controversial comedy about the battle of the sexes and a very unconventional marriage, starring Fenella Fielding as Katherine, with Miriam Margolyes as Bianca and Paul Daneman as Petruchio.

Top Ten Kindness Stories of 2010 1: A 15 Year Blessing From A Homeless Person On the way back from work every evening, more often than not there would be a homeless man standing at the exit of the freeway... He always waved at every car, he was always happy and smiling and sometimes almost dancing. Every day after work I would remember to gather any spare change, and put it aside to give to him if I saw him. Seven Best Short Films to Introduce Values - Kieran Donaghy In an increasingly hyper-competitive and individualised world where isolation and loneliness are more and more prevalent, the role of universal values such as altruism, authenticity, community, compassion, creativity, determination, fairness, honesty, generosity, kindness, optimism, respect, responsibility, self-respect, tolerance, and wisdom in education is becoming increasingly important. Short films are a wonderful and engaging medium through which to introduce values into the classroom and to encourage students to reflect on values. How to Become a Better Person How to Become a Better Person created by Tracy Foster for The School of Life is a lovely animation which explores the values and virtues important in the modern world.

Give Back This Season with a Reverse Advent Calendar! 3Save What is a Reverse Advent Calendar? This clever way to give back has you collecting items every day in December to donate at the end of the month to a homeless shelter or food bank! I made a FREE printable of suggested donation items that you can print and use for convenience. Sea Shepherd Did to a Swimming Pool What Humans Do to the Oceans Plastic pollution is recognized as a massive, global environmental issue, responsible for the deaths of over a million marine animals each year. It is a danger to all marine life including birds, sharks, turtles and marine mammals, causing injury and death through drowning, entanglement, or starvation following ingestion. It is also a danger to human life.

5-Minute Film Festival: Videos on Kindness, Empathy, and Connection I'd like to offer up a video playlist to remind all of us about the power of empathy, kindness, and human connections. It's always a good time to practice gratitude for the relationships that sustain us all -- for the people who have taught us in a school setting and beyond, and for the young ones we are able to nurture and inspire. I was also thinking about how many of us are living out the paradox of being ever more plugged in, and ever more aware of what's happening in our community via social media platforms, while at the same time, face-to-face interactions are less frequent than ever before. We are in constant touch, but barely touching. Watching these videos made me remember the importance of re-connecting, treating people with kindness and respect, and being generous and compassionate to both loved ones and strangers. If each of us pledged to do more of that, we'd make a better world for all of us to learn and grow in.

Human the movie HUMAN, a film by Yann Arthus-Bertrand. Turn on the Closed Captions (CC) to know the countries where the images were filmed and the first name of the interviewees. What is it that makes us human ? Is it that we love, that we fight ? That we laugh ?