How to Become President of the United States 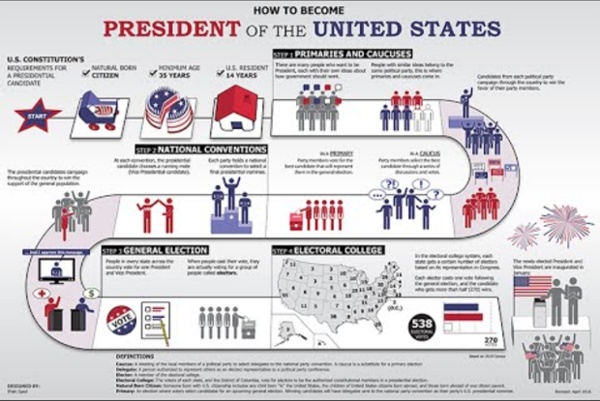 US Government for Kids: Two-Party System History >> US Government What are political parties? Political parties are groups of people that are organized based on their political beliefs and goals. In some cases, political parties are large powerful organizations that run much of the government. Two Main Parties Making the right choices: ‘Lean On Me’ Every word in the song “Lean On Me” by Bill Withers has been written into a grid with some distractors. Starting in the upper left corner, students complete the lyrics choosing one of the words available right next to the last word in any direction and using each square only once. To guide them through the process, the writing worksheet provides students with a few words in each line, including the first ones, which are also capitalised in the grid for easier reference. You may want to model and play the first two lines of the song so that the students can understand the procedure. Students will be practising a number of skills as they make their choices. Sometimes they will have to make decisions concerning subject-verb agreement, sentence structure, word order, or selecting the right preposition.

Presidential election results: Live map of 2020 electoral votes 99% of Expected Vote Estimated remaining85,905 Tap map for detailsHover over the map for details How to take afternoon tea like a Brit - BBC Reel Feed the soul and connect with cherished memories through comfort foods from all over the world. Food & DrinkLouisiana’s best-kept culinary secretIt’s said to be an extremely memorable experience.Watch now

US election 2020 dictionary - CBBC Newsround Getty Images On 3 November 2020, the US will decide who they want to be their next president. Stories about the US election are all over the news, as Donald Trump and Joe Biden campaign to win the votes of the US public. How the Dawes Act Stole 90 Million Acres of Native American Land In the long, dark history of the United States government's mistreatment of Native Americans, most people are familiar with the Trail of Tears, in which approximately 15,000 Native American men, women and children died during forced relocation from their tribal homelands in the American Southeast to Indian Territory in modern-day Oklahoma. But the theft of Native American tribal land didn't stop with the Indian Removal Act of 1830 that authorized the Trail of Tears. Over the next century, Congress passed a series of laws that systematically stripped tribes of their lands, selling them to white settlers and corporations. The Dawes Act, while not a household name, was perhaps the single most devastating government policy of them all.

Chapter One: 'The Boy Who Lived' DanielDaniel Radcliffe reads the first chapter of Harry Potter and the Philosopher’s Stone/Sorcerer’s Stone, as part of Harry Potter At Home. Look out for more special video readings in the upcoming weeks. Daniel will be the first of many exciting contributors to help us read through the first Harry Potter book, as he introduces the Dursleys, who don’t like anything mysterious. Enter a cat reading a map, owl-filled skies and whispers about the Potters. So, get comfy and enjoy! You can register with the Harry Potter Fan Club to get all the latest updates on further video readings too.

The Estate Tax Is a Meritocratic Necessity by Robert Montenegro Even the most cynical American has to admit that the so-called American Dream, which purports itself to be the pinnacle of free society and new-world meritocracy, is a lovely little idea. Everyone begins on an even playing field; you're offered an equal chance as anyone else to succeed; and if you're tactful and lucky, you'll achieve prosperity. It's the antithesis of old-world aristocratic values. It's all the theoretical good of capitalism wrapped up in a pretty little bow.

Linking Words: Contrasting Ideas – Espresso English Linking words to help you contrast things in English Image source: FreeDigitalPhotos.net But / However But is more informal than however. Delta Publishing Our aim is to help you with resources that you can use online. We hope these prove useful and engaging for your students. Please feel free to share these with your colleagues too. How to These notes are a general guide on how to use the DELTA slides online with your students Download