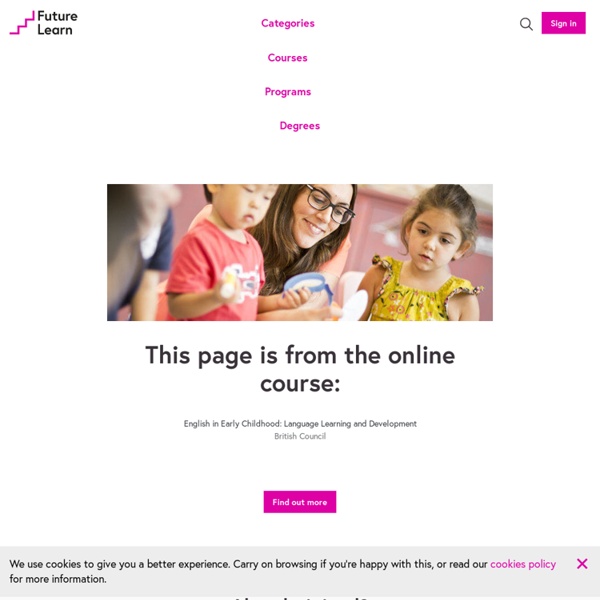 Heuristic play Heuristic play is rooted in young children’s natural curiosity. As babies grow, they move beyond being content to simply feel and ponder objects, to wanting to find out what can be done with them. Toddlers have an urge to handle things: to gather, fill, dump, stack, knock down, select and manipulate in other ways. Household or kitchen utensils offer this kind of activity as every parent knows, and can occupy a child for surprising stretches of time. When toddlers make an enjoyable discovery – for instance when one item fits into another, or an interesting sound is produced – they often repeat the action several times to test the result, which strengthens cognitive development as well as fine muscle control and hand/eye coordination. In their book, People under Three, Elinor Goldschmied and Sonia Jackson coined the term heuristic play, to explain how to provide a more structured opportunity for this kind of activity. Heuristic play with objects is not a novel idea.

Practical tips By Opal Dunn, educational consultant and author Introduction Young children learn English differently from most adults. Most have an innate ability to pick up English while taking part in activities, by making sense of what they are doing and picking up the adult’s language that accompanies the activity. Planned English sessions You can plan regular sessions which will usually take place: at home on regular days for about ten to twenty minutes adjusted to fit your child’s increasing English ability and ability to concentrate as a planned programme that reviews and builds on known activities and introduces new ones. Short English sessions These are more informal and can take place: any place – in the car, at bathtime, in a supermarket queue any time in response to a mood or special experience. As your child’s English ability increases, short English sessions tend to occur more frequently. Basic programme English corner or English table Ideas for activities Crafts Family activities Rhymes and songs

How Children Learn to Talk Have you ever wondered how children learn to talk? Many people, when asked that question, respond that they do it by imitating. This is at least partially true. Without imitation, we couldn't account for the fact that children in Texas usually learn Texan English, children in Paris usually learn Parisian French, and not vice versa. But imitation as an answer doesn't take us very far. At this point some would amend their position to say that children don't imitate others sentence by sentence. At any given point in development, a child's speech more closely resembles the speech of other children at the same stage of development than it does the speech of adults in the child's environment—even if there are not other children around. What do children do as they learn to talk? There is much evidence that children's early sentences result from the use of some sort of rules—and not simply from the haphazard imitation of adult sentences. Child: Want other one spoon, Daddy. But there's more.

Whole Child Development Is Undervalued The question is how to make such an approach both systemic and sustainable. Whole Person Socio-emotional, physical, creative, and cognitive capacities are deeply intertwined and equally important in ensuring a child's wellbeing, learning, and growth. (That shouldn't be a surprise to anyone studying or supporting children's learning.) Nobel laureate James Heckman, a professor of economics at the University of Chicago, has shown that the non-cognitive skills emerging in early childhood are among the strongest predictors of adult outcomes. The development of these qualities, which rely on an individual's self-worth and self-control, critically outperform any other positive measures of children's long-term outcomes, whether academically or intellectually. The most impactful way of supporting such skills is associated with helping children feel in control of their learning process. Whole Communities Whole Societies

Key Person & Attachment The Key Person Children thrive from a base of loving and secure relationships. This is normally provided by a child’s parents but it can also be provided by a key person. A key person is a named member of staff with responsibilities for a small group of children who helps those children in the group feel safe and cared for. Records of development and care are created and shared by the key person, parents and the child. Why Attachment Matters What is attachment and why is it important for young children? Does being bilingual make you smarter? Language teacher and researcher Miguel Angel Muñoz explains the latest research on how being bilingual affects your brain, ahead of a British Council seminar in Cardiff on whether learning a foreign language makes you smarter. You can watch the live-streamed seminar on Tuesday, 3 June. More than half the world's population uses two or more languages every day It is hard to estimate the exact number of bilingual people in the world, as there is a lack of reliable statistics . But in 2012, a Eurobarometer survey established that 'just over half of Europeans (54%)' are bilingual, and other studies hypothesise that more than half of the world’s population is bilingual. So what about you? Being bilingual isn't black-and-white To answer that question, first we need to establish what being bilingual means. I, for example, am -- or used to be -- proficient in German, but I have not used my German regularly for a very long time. What are the costs of being bilingual? Don’t worry. 1. 2. 3.

What Parents Can Gain From Learning the Science of Talking to Kids | MindShift | KQED News The widening education gap between the rich and the poor is not news to those who work in education, many of whom have been struggling to close the gap beginning the day poor children enter kindergarten or preschool. But one unlikely soldier has joined the fight: a pediatric surgeon who wants to get started way before kindergarten. She wants to start closing the gap the day babies are born. When Dr. The difference turned out to be the words children heard from their parents and caregivers, millions of them. While auditing a graduate-level course on child language development at the University of Chicago, Suskind heard about the groundbreaking Hart and Risley study on the differences in how parents from different income levels interacted with their children. There was a direct correlation between the children who’d heard a lot of parent talk and how prepared they were to learn once they arrived at school. For Suskind, a lightbulb went on. Bringing Parents On Board * Tune In. * Talk More.