The History of the World: Every Year 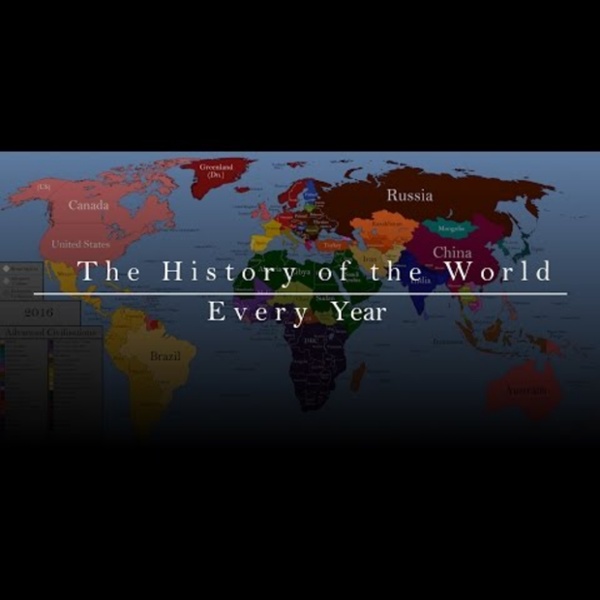 Find Your 2,000-Year-Old Dopplegänger Do you look more like the goddess Aphrodite or the god Apollo? A Canadian museum thinks it may have the answer. For its upcoming exhibition “My 2,000-Year-Old Double,” the Musée de la Civilisation in Quebec City, Canada, is inviting people from around the world to upload their own photos in an effort to find their ancient dopplegängers. Future - Timeline of the far future First, we brought you a prediction of the forthcoming year. Then we brought you a timeline of the near future, revealing what could happen up to around 100 years time. But here’s our most ambitious set of predictions yet – from what could happen in one thousand years time to one hundred quintillion years (that’s 100,000,000,000,000,000,000 years). As the song says, there may be trouble ahead... To see more of our infographics, click here.

Why is democracy faltering? Jair Bolsonaro, the frontrunner for the Brazilian presidency, is a far-right, gun-loving, media-baiting hyper-nationalist. The fact that he would be right at home among many of today’s global leaders—including the leaders of some of the world’s major democracies—should worry us all. This compels us to address the question: Why is democracy faltering? How the English Failed to Stamp Out the Scots Language Over the past few decades, as efforts to save endangered languages have become governmental policy in the Netherlands (Frisian), Slovakia (Rusyn) and New Zealand (Maori), among many others, Scotland is in an unusual situation. A language known as Scottish Gaelic has become the figurehead for minority languages in Scotland. This is sensible; it is a very old and very distinctive language (it has three distinct r sounds!), and in 2011 the national census determined that fewer than 60,000 people speak it, making it a worthy target for preservation.

The Milky Way's Monster, Unveiled Just in time for Halloween, astronomers have delivered the best-yet view of a real-life cosmic monster—Sagittarius A*, a supermassive black hole lurking at the center of the Milky Way. Or, rather, a view of hot clumps of gas that orbit it, teetering on the edge of oblivion. The results reveal new, previously unknown properties of our galaxy’s largest black hole and point the way toward a deeper understanding of gravity. Black holes, like all truly terrifying monsters, can scarcely be comprehended, let alone seen. Even Einstein doubted they existed, despite his theory of general relativity predicting that they must. They are knots of gravitation bound so tightly that within them spacetime dissolves; spectral shadows so voracious they devour light itself.

Innerösterreich (1784–1785) - First Military Survey Layers provided by Arcanum Adatbázis Kft Data provided by Österreichisches Staatsarchiv Georeference method: Molnár, G., Timár, G., Biszak, E. (2014): Can the First Military Survey maps of the Habsburg Empire (1763-1790) be georeferenced by an accuracy of 200 meters? DOI: 10.13140/2.1.1447.8724. The Oldest Companies In The World, Visualized Businesses around the world are struggling to weather the historic economic shutdown caused by the coronavirus pandemic, but there are companies out there that have survived through centuries of ups and downs. So what are the oldest surviving companies? Redditor takeasecond scoured through Wikipedia's oldest companies list and compiled a graph of the oldest companies in the world. Topping the chart is Kongo Gumi, a construction business based out of Japan, established in 578 AD. According to The Atlantic, Kongo Gumi specializes in building Buddhist temples, something that hasn't yet gone out of style. [Via Reddit]

DARPA wants to build an AI to find the patterns hidden in global chaos That most famous characterization of the complexity causality, a butterfly beating its wings and causing a hurricane on the other side of the world, is thought-provoking but ultimately not helpful. What we really need is to look at a hurricane and figure out which butterfly caused it — or perhaps stop it before it takes flight in the first place. DARPA thinks AI should be able to do just that. A new program at the research agency is aimed at creating a machine learning system that can sift through the innumerable events and pieces of media generated every day and identify any threads of connection or narrative in them. It’s called KAIROS: Knowledge-directed Artificial Intelligence Reasoning Over Schemas. “Schema” in this case has a very specific meaning.

A Neural Network Playground Data Which dataset do you want to use? Features Conrad Gessner Life[edit] Conrad Gessner was born on 26 March 1516, in Zürich, Switzerland, the son of Ursus Gessner, a poor Zürich furrier. His early life was one of poverty and hardship, but Gessner's father realized his talents, and sent him to live with and be schooled by a great uncle, who grew and collected medicinal herbs for a living. Here the boy became familiar with many plants and their medicinal purposes which led to a lifelong interest in natural history. Throughout his life Gessner was interested in natural history, and collected specimens and descriptions of wildlife through travel and extensive correspondence with other friends and scholars. His approach to research consisted of four main components: observation, dissection, travel to distant lands, and accurate description.

Four global economic trends we need to take seriously Economic competitiveness matters. But not as an end in itself - it matters because nations that are more competitive are more productive, and are therefore more able to provide for the social needs of their people. The world has changed dramatically over the last decade, and measuring the factors that determine competitiveness continues to be a highly complex process. That’s why in order to calculate the World Economic Forum’s Global Competitiveness Index we use hundreds of different measures and consider many factors. It’s certainly true that the Fourth Industrial Revolution – new, rapidly changing technologies in many different fields – has changed the way we need to measure some aspects of competitiveness, particularly in relation to innovation and ideas. We need to stress, for example, the value of ideas and collaboration within companies; the values of open-mindedness, of connectivity, and the value of an entrepreneurial spirit.

Untangling Text: Voyant Tools’ Knots for Text Analysis Introduction: What is Voyant Tools and Why Should I Care? I’d like to introduce you to Voyant Tools because Voyant is still forgetting to introduce itself. In Alexis Priestley’s earlier tutorial on the site, she noted that a link on Voyant’s homepage for further information was broken. For $29, This Man Will Help Manipulate Your Loved Ones With Targeted Facebook And Browser Links Elliot Shefler sits waiting in the lobby of a co-working office in London and immediately stands out from others around him. He’s not on his phone. As he starts to expound on the dark arts of targeted online tracking, you start to understand why.

Teaching and Learning with Technology at Reed Voyant Tools is one of my favorite text analysis tools because it is fast and easy to use, even for people who have no background in text analysis. Although Voyant offers a lot of options—which can be overwhelming—the interface presents basic results that any user can easily customize. The results of Voyant’s analysis can be downloaded as visualizations or in tab-separated or JSON data formats, and Voyant also generates embed codes for its tools (which I’m using for this blog post), as well as citations for specific analyses. This post will cover basic Voyant functions, including inputting texts for analysis, working with and understanding basic Voyant tools, and downloading data. Voyant’s tagline is “see through your text.”