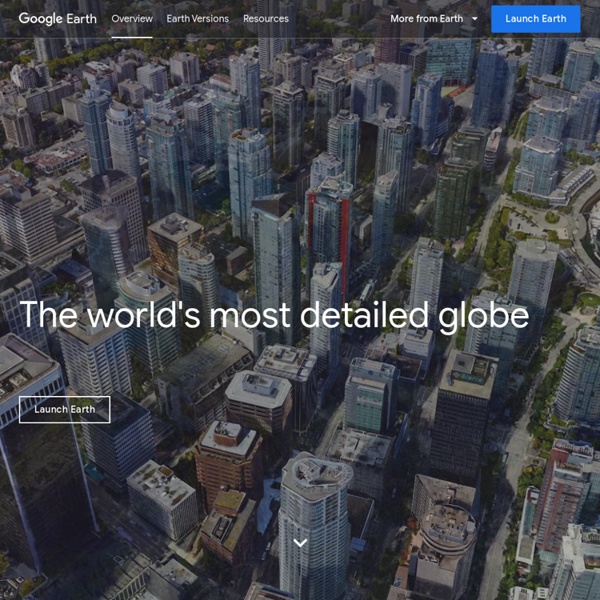 Hybrid Course Blended learning is a formal education program in which a student learns at least in part through online delivery of content and instruction with some element of student control over time, place, path or pace.[1] While still attending a “brick-and-mortar” school structure, face-to-face classroom methods are combined with computer-mediated activities.[2] Proponents of blending learning cite the opportunity for data collection and customization of instruction and assessment as two major benefits of this approach.[3] Schools with blended learning models may also choose to reallocate resources to boost student achievement outcomes.[4] Terminology[edit] History of the term[edit]

GPX: the GPS Exchange Format What is GPX? GPX (the GPS Exchange Format) is a light-weight XML data format for the interchange of GPS data (waypoints, routes, and tracks) between applications and Web services on the Internet. Current Status One to one computing In the context of education, one-to-one computing (sometimes abbreviated as "1:1") refers to academic institutions, such as schools or colleges, issuing each enrolled student an electronic device in order to access the Internet, digital course materials and digital textbooks. The concept has been actively explored and sporadically implemented since the late 1990s.[1] One-to-one computing is frequently contrasted with a policy of "bring your own device" (BYOD), which encourages or requires students to use their own laptops, smartphones or other electronic devices in class. One-to-one computing offers the benefits of equal access, standardization, easy upgrades, simple networking and the ability to monitor student progress and online behavior.

Constructionism Seymour Papert Seymour Papert defined constructionism in a proposal to the National Science Foundation entitled Constructionism: A New Opportunity for Elementary Science Education as follows: "The word constructionism is a mnemonic for two aspects of the theory of science education underlying this project. From constructivist theories of psychology we take a view of learning as a reconstruction rather than as a transmission of knowledge. Then we extend the idea of manipulative materials to the idea that learning is most effective when part of an activity the learner experiences as constructing is a meaningful product.".[2] As Papert and Idit Harel say at the start of Situating Constructionism, "It is easy enough to formulate simple catchy versions of the idea of constructionism; for example, thinking of it as 'learning-by-making'.

Self-paced instruction Self-paced instruction is any kind of instruction that proceeds based on learner response. The content itself can be curriculum, corporate training, technical tutorials, or any other subject that does not require the immediate response of an instructor. Self-paced instruction is constructed in such a way that the learner proceeds from one topic or segment to the next at his/her own speed. Technical Collaboration What is GeoSciML GeoSciML is an XML–based data transfer standard for the exchange of digital geoscientific information. It accommodates the representation and description of features typically found on geological maps, as well as being extensible to other geoscience data such as drilling, sampling, and analytical data. GeoSciML provides a standard data structure for a suite of common geologic features (eg, geologic units, structures, earth materials) and artefacts of geological investigations (eg, boreholes, specimens, measurements). Supporting objects such as the geologic timescale and vocabularies are also provided as linked resources, so that they can be used as classifiers for the primary objects in the GeoSciML standard. The GeoSciML data standard is underpinned by several established OGC and ISO standards, including Web Feature Service (WFS – ISO 19142), Geography Markup Language (GML – ISO 19136), Observations & Measurements (O&M – ISO 19156), and SWE Common.

Constructivism Jean Piaget: founder of Constructivism In past centuries, constructivist ideas were not widely valued due to the perception that children's play was seen as aimless and of little importance. Jean Piaget did not agree with these traditional views, however. He saw play as an important and necessary part of the student's cognitive development and provided scientific evidence for his views. Today, constructivist theories are influential throughout much of the non-formal learning sector. One good example of constructivist learning in a non-formal setting is the Investigate Centre at The Natural History Museum, London. GeoSciML GeoSciML or Geoscience Markup Language is a GML Application Schema that can be used to transfer information about geology, with an emphasis on the "interpreted geology" that is conventionally portrayed on geologic maps. Its feature-type catalogue includes Geologic Unit, Mapped Feature, Earth Material, Geologic Structure, and specializations of these, as well as Borehole and other observational artefacts. It was created by, and is governed by, the Commission for the Management and Application of Geoscience Information (CGI) to support interoperability of information served from Geologic Surveys and other data custodians. It will be used in the OneGeology project, an effort to create a geological map of the entire Earth, served live by merging data from many national geological surveys.

Peer-mediated Instruction Procedure[edit] A student or students will be chosen from the target student's classroom to serve as a peer tutor. Garrison-Harrell et al. Chronas May Be The Best New World History Site Of The Year Chronas is a new site that lets you used a time “slider” at the bottom to see how the world looked at pretty much any given date during the past 2000 years. If you click on the countries/regions/empires shown, then it will show you the appropriate Wikipedia entry. It’s still working out its kinks — it wouldn’t let me view it on a mobile device and, even though it says you can view it on browsers other than Chrome – I wouldn’t. I’m adding it to The Best Websites For Teaching & Learning About World History, though I’m not quite ready to add it to The “All-Time” Best Social Studies Sites. Thanks to Google Maps Mania for the tip. Here’s a video describing how it works: