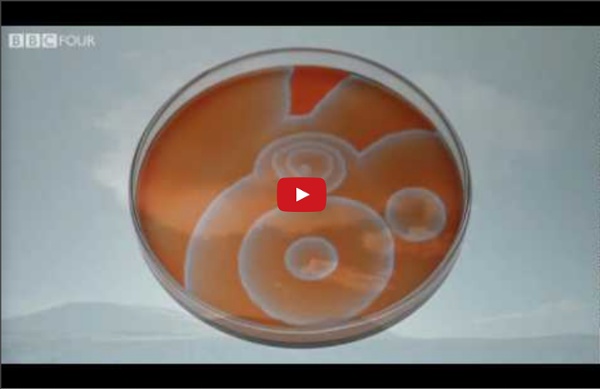 Zachman Framework The Zachman Framework of enterprise architecture The Zachman Framework is not a methodology in that it does not imply any specific method or process for collecting, managing, or using the information that it describes.;[2] rather, it is an Ontology whereby a schema for organizing architectural artifacts (in other words, design documents, specifications, and models) is used to take into account both whom the artifact targets (for example, business owner and builder) and what particular issue (for example, data and functionality) is being addressed.[3] The framework is named after its creator John Zachman, who first developed the concept in the 1980s at IBM. It has been updated several times since.[4] Overview[edit] The term "Zachman Framework" has multiple meanings. Collage of Zachman Frameworks as presented in several books on Enterprise Architecture from 1997 to 2005. The framework is a logical structure for classifying and organizing the descriptive representations of an enterprise.

300+ Mind Expanding Documentaries Source: www.diygenius.com | Original Post Date: January 12, 2014 – I watch a lot of documentaries. I think they are incredible tools for learning and increasing our awareness of important issues. The power of an interesting documentary is that it can open our minds to new possibilities and deepen our understanding of the world. On this list of mind expanding documentaries you will find different viewpoints, controversial opinions and even contradictory ideas. Critical thinking is recommended. Watching documentaries is one of my favorite methods of self-education. I hope you find these documentaries as enlightening as I did! [1] Life In The Biosphere Explore the wonder and interconnectedness of the biosphere through the magic of technology. 1. [2] Creativity and Design: Learn about all the amazing things that people create with their imaginations. 1. [3] The Education Industrial Complex: The modern school where young minds are moulded into standardized citizens by the state. 1. 1. 1. 1. 1. 1.

PSYCH-K Centre International Lynn Margulis and Dorion Sagan - Microbial Microcosm Just how interconnected are we? The work of biologist Lynn Margulis and writer Dorion Sagan indicates we’re interconnected in ways few of us have probably ever considered. In fact, instead of viewing ourselves as the pinnacle of evolution, it may be more accurate to think of ourselves as a colony of closely associated bacteria. Carla Cole based the following on the work of Lynn Margulis and Dorion Sagan, including an article of theirs, The Parts: Power to the Protoctists, which appeared in the September/October 1992 issue of Earthwatch. All life on Earth today derived from common ancestors. Far from leaving microorganisms behind on an evolutionary ladder, we more complex creatures are both surrounded by them and composed of them. In the first two billion years of life on Earth, bacteria – the only inhabitants – continuously transformed the planet’s surface and atmosphere and invented all life’s essential, miniaturized chemical systems.

Brain Pickings Mimivirus Mimivirus is a viral genus containing a single identified species named Acanthamoeba polyphaga mimivirus (APMV). It also refers to a group of phylogenetically related large viruses, designated usually "MimiN."[1] In colloquial speech, APMV is more commonly referred to as just "mimivirus." Mimivirus has a large and complex genome compared with most other viruses. Discovery[edit] The same team that discovered the mimivirus later discovered a slightly larger virus, dubbed the mamavirus, and the Sputnik virophage that infects it.[5] Classification[edit] Mimivirus has been placed into a viral family by the International Committee on Taxonomy of Viruses as a member of the Mimiviridae,[6] and has been placed into Group I of the Baltimore classification system.[7] Although not strictly a method of classification, Mimivirus joins a group of large viruses known as nucleocytoplasmic large DNA viruses (NCLDV). Structure[edit] Genome[edit] Replication[edit] Pathogenicity[edit] See also[edit] References[edit]

Networks, Crowds, and Markets: A Book by David Easley and Jon Kleinberg In recent years there has been a growing public fascination with the complex "connectedness" of modern society. This connectedness is found in many incarnations: in the rapid growth of the Internet and the Web, in the ease with which global communication now takes place, and in the ability of news and information as well as epidemics and financial crises to spread around the world with surprising speed and intensity. These are phenomena that involve networks, incentives, and the aggregate behavior of groups of people; they are based on the links that connect us and the ways in which each of our decisions can have subtle consequences for the outcomes of everyone else. Networks, Crowds, and Markets combines different scientific perspectives in its approach to understanding networks and behavior. The book is based on an inter-disciplinary course that we teach at Cornell. You can download a complete pre-publication draft of Networks, Crowds, and Markets here.

30 traits of an Empath (How to know if you're an Empath) By: Christel Broederlow What is an empath? Being an empath is when you are affected by other people’s energies, and have an innate ability to intuitively feel and perceive others. Empaths are often quiet achievers. However, they can be the exact opposite: reclusive and apparently unresponsive at the best of times. Empaths have a tendency to openly feel what is outside of them more so than what is inside of them. Empaths are more inclined to pick up another’s feelings and project it back without realizing its origin in the first place. Without a doubt, this emotional withholding can be detrimental to one’s health, for the longer one’s thoughts and/or emotions aren’t released, the more power they build. Empaths are sensitive to TV, videos, movies, news and broadcasts. You will find empaths working with people, animals or nature with a true passion and dedication to help them. They are just as expressive with body language as with words, thoughts, and feelings. 1. 2. 3. 4. 5. 6. 7. 8. 9.