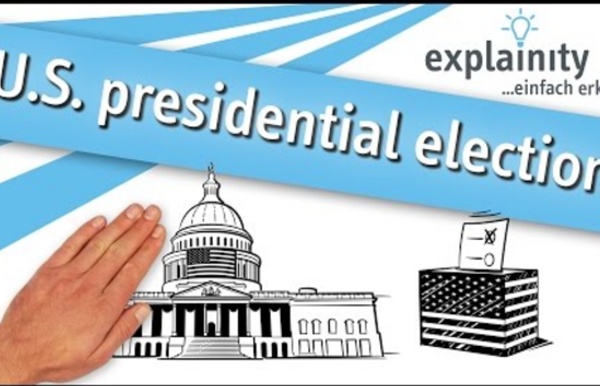 ELLLO Views #931 Middle School Dai: So Miss Naomi from...where is it you are from? Naomi: Wales. Dai: Wales, OK, and how old are you now? Naomi: I’m eleven. Dai: Eleven. Naomi: Junior school. Dai: Junior school. Naomi: Six. Dai: Oh, grade six, OK. Naomi: We study Art and Maths and Science and English and Geography and History and RE. Dai: RE? Naomi: Religious education. Dai: Oh, OK. Naomi: About quarter to nine and it starts at five past. Dai: The first class is at five past. Naomi: Yeah. Dai: And then do you get a break? Naomi: We get a break at half past ten and then lunch at twelve o’clock. Dai: Oh twelve o’clock, for how long? Naomi: For an hour. Dai: Oh an hour? Naomi: Yeah, they have that and you can bring sandwiches. Dai: You can bring your own sandwiches instead? Dai: OK. Naomi: I normally bring sandwiches. Dai: OK. Naomi: They’re OK but I don’t really like them as much as sandwiches. Dai: And what kind of food do they serve up in the canteen? Naomi: They serve roast dinners and... Dai: Roast dinners? Dai: OK. Naomi: No.

William Shakespeare born - Apr 23, 1564 According to tradition, the great English dramatist and poet William Shakespeare is born in Stratford-on-Avon on April 23, 1564. It is impossible to be certain the exact day on which he was born, but church records show that he was baptized on April 26, and three days was a customary amount of time to wait before baptizing a newborn. Shakespeare’s date of death is conclusively known, however: it was April 23, 1616. He was 52 years old and had retired to Stratford three years before. Although few plays have been performed or analyzed as extensively as the 38 plays ascribed to William Shakespeare, there are few surviving details about the playwright’s life. He probably attended the grammar school in Stratford, where he would have studied Latin and read classical literature. The first reference to Shakespeare as a London playwright came in 1592, when a fellow dramatist, Robert Greene, wrote derogatorily of him on his deathbed. Shakespeare died in Stratford-on-Avon on April 23, 1616.

12 songs to practice the pronunciation of -ED endings - Luiz Otávio Barros As you know, the “-ed” endings of regular past tense verbs can be pronounced in three different ways: /t/, /d/ and /ɪd/, which is the one most students tend to overuse. Click here for an overview of the rules. Over the years, I have found that /t/ and /d/ are easier to notice and to produce if the verb comes immediately before a word beginning with a vowel sound: liked it – /laɪktɪt/dreamed of – /driːmdəv/ To help students get their tongues around the two sounds, I usually ask them to move /t/ and /d/ to the front of the vowel sound. This makes it obvious that there’s no room for /ɪ/: liked it – /laɪk tɪt/dreamed of – /driːm dəv/ Out of all the ideas and techniques I’ve used in class, this has probably been the most effective. So I decided to put together a 7-minute video containing 12 song excerpts you can use to help your students notice how /t/ and /d/ are linked to the vowel sounds that follow. By the way, if the video is out of synch, go back to the beginning and / or refresh the page.

british-airways-inflight-video-thandie-newton-gillian-anderson-chiwetel-ejiofor-ian-mckellen-a7849361 There must be stardust in the air. A week after Air New Zealand launched its latest inflight safety video – which swiftly went viral, clocking up 16 million views on YouTube – British Airways has released its star-studded equivalent. The six-minute film runs through the safety instructions for BA flights, as well as introducing their Flying Start charity, which supports Comic Relief. The video – produced in conjunction with the charity – features the likes of Chiwetel Ejiofor, Gordon Ramsay and Gillian Anderson running through the safety demo. Thandie Newton is on hand to explain where the emergency exits are, Rob Brydon demonstrates the use of a lifejacket, and Sir Ian McKellen and Warwick Davis show how to use an oxygen mask. Jim Broadbent, meanwhile, demonstrates how to put his tray table up and down and Rowan Atkinson finishes off the film with some Mr Bean-style capers with the Flying Start donations envelope.

Oxford - Who Killed Marilyn Spencer? - Guy Weston Chapter One: 'The Boy Who Lived' | Wizarding World DanielDaniel Radcliffe reads the first chapter of Harry Potter and the Philosopher’s Stone/Sorcerer’s Stone, as part of Harry Potter At Home. Look out for more special video readings in the upcoming weeks. Daniel will be the first of many exciting contributors to help us read through the first Harry Potter book, as he introduces the Dursleys, who don’t like anything mysterious. Enter a cat reading a map, owl-filled skies and whispers about the Potters. Looks like those mischievous Cornish Pixies have caused an error. Register now to get the latest announcements from the Harry Potter Fan Club Newsletter. Look out for more famous faces and friends of the Wizarding World (and beyond!) If you're ready for Chapter Two, read by Noma Dumezweni, step this way. And for all of our chapters so far, you can find them here. You may notice some wonderful drawings representing the first chapter during the read-through. Chapter One: ‘The Boy Who Lived’ – Further reading and new activities

How to take afternoon tea like a Brit - BBC Reel Feed the soul and connect with cherished memories through comfort foods from all over the world. Food & DrinkLouisiana’s best-kept culinary secretIt’s said to be an extremely memorable experience.Watch now