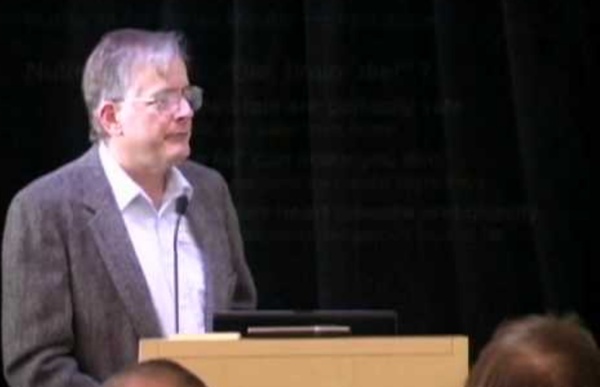 10 Ways to Boost Brain Function with BDNF - Dr. John Day Podcast: Play in new window | Download 10 Ways to Boost Brain Function with BDNF Did you know that you have a 1 in 3 chance of developing Alzheimer’s Disease or another form of dementia? Is there a way to boost brain function now and prevent dementia later in life? The solution may be to raise your BDNF levels. What is BDNF? Brain derived neurotrophic factor (BDNF) is a protein which can be thought of as “brain fertilizer.” When BDNF levels are high, acquiring new knowledge is easy, memories are retained, and people feel happier. Unfortunately, when BDNF levels fall the opposite occurs. Clearly we want more BDNF! Airplane Pilots and BDNF As we age our BDNF levels naturally fall and we may find it more difficult to do the complex tasks that were much easier for us when we were younger. Even worse, about 1 in 3 Americans have a mutation in the gene coding for BDNF so that in these people BDNF levels fall much faster than they should with age. A few years ago Stanford University researcher, Dr.

Conspiracy Theorists Are Obsessed With the Wrong ‘New World Order’ - DOUBLE propaganda, attempts to move truth in mind of reader from NWO to Climate Change...proves view on both is right EDITOR’S NOTE: This article originally appeared at TomDispatch.com. To stay on top of important articles like these, sign up to receive the latest updates from TomDispatch.com. You know the story: The globalists want your guns. They want your democracy. They’re hovering just beyond the horizon in those black helicopters. They control the media and Wall Street. The only thing that stands in their way is—take your pick—the Second Amendment, Twitter, or Donald Trump. Conspiracy theorists have, in fact, been warning about just such a New World Order for decades, going all the way back to the isolationist critics of President Franklin Delano Roosevelt and to fears about the United Nations in the post-World War II moment. The Agenda 21 Dystopia On September 11, 1990, just after Saddam Hussein ordered the invasion of Kuwait and just before the reunification of Germany, George H.W. Such characteristics made him particularly vulnerable to attacks from the far right. The Real New World Order

Clean And Drain Your Brain By Doing This One Little Thing Every Night Photo credit: bigstock.com You have probably heard by now that the way we tend to sleep most of the night — on our back, stomach, side, or in the fetal position — can affect everything from our well-bring, personality, even our mood. Did you know, however, that what position you sleep in can actually affect the health of your brain? A study recently published in The Journal of Neuroscience shows that sleeping on our sides, instead of on our stomach or back, allows the brain to remove waste products, which can reduce our risk of developing neurological diseases, including Alzheimer’s. It has long been known that the best sleep positions are on our side or on our backs when it comes to supporting the spine and neck, as well as keeping airways open for deep sleep. The Stony Brook University School of Medicine looked at how our sleeping positions affected our brain health and how it discarded of metabolic waste. The glymphatic system is, for the most part, inactive during daylight hours.

How much do immigrants really claim in benefits? The charts above and below show that EU claimants are the smallest group receiving either working age benefits or tax credits. The data from the Department for Work and Pensions (DWP) and HMRC, also show that the majority of welfare recipients are British. In 2014, 4.9 million (92.6 per cent) working age benefit claimants were British while only 131,000 (2.5 per cent) were EU nationals. The number of recipients from outside of the UK — but not from the EU — was 264,000 (five per cent). Likewise, in the latest data from 2013 for those tax credits, 3.9 million (84.8 per cent) families receiving the benefits were British citizens, 302,000 (6.4 per cent) were EU citizens and 413,000 (8.8 per cent) were from outside of the UK. Between 2008 and 2014, the number of benefit claimants increased by more than 130,000. But only 113,700 EU migrants were on key out-of-work benefits in February this year of which only 65,000 were on Jobseeker’s Allowance (JSA). What does this all mean?

7 Hobbies Science Says Will Make You Smarter For a long time, it was believed that people are born with a given level of intelligence and the best we could do in life was to live up to our potential. Scientists have now proven that we can actually increase our potential and enjoy ourselves in the process. We now know that by learning new skills the brain creates new neural pathways that make it work faster and better. Here is a list of seven hobbies that make you smarter and why. 1. Playing music helps with creativity, analytical skills, language, math, fine motor skills and more. An improved corpus callosum helps with executive skills, memory, problem solving and overall brain function, regardless of how old you are. 2. The benefits of reading are the same whether you are enjoying Game of Thrones, Harry Potter or the latest issue of the Wall Street Journal. At work, this translates into better understanding how to make things happen and better managerial skills. 3. Occasional exercise alone doesn’t do the trick. 4. 5. 6. 7.

cataplerosis and anaplerosis Cataplerosis and Anaplerosis Cataplerosis and anaplerosis refer to two biochemical processes related to the Kreb’s cycle, also known as the citric acid cycle and Tricarboxylic Acid Cycle (TCA cycle). The Kreb’s cycle is a series of enzymatic reactions that takes place in a cell’s mitochondria. The ‘cycle’ part of the Kreb’s cycle refers to the fact that the two-carbon molecule that is to be utilized must be attached to a larger molecule to be processed. Two primary amino acids that enter the Kreb’cycle are glutamate that is converted to alpha-ketoglutarate and aspartate that is converted to oxaloacetate. PEPCK is part of the cataplerotic pathway. Other Anaplerotic substrates and the Ketogenic Diet Neurosci Lett. 2008 Mar 21;434(1):66-70. Effects of short-term and long-term treatment with medium- and long-chain triglycerides ketogenic diet on cortical spreading depression in young rats. The ketogenic diet (KD) is a high fat and low carbohydrate and protein diet.

Vintage Dreamland – WHITLEY STRIEBER'S UNKNOWN COUNTRY Whitley Strieber Interviews Dr. John Mack March 29, 2013 On November 14, 1999, Whitley Strieber interviewed Dr. John Mack for Dreamland. Prior to this presentation of that program, Whitley has added a discussion of his friendship with Dr. Dr. November 24, 2011 In this vintage Dreamland from 2001, Dr. Ruins, Caves and Tunnels November 10, 2011 An absolutely terrific show from 2001 entitled Ruins, Caves and Tunnels. Vintage Dreamland: 2002 Crop Circle Special December 7, 2002 In honor of our visit from the Sherwoods and the start of what promises to be a spectacular crop circle season, we revisit Dreamland's crop circle special from December 7, 2002. Vintage Dreamland: 2002 Andrew Collins November 23, 2002 a GREAT vintage Dreamland--Andrew Collins's first show, 11/23/2002 that made him a true Dreamland star and one of our most popular guests! Vintage Dreamland: Jose Arguelles, 09/21/2002 September 21, 2002 Listen as Whitley interviews one of the pioneers of harmonic convergence, Jose Arguelles.

New Research Shows How Virtual Reality Shuts Down the Brain by Nicholas West Virtual reality is already being embraced for its entertainment value, as well as by the military and the scientific establishment. It is also a goal of The Singularity Movement to enable a full mind upload as we increase our merger with machines toward a path of supposed immortality. However, scientists are beginning to study the effects of how virtual reality can impact one's perception of themselves inside the virtual matrix, as well as a potential for transferred perceptions of those around them in the real world. Early conclusions are troubling. It appears that not only can our moral behavior be affected, but parts of our brain that register spatial awareness and movement actually shut down when entering even the most realistic virtual environment. New Scientist announced in July of last year a significant step in merging reality with virtual reality. The researchers recruited 194 undergraduates to participate in two supposedly unrelated studies.

Mitochondrion Two mitochondria from mammalian lung tissue displaying their matrix and membranes as shown by electron microscopy Mitochondria can range from 0.5 to 1.0 μm in diameter. A considerable variation can be seen in the structure and size of this organelle. Unless specifically stained, they are not visible. These structures are described as "the powerhouse of the cell" because they generate most of the cell's supply of adenosine triphosphate (ATP), used as a source of chemical energy.[3] In addition to supplying cellular energy, mitochondria are involved in other tasks, such as signaling, cellular differentiation, and cell death, as well as maintaining control of the cell cycle and cell growth.[4] Mitochondria have been implicated in several human diseases, including mitochondrial disorders,[5] cardiac dysfunction,[6] and heart failure. History[edit] The first high-resolution micrographs appeared in 1952, replacing the Janus Green stains as the preferred way of visualising the mitochondria.