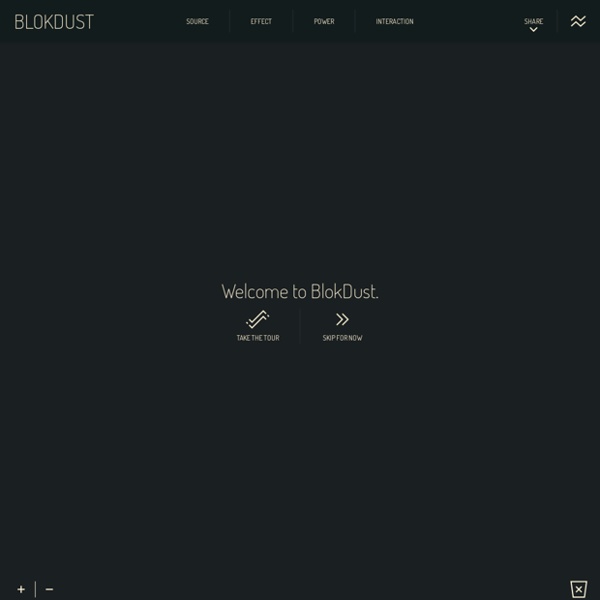 Audiotool - Free Music Software - Make Music Online In Your Browser Can electronic music revolutionise school music lessons? | Music | The Guar Recalling school music classes can conjure memories of keyboard demos and messing around with maracas. But if students don’t have private lessons to learn a traditional instrument, the classical-based curriculum can be off-putting beyond year nine, so much so that between 2010 and 2015, the number of pupils continuing with music at A-level dropped by 22%. With free YouTube tutorials encouraging extracurricular education and a new scheme giving production hardware to schools, electronic music could become a way in which schools can engage a new generation of musically curious students. Software makers Ableton say certainly believe so. In 2015, after parting ways with their previous manufacturer, the digital audio company asked DJs and producers from around the world to return their old machines in exchange for a discount on their new equipment. Melissa Parker is a secondary school music technology teacher at the Alec Reed Academy in Northolt. … we have a small favour to ask.

Best Animation Websites | Web Design Inspiration Animation is the rapid display of a sequence of images that create an illusion of movement. The effect is an optical illusion of motion created by the phenomenon of persistence of vision, and can be achieved in several ways, the most common being as a motion picture or video. Animation has been about since before the web began, enhancing visual content and, in many cases, animation is used to highlight the interface. Today, animation is not just part of a websites content, it’s a fundamental feature, essential to increasing interaction with the site. Since CSS3 was rolled out across most major browsers and devices, we have witnessed an important evolution of animation techniques. External Links: W3C Web Animations | Animation Courses | 12 Basic Principles of Animation | The Illusion of Life

Freddie Mercury’s “Somebody To Love” Vocal Track Surfaces, And It’s An Absolute Masterpiece | Society Of Rock Incredibly Rare, Incredibly Beautiful! If there were ever a Queen song that made me itch to hear what Freddie Mercury sounded like a cappella, it would be “Somebody To Love”. It’s already an incredibly powerful song – the woeful tale of a man begging God to send him love, sung as only someone of Freddie Mercury’s caliber could, but when you factor in Freddie’s massive 4-octave vocal range completely on its own you’re in for an incredible, once in a lifetime treat as you are with his vocal track from the 1976 classic. “Somebody To Love” is Aretha Franklin-influenced.

My Grandmother’s Lingo | SBS Over the next 10 minutes, you'll speak one of the oldest languages in the world. Each word you learn unlocks a new chapter. Put on your headphones and get your microphone ready. ...But... you're on a browser that doesn't let you use your microphone. Head to chrome or firefox to fully experience the story. The desktop version of this site detects how well you’re speaking the Marra language. Click 'allow' button in the browser prompt. Click 'share selected device' in the browser prompt. Looks like you have your mic blocked from being used on this page. We can't detect your microphone! How to Create a Cheap, Battery-Powered Production If you work at an after-school music program, maybe this dilemma will sound familiar: Your students want to learn how to make music, but maybe not the kind they find in their school's classical, marching band, or choral curricula. The Music & Youth Initiative came up with a cost-effective way to get powerful, contemporary music-making tools into the hands of students. The battery-powered workstation the group devised has everything students need to create modern pop, hip-hop, R&B, or other current music, and it will cost just about $1,000 total. Music & Youth is not new to such endeavors. For 15 years, the organization has been launching and supporting music programs for children in low-income neighborhoods. "Over the years, we realized that many Boys & Girls Clubs and other Youth Development programs are hosted in shared spaces like school cafeterias, community centers, and housing developments," Music & Youth's David Bickel says. Music & Youth's Mobile Studio assembly video.

What’s The Deal With Procedural Game Audio? Guest contribution by Martin Roth We’ve all heard of the promises of procedural game audio. A veritable Valhalla where sounds are created out of thin air, driven by the game engine, eliminating the need for huge sample libraries and tedious recording. The hard truth is that while the idea is great in theory, no one knows what they’re doing in practice. For the purposes of this article the terms procedural, generative, and interactive as they relate to sound and composition will be used interchangeably. Scarce Design Resources The field suffers from a lack of resources to learn how to make procedural audio, including standards for judging its merits. Tools, Well Almost Undoubtedly there many excellent tools available to design sounds, especially musical ones. In order to satisfy this requirement, the available tools are generally limited to any number of audio programming languages (or even general purpose programming languages). Low-Level Really Is Low The Only Way Is Up 88 Miles Per Hour

LESI Music technology - KS3 Music - BBC Bitesize Your brain does not process information and it is not a computer | Aeon Ess No matter how hard they try, brain scientists and cognitive psychologists will never find a copy of Beethoven’s 5th Symphony in the brain – or copies of words, pictures, grammatical rules or any other kinds of environmental stimuli. The human brain isn’t really empty, of course. But it does not contain most of the things people think it does – not even simple things such as ‘memories’. Our shoddy thinking about the brain has deep historical roots, but the invention of computers in the 1940s got us especially confused. To see how vacuous this idea is, consider the brains of babies. A healthy newborn is also equipped with more than a dozen reflexes – ready-made reactions to certain stimuli that are important for its survival. Senses, reflexes and learning mechanisms – this is what we start with, and it is quite a lot, when you think about it. We don’t store words or the rules that tell us how to manipulate them. Humans, on the other hand, do not – never did, never will.