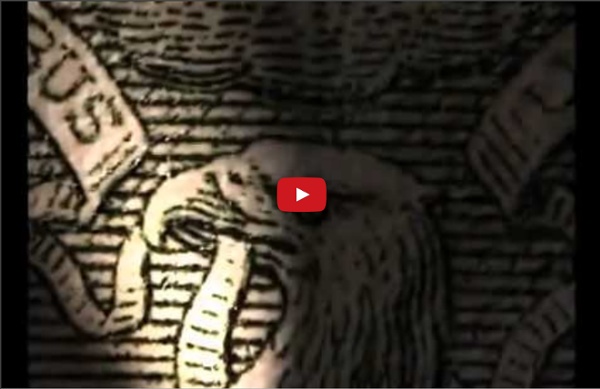 The Alien Files | Unsealed On April 8, 2011 the FBI unveiled the Vault, declassifying decades of top secret government documents for the first time. These documents cover topics that have plagued conspiracy theorists for the past decades. The files also contain thousands of reports of UFO sightings and alien activity. The Alien Files and The Conspiracy Files will uncover the truth of these secrect documents and offer a first hand look on the mysteries of the universe. Unsealed Files will launch in the Fall. About the Show: Alien Files Unsealed: Alien Files investigates recently released documents regarding alien and UFO encounters, made accessible to the public in 2011 by the Freedom of Information Act. Unsealed: Alien Files investigates mass UFO sightings, personal abductions, government cover-ups and breaking alien news from around the world.

Lam, Aleister Crowley, Grey Aliens, Jack Parsons Updated September 2009 The Author is not an expert on Satanism or Crowleyism, nor is a member of any such groups or affiliated with any such groups. Report Preface This report presupposes two very outlandish things: that there are "aliens", and that some people (occultists) have "magickal powers." It is not the point of this report to prove whether or not there are such beings or powers. Introduction I first became curious about a possible connection between the "grey aliens" of popular UFO culture and the activities of certain occultists after seeing several of UFO investigator Ray Fowler's books on the recommended reading list of a satanic website. I found this both disturbing and inexplicable - for what reason would a UFO book be included in the curriculum of a satanic group, and why Ray's book in particular? Lam "Alien" Purpose of the Report Aleister Crowley The Englishman Aleister Crowley (1875 - 1947) was one of the most notorious occultists of his day, and perhaps of modern times.

Secret Space War XII: Marduk Is Crowned in Africa Numerous top world leaders attended Nelson Mandela’s funeral in South Africa on December 4, 2013. Some reports estimate that 91 different world leaders and celebrities attended. Certainly this became a major world event from anyone’s perspective. Could there have been more, much more than meets they eye to this funeral of Nelson Mandela? Was something going on in the background of this event event that was far more important than the funeral, perhaps a major turning point in world affairs? Those that know about current Secret Space War matters understand that there is a deep secret hidden in the background of world political realities that has been kept from the masses, the presence and involvement of alien ETs and alien/human hybrids at the highest levels of the USG and a few other top world governments as advisers and controllers. For those that are not aware of the basic realities of the current ongoing Secret Space War, reading this article is probably a waste of time. Conclusion:

Gods Of Eden - Religion & The Alien Gods - Red Ice Radio The "V" Series - End Time Alien Deception? The Alien Preparation Continues 2 Thessalonians 2:7 For the mystery of iniquity doth already work: only he who now letteth will let, until he be taken out of the way. 8 And then shall that Wicked be revealed, whom the Lord shall consume with the spirit of his mouth, and shall destroy with the brightness of his coming: 9Even him, whose coming is after the working of Satan with all power and signs and lying wonders, 10And with all deceivableness of unrighteousness in them that perish; because they received not the love of the truth, that they might be saved. 2 Corinthians 11:13 For such are false apostles, deceitful workers, transforming themselves into the apostles of Christ. 14 And no marvel; for Satan himself is transformed into an angel of light. On March 30th, ABC brought back its series “V” a remake of a 1980′s television series of the name about the arrival of aliens (who are reptilian but have disguised themselves to look human) to Earth. Demons As Aliens? Enter Hollywood

UFO DISCLOSURE: Transhumanist Agenda & Human Robotization w/ Alfred Webre George Kavassilas - Religion, Our Journey Home And Off World Super Soldiers What is the Alien Gospel? "The heaven, even the heavens, are the Lord’s: but the earth hath he given to the children of men.” Psalm 115:16 With the fast pace of modern life, we don’t take a lot of time to think about fallen angels. Many Bible scholars and Christian leaders agree that these beings will possibly play a role in “the strong delusion” described in 2 Thess. 2:9-11, which says, ”Even him, whose coming is after the working of Satan with all power and signs and lying wonders, And with all deceivableness of unrighteousness in them that perish; because they received not the love of the truth, that they might be saved. While some people may say that the connection between of fallen angels and their ability to manifest as aliens is speculative, these beings may begin to increasingly intrude into our realm. The Alien Gospel As we move into the future, the lies of extraterrestrial lineage, heritage, and creation will be disclosed. This deception was played out in the last Indiana Jones movie. (YouTube link)

UFO Jump Gate technology Used To Spray Us With Chem Trails!!!!!!!! Astral Traveller Confirms Chemplanes Utilize UFO Technologies [Editor's Note: The writer of this letter is an 18 year old female living in a Northeastern state. She began to astral travel at age 12. She corroborates information presented to me in early March by a team of Etheric Resistance fighters who explained that chemtrail planes are, for the most part, computer-controlled drones which employ UFO "jump gate" (or hyper space) technology allowing them to blink out of the third dimension and re-appear in another location almost instantly. She adds new information to this area of inquiry by reporting that she witnessed a chemplane operating in the astral dimension spraying populated cities at nearly ground level with a type of chemtrail "DOR smog" to embellish the chemtrail soup we are forced to breathe in on the physical plane. And who could not be inspired by a letter which closes with this: ..Ken Adachi] Hello Mr. Ashley

George Kavassilas: The Universal Journey UFO's messengers of salvation or deception? UFO’s Messengers of salvation or deception? The UFO phenomenon has increased steadily over the last 50 years. It has become ingrained in our culture. Mankind has become increasingly aware that we just may not be alone. In the 1950’s only 3½ % of the US population believed in UFO’s while there was books being written of sightings with contact and a few abductions. A 1987 poll revealed 50 % believed in the existence of UFO’s and many claimed to be contacted via mental telepathy. Essentially there have been infrequent sightings that go back further in history than the 40’s. There has been to many people on the inside that know something unorthodox has been taking place. The search for life outside the parameter of Earth began with Tesla who built an enormous transmitter(150 ft. tall) sending electromagnetic waves to Mars. Almost unanimously scientists now believe we may not be alone. How did we get to this new view of mankind as just another possible species in the universe?

Uncovered! Scientists Secretly Release Top Secret Government Programs Last updated on April 5, 2014 at 12:00 am EDT by in5d Alternative News * Visit in5D Connection where you can find your soul mate or join one of our amazing groups. EVERYONE is welcome! The following is the alleged result of the actions of one or more scientists creating a covert, unauthorized notebook documenting their involvement with an Above Top Secret government program. Government publications and information obtained by the use of public tax monies cannot be subject to copyright. This document is released into the public domain for all citizens of the United States of America. SIGMA is the project which first established communications with the Aliens and is still responsible for communications.PLATO is the project responsible for Diplomatic Relations with the Aliens. MAJIC’s CONTINGENCY PLANS In 1949, MJ-12 evolved an initial plan of contingency called MJ-1949-04P/78 that was to make allowance for public disclosure of some data should the necessity present itself. NSA Security System