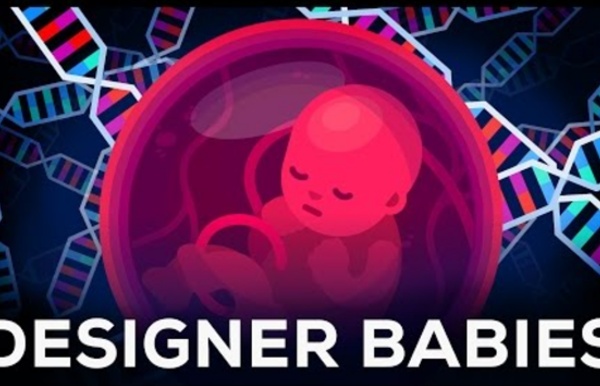 Irish and Portuguese - Genetic similarity Publicada por Arith Härger / 4:49 PM / It might seem a little uncanny, but a recent genetic research shows that there are strong similirities between the Y chromosome haplotypes from the males of northern-western Spain and of Portugal with the Irish men who often appear with Gaelic surnames, but not just that group.The frequency of Y-DNA haplogroup R 1b which is the most common haplogroup in the continent of Europe, is in fact the highest in the populations of the Atlantic Europe, and also due to the mass European emigrations, it is also very common in North America, South America and Australia. 10 Things Chinese Do Better Than Americans 10 olyan dolog, amit a kínaiak jobban csinálnak, mint az amerikaiak. Videós lecke, és kiegészítős feladat kínai érdekes tényekkel. Here are 10 things the nation does better than the United States. Number 10.

You Don't Know GMOs One of the biggest challenges currently facing humanity is how to feed the world’s growing population, which is expected to surpass 9 billion people in just 30 years (there are about 7.5 billion people now). Hunger is a complex problem with a lot of variables, but producing more food is certainly an important part of the solution. The UN’s Food and Agriculture Organization predicts that we will have to increase agricultural productivity by at least 60 percent by 2050 if we want to keep up with population growth. And we’ll have to do that against the backdrop of climate change, which presents a whole range of new obstacles.

Kiss Me, I’m 61.5% Irish THE YEAR HAS BEEN A JUMBLE FOR ME. Long story short: I was Portuguese, then I wasn’t, then I was again. It all started after my wife and I spat in vials and mailed the samples off to a laboratory, where our DNA was extracted from the skin cells that had sloughed off into our saliva.

The moons of Mars explained Jöjjön egy rövid asztro lecke - természetesen angolul :) Mars has two moons, Phobos and Deimos. They are really tiny. How tiny? Risks and Precautions of Genetically Modified Organisms Commercial potential of biotechnology is immense since the scope of its activity covers the entire spectrum of human life. The most potent biotechnological approach is the transfer of specifically constructed gene assemblies through various techniques. However, this deliberate modification and the resulting entities thereof have become the bone of contention all over the world. Benefits aside, genetically modified organisms (GMOs) have always been considered a threat to environment and human health. In view of this, it has been considered necessary by biosafety regulations of individual countries to test the feasibility of GMOs in contained and controlled environments for any potential risks they may pose. This paper describes the various aspects of risk, its assessment, and management which are imperative in decision making regarding the safe use of GMOs.

Haniel Angel in Jewish lore and angelology Haniel (Hebrew: הניאל, "Joy of God" or Hebrew: חַנִּיאֵל, "Grace of God,"; Coptic: ⲁⲛⲁⲛⲓⲏⲗ[1]; Arabic: عنيائيل‎, 'Anya'il), also known as Anael, Hanael or Aniel, is an angel in Jewish lore and angelology, and is often included in lists as being one of the seven archangels.[2] Haniel is generally associated with the planet Venus, and is the archangel of the sephirah Netzach. The name Haniel probably derives from Hebrew hana'ah, "joy," "pleasure" (qualities associated with Venus) + the suffix -el, "God." Michael Bond, beloved author of Paddington Bear has died Michael Bond, CBE, the creator of Paddington, has died at home at the age of 91, following a short illness. Bond, who published his first book, A Bear Called Paddington, in 1958, went on to write more than 200 books for children. More than 35 million Paddington books have been sold around the world to date. Bond's latest Paddington novel, Paddington’s Finest Hour, was published in April 2017, with a second Hollywood film based on the books due out later this year.

International Gothic Cuisine Hello, Great Courses fans. This audio-podcast has been cooked, removed from the oven, and is being lovingly delivered to a new audio-platform. In its absence, please enjoy the video series that it was based off, streaming now on The Great Courses Plus. Click here to watch it now.The following episode transcript and images will remain for posterity. Enjoy! 10 érdekesség a sörről Videó szövegértéssel a folyékony kenyérről, azaz a sörről :) When it comes to beer, most people know it's brewed, it's great on a hot day, and that there's a lot of it out there. Among the things many may not know is how much history it has or how versatile it can be. Here are 10 little known facts about beer. Number 10. There's one that's made with meteorites.

Viriathus Viriatus developed alliances with other Iberian groups, even far away from his usual theatres of war, inducing them to rebel against Rome. He led his army, supported by most of the Lusitanian and Vetton tribes as well as by other Celtiberian allies, to several victories over the Romans between 147 BC and 139 BC before being betrayed by them and murdered while sleeping. Of him, Theodor Mommsen said, "It seemed as if, in that thoroughly prosaic age, one of the Homeric heroes had reappeared.

10 Dining Etiquette Don’ts From Around the World Mit szabad és mit nem különböző országokban? Íme, 10 étkezési szabály világutazóknak! Navigating foreign countries can be tough, and that includes making it through a meal without inadvertently offending the natives. Bell Beaker culture Archaeological culture The Bell Beaker culture follows the Corded Ware culture and for north-central Europe the Funnelbeaker culture. The name Glockenbecher was coined for its distinctive style of beakers by Paul Reinecke in 1900. The term's English translation Bell Beaker was introduced by John Abercromby in 1904.[5] In its early phase, the Bell Beaker culture can be seen as the western contemporary of the Corded Ware culture of Central Europe. From about 2400 BC, however, the "Beaker folk" expanded eastwards, into the Corded Ware horizon.