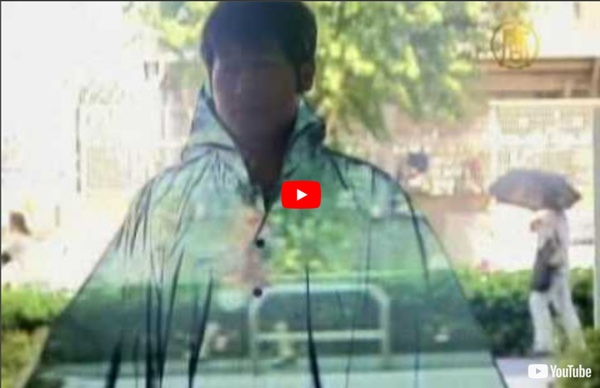 'Paper iPhone' could be next mobile revolution - Technology & science - Innovation A pocket-sized computer as thin and flexible as a sheet of paper is set to be unveiled next week. While it's just a prototype, the researchers say the bendy souped-up smartphone could revolutionize the way we interact with computers. Called PaperPhone, the new device is a flexible version of e-ink, the digital ink screen found in e-readers such as the Amazon Kindle. "This computer looks, feels and operates like a small sheet of interactive paper,” said lead PaperPhone creator Roel Vertegaal, the director of Queen's University Human Media Lab. The researchers have built a prototype phone -- a 3.7-inch (9.5-cm) diagonal e-ink display -- and taken it for a test drive. The PaperPhone isn’t available for purchase quite yet, and it will be five to 10 years before you can buy one, said Audrey Girouard, a postdoctoral student at the Human Media Lab at Queen’s University. The new bendy computer is made of two layers: the e-ink display and a flexible printed circuit with five bend sensors.

New invisibility cloak hides objects from human view Public release date: 27-Jul-2011 [ Print | E-mail Share ] [ Close Window ] Contact: Michael Bernsteinm_bernstein@acs.org 202-872-6042American Chemical Society For the first time, scientists have devised an invisibility cloak material that hides objects from detection using light that is visible to humans. Xiang Zhang and colleagues note that invisibility cloaks, which route electromagnetic waves around an object to make it undetectable, "are still in their infancy." Although the study cloaked a microscopic object roughly the diameter of a red blood cell, the device demonstrates that it may be "capable of cloaking any object underneath a reflective carpet layer. The authors acknowledge funding from the U.S. [ Print | E-mail AAAS and EurekAlert!

10 Incredible Cutting-Edge Technologies In Development Technology Don’t give up on flying cars or hoverboards just yet! As technology marches relentlessly on, everything goes into development sooner or later—as demonstrated by the existence of these things, which we’ll almost certainly see within our lifetimes. 10 Artificial Gills Inventors have long sought an underwater breathing apparatus that doesn’t store oxygen, but extracts it from the water the way gills do. The device, aptly named LikeAFish, works by using a centrifuge to lower the pressure of water within an airtight chamber. Such a system would obviously allow for longer “bottom time” without the need for refilling oxygen and would decrease the amount of nitrogen the diver is exposed to. 9 Agricultural Robots Agricultural robotics are, somewhat surprisingly, still in their infancy. But the technology is coming along, and it’s easy to imagine it implemented on a wide-scale basis before too long. 8 Sunscreen Pills 7 Paper-Thin, Flexible Computers and Phones 6 Tooth Regeneration

Technologies that will Change the World by 2020 | Longitudes Fourteen innovators describe the technological forces that will shape the world by decade's end. Fulvia Montresor | World Economic Forum The World Economic Forum recently asked the incoming members of its 2015 class of Technology Pioneers to share their thoughts on how technology will change the world by the end of this decade. From printable organs to the “Internet of everywhere”, here are their predictions for our near-term future. Lee The ‘humanized’ Internet The evolution of modern connectivity is often summarized as: the Internet – the World Wide Web – mobile devices – big data/the cloud – the Internet of things. However, more than simply connecting humans with devices, the next stage in connectivity will include “humanized” interfaces that constantly evolve to understand the user’s patterns and needs and, in a sense, self-optimize. – Sirgoo Lee, co-CEO of Kakao Narayan The end of the 19th-century grid But that is not the case in many parts of Latin America, Africa and Asia. Herrema Jester

Internet of Things (IoT): The Third Wave The Internet of Things (IoT) is the network of physical objects accessed through the Internet. These objects contain embedded technology to interact with internal states or the external environment. In other words, when objects can sense and communicate, it changes how and where decisions are made, and who makes them. For example Nest thermostats. The Internet of Things (IoT) is emerging as the third wave in the development of the Internet. IoT has key attributes that distinguish it from the “regular” Internet, as captured by Goldman Sachs’s S-E-N-S-E framework: Sensing, Efficient, Networked, Specialized, Everywhere. Source: Goldman Sachs Global Investment Research. A number of significant technology changes have come together to enable the rise of the IoT. Advantages and Disadvantages of IoT Roberto I. The Internet of Things can only work if these gadgets and devices start interacting with each other through a networked system. References

Peering into the future Futures Studies is a thriving field - perhaps because it will never be exhausted! This page contains some interesting links in the area. This page has information about... Other futures pages on this site... "How can you research the future?" It's the mixture of predictable trends with unpredictable tweaks that makes the future interesting. Futures organizations There are two main organizations that people interested in the future can join: Firstly, The World Futures Studies Federation- the leading organization for serious futurists, with a worldwide membership and focus. Also, the World Futures Society. Several other organizations have a more limited scope: The Millennium Project, of the American Council for the United Nations University. African Futures - a site about possible futures for Africa. Association of Professional Futurists. Futures publications This section is divided into books, periodicals, and email newsletters and online discussion lists. Futures books Futures periodicals

“Special Forces” Innovation: How DARPA Attacks Problems Artwork: Monika Grzymala, The River, 2012, Handmade cotton rag paper, fishing line and wire, weaving material of local plants Over the past 50 years, the Pentagon’s Defense Advanced Research Projects Agency (DARPA) has produced an unparalleled number of breakthroughs. Arguably, it has the longest-standing, most consistent track record of radical invention in history. What makes DARPA’s long list of accomplishments even more impressive is the agency’s swiftness, relatively tiny organization, and comparatively modest budget. Not surprisingly, in recent decades there have been many attempts to apply the DARPA model in other organizations in the private and public sectors. We disagree. The DARPA model has three elements: Ambitious goals. The agency’s projects are designed to harness science and engineering advances to solve real-world problems or create new opportunities. Temporary project teams. Independence. By charter, DARPA has autonomy in selecting and running projects. Decoding DARPA