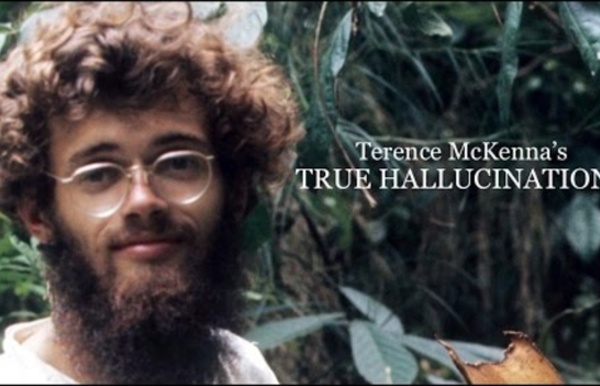 Psychedelics As Tools For Spirituality As Timothy Leary put it, a psychedelic experience is “a period of increased reactivity to stimuli both from within and from without.” In a YouTube video, freestyler Jason Silva eloquently discusses the potential for exploration of consciousness that psychedelics offer. In fluid, poetic detail complete with trippy music and visual effects, he explores the psychedelic experience, and spiritual realization. At both the start and finish of the video Silva includes a shout-out to the nonprofit, independent Multidisciplinary Association for Psychedelic Studies (MAPS). As Silva describes in the video we are currently living through a type of psychedelic Renaissance: “All of a sudden people are starting to take these tools, these cognitive technologies that have been used for thousands of years [psychedelics] a little more seriously,” he says in the video. As Silva explains in the video, in a psychedelic experience “you are immediately plunged into a dialogue with your own subconscious.”

Montauk Project Victim Speaks Out: Greys, Reptilians, Time Travel & Mind Control Experiments via Rense From NewsHawk Inc. <hawki@luckynumber.com> Here’s an interview with an individual named Andy Pero. A section of our book “PHOENIX UNDEAD: The Montauk Project And Camp Hero Today” featured an autobiographical sketch by Pero, identified by the pseudonym ‘Mr. Here’s more recent information from the survivor of horrendous mind control programming directly connected to the infamous Montauk Project operations; activities which also included some of the most advanced experimental work into relativistic and quantum physics which has ever been done, including interdimensional and time travel experiments. In particular, Pero’s comments and insights about what he was involved in at Montauk, such as with the so-called ‘Montauk chair,” are extremely interesting and provide additional, fresh insight into this most extraordinary and concept-shattering project and the technology utilized therein. By Eve Frances Lorgen, M.A.

Teatime » The Terence McKenna Thing “Have you heard about the Terence McKenna thing?” A few months ago I came home from a particularly triumphant adventure to find an inbox full of anxious agitation awaiting my return. It took me a while to get to the bottom of it all, since, while many of my doubtlessly well-intentioned informants seemed almost giddy with the hope of being the first to bring me a juicy piece of gossip about one of my most beloved icons, nobody actually included any major spoilers in their notes. I was, however, repeatedly warned that I was in for quite a nasty shock if I’d somehow been living under a rock for the past however many hours. It’s taken me quite a while to formulate one. But first for the brief debriefing, so as not to keep those of you who don’t already know the basic contours of the story in an unnecessarily annoying state of extended suspense. McKenna LecturesAudio Tapes from 1988 to 1999 Part of it was timing. So the Psychedelic Salon podcast kind of knocked me for a loop.

10 Most Horrifying Creatures In the Cthulhu Mythos (That Aren't Cthulhu) - MoviePilot.com It would not be a stretch to call H.P. Lovecraft the father of modern horror. His influence can be seen all throughout horror of the 20th and 21st centuries. Whether you're reading a novel by Steven King or watching a movie by John Carpenter, you're seeing the suction cupped mark of Lovecraft's special brand of horror. One of his claims to fame were the creatures of unknowable horror that he wrote about in his works. Some came from beyond the stars, while some were here all along. Most people immediately look to Lovecraft's most well known creation, Cthulhu, as a prime example of this signature type of horror. 1. In At the Mountains of Madness, Lovecraft described the Shoggoths as a, “Formless protoplasm able to mock and reflect all forms and organs and processes... rubbery fifteen-foot spheroids infinitely plastic and ductile...” At some point after being created, the Shoggoths revolted against their creators. 2. 3. Daoloth, as described by Campbell, as: 4. “... 5. 6. 7. 8. 9. 10.

Creating The New Story: Integrating the Masculine and Feminine By Gary Stamper, Ph.D. Guest Writer for Wake Up World As modernity’s brief flight into the stratosphere of the industrial age begins its final descent, those who have not turned away from watching the inevitable hard landing may have few choices, but those who have chosen not to strap on the their oxygen masks and tighten their seatbelts will have fewer still. Fear is a big part of why people choose to remain asleep before the unveiling of the greatest show on earth. Like many others, I am becoming fairly firm in my belief that we are past the point of being able to fix our problems. Being truly prepared for whatever may come, however, consists of a lot more than having a garden, some guns and ammo, and a year’s worth of food put away. This article is going to touch on just one part of those aspects: doing our internal work around healing the deep wounds and shadows of the masculine and the feminine. This is part of our new initiation, and part of our new creation story. About the author:

Orfeo: A Dialog between Robert Hunter and Terence McKenna This is Part OnePart TwoPart ThreePart FourPart Five (current) Terence, in reading your books I was struck with how closely your DMT experiments paralleled my own. I wasn't surprised by the confirmation, as you might guess. Robert Hunter Greetings Bob-- I was interested in what you had to say about being an explorer of the DMT world until the management told you to stay away. I enjoy the idea of a slow moving dialog, I hope this can continue. Best, T Terence, I suppose the "facts" of DMT might as well be written in cunieform on our breastbones for all the good it does to know about it, as opposed to "dwelling in the know of it." My personal take on the "secret" of DMT: it was long, hard work making this world real. My take could be way off base but anything more Gnostic is off-putting. In saying any or all of this, it's only sane to assume I'm dead wrong since I'm speaking in polar terms. We need a few verbs and prepositions to explain ourselves. I don't want to sell this stuff, DMT. Bob--

New Book: Psychedelic Sex "In a brief golden span between 1967 and 1972, the sexual revolution collided with recreational drug exploration to create "psychedelic sex." While the baby boomers blew their minds and danced naked in the streets, men’s magazine publishers attempted to visually recreate the wonders of LSD, project them on a canvas of nubile hippie flesh, and dish it up to men dying for a taste of free love. Way Out, Groovie, Where It’s At—each magazine title vied to convince the straight audience it offered the most authentic flower power sex trip, complete with mind-bending graphics and all-natural hippie hotties. Along the way hippies joined in the production, since what could be groovier than earning bread in your birthday suit? At its height, psychedelic sex encompassed posters, tabloids, comics, and newsstand magazines, but the most far-out examples of all were the glossy magazines from California, center of both hippie culture and the budding American porn industry.

Globe-views is everything you’d like to know about your dreams The Definitive Guide To Enlightening Information | VICE Today | United States A Chronology of Terence McKenna-Related Books, Ideas, People, and Other Things Combining Terence McKenna’s attraction toward history, his focus on memes, and his perspective that “the world is made of language,” I created a chronological list of 30 McKenna-related books, ideas, people, and other things that I haven’t yet written about in this column… Psychedelic Drugs, Art, Music, and Other Drugs: An Interview with Finn McKenna I talked to Terence McKenna's son, Finn, about a wide range of topics including LSD, H.P. Lovecraft, London, visionary art, and "a revolutionary musical video game that will immerse players in a psychedelic experience." 'The Butterfly Hunter' by Klea McKenna When Terence McKenna died in 2000, his belongings included his art, his books, and, among other things, an insect collection. Beyond "Existentialism" I learned of Terence McKenna on September 14, 2012, when I was 29 years old.

DreamLookUp: Find Dream Meanings in Seconds Terence McKenna's Memes Last week, in "Beyond 'Existentialism,'" the first installment of this series, I told the story of how I first encountered Terence McKenna. This week, I’ve organized a list of my 30 favorite Terence McKenna memes. McKenna defined a meme as “the smallest unit of an idea that still has coherency” and said he was very conscious of creating them during his talks. Arthur Schopenhauer (1788–1860)—who, like McKenna, stressed experience via the body as the sole source of knowledge—wrote, in reference to his main work, The World as Will and Representation (1818), that “every part supports the whole just as much as it is supported by the whole... no part is first and no part last... the whole gains in clearness from every part, and even the smallest part cannot be fully understood until the whole has been first understood.” 1. Not believing was crucial to McKenna’s thinking and life. But it seems he was often asked if he “really” believed one of his models or theories. 2. 3. 4. 5. J. 6. 7. 8.