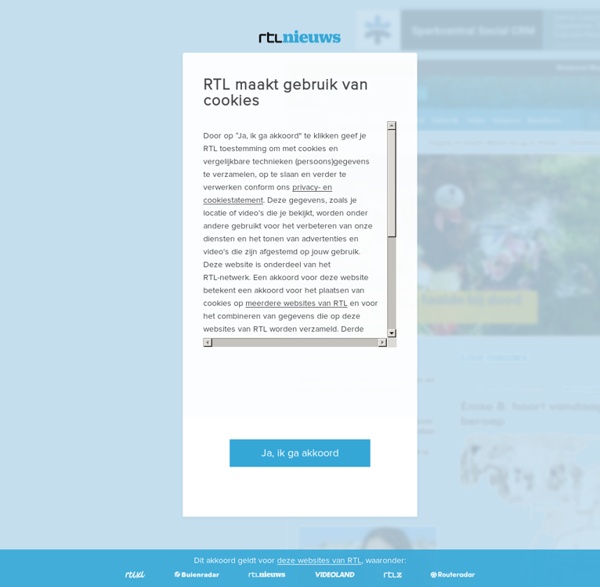 ESU: Students oppose privatisation and tuition fees in the Netherlands ZAGREB – Students in Europe sent the Dutch government a clear message in the beginning of December, when they criticised harshly the ongoing reforms to the country’s higher education system. Representatives of 47 national unions of students gathered in Zagreb, Croatia, for the 65th Board Meeting of the European Students’ Union (ESU), which is the highest governing body of the organisation. They adopted a couple of motions on the reforms underway in the Netherlands, denouncing the government’s intention to privatise a part of the higher education system and to raise tuition fees for honours study tracks. The Board Meeting identified several aspects of the reforms that might have negative consequences for students in the Netherlands.

Dispute settlement - Trade International trade rules are effective when they are properly applied. Therefore, dispute settlement mechanisms are set up in most trade agreements to ensure the agreements can be enforced and that disputes can be settled. Establishment of a Multilateral Investment Court for investment dispute resolution Dutch student offers up all his personal data to highest bidder Shawn Buckles is a student from the Netherlands who wants to sell you his soul. Or rather, he wants to sell you everything there is to know about him, from his online viewing habits to his thoughts and email conversations. On 12 April, 2014, the highest bidder will receive: Shawn's personal records, location records, medical records, train travel records, personal calendar, email conversations, online conversations, social media conversations, consumer preferences, browser history and finally, his thoughts. But is he serious? "Yes, I am entirely serious," explains Shawn to Wired.co.uk. "As an artist I was thinking about using my data to address current privacy concerns for a long time.

Project Hero deserves a zero: comment on our student loans interest increase story Blog Further to our Guardian story on proposals to raise interest rates on student loans taken out in the last 15 years, Higher Education specialist Andrew McGettigan, who analysed the proposals for that story, discusses the realities and costs people will face with "monetising" of student loans: Did you graduate from university in the last decade? Did you take out a student loan? No shots fired! 2 EU nations exchange territory as friends BRUSSELS (AP) — The Netherlands and Belgium, with their royals in attendance, on Monday signed a deal for a peaceful exchange of land between them for the mere fact that it makes sense to do so. While the globe is littered with pieces of territory that are jealously held or fought over for historical reasons, the two neighboring nations signed away tiny plots of their land to the other because they were too much of a practical and jurisdictional bother. On the meandering Meuse river, which divides both nations, Belgium gave up a tiny peninsula linked only to the Netherlands and got in return a nearby piece from its neighbor. "We have shown that Belgium and the Netherlands succeed as good neighbors to adapt their borders peacefully," Dutch Foreign Minister Bert Koenders said at the signing ceremony in Amsterdam.

Map: Every Country in the World Involved in a Territorial Dispute - Annalisa Merelli Crimea is hardly home to the only territorial dispute in the world right now. In the map above, every country in pink is involved in a dispute over its national borders in some way or another. The list is compiled by the US Central Intelligence Agency in its World Factbook and includes cases of disputed borders, contested islands, and larger areas contested by several countries. Just about every nation is implicated, including some possibly surprising ones, like the reputedly peace-loving Scandinavian countries of Denmark, Norway, and Finland. There are perhaps unexpected exceptions too, including the Balkan nations of Albania, Montenegro, and Bulgaria. (Perhaps it’s time to rethink the use of the word “balkanized” to describe a splintering into hostile neighbor states.)

Belarusian Wants a Divorce From Russia There is a bitter irony at the heart of Russian President Vladimir Putin’s annexation of Crimea. Putin’s short-term victory is already coming at the expense of his most cherished long-term strategy -- the creation of a Eurasian Union, a trade union linking Russia and its closest neighbors. In other words, as the invasion expands Russian territory, it will diminish Russian influence in the very places he’d like to increase it. One need only look to Belarus, which is already beginning to hedge against its alliance with Moscow, to see why. Fanciful as it might sound, the Eurasian Union was never idle talk for Putin.

2012 News items - Historic signing ends 20 years of EU-Latin American banana disputes “This is a truly historic moment,” said WTO Director-General Pascal Lamy. “After so many twists and turns, these complicated and politically contentious disputes can finally be put to bed. It has taken so long that quite a few people who worked on the cases, both in the Secretariat and in member governments have retired long ago.”