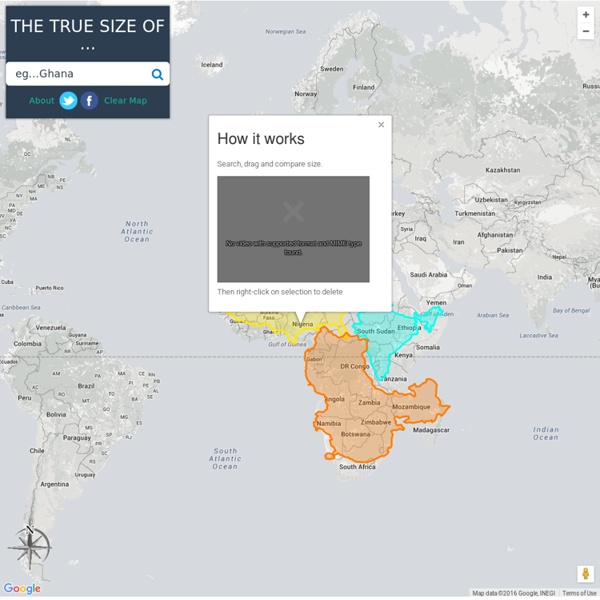 SpatiaLABS SpatiaLABS are standalone activities designed to promote spatial reasoning and analysis skills. Covering a wide variety of subject matter useful in standard computer-lab sessions and longer term projects, SpatiaLABS illuminate relationships, patterns and complexities while answering provocative questions like "How might visibility have affected political boundaries in ancient civilizations?" or "Is there a connection between ethnicity and exposure to industrial toxins?"

untitled Expectant mothers in the U.S. remain at a high risk for pregnancy-related death. (iStock) Around the globe, statistics show that as education levels for women rise, fertility levels drop. Sociologist Philip Cohen puts it this way: “Women with more education have more opportunities for productive lives doing work other than childbearing.” Our World From The ISS Image locations (latitude and longitude) are approximate, based on (1) description in tweet text, (2) general "look" of geography, and (3) "reasonable fit" in Google Earth &/or ArcMap. The routine is: (1) read tweet from @Cmdr_Hadfield, @AstroMarshburn, or related to ISS Missions 34 & 35; (2) determine lat-long; (3) fill-in a Google Drive spreadsheet with date, tweet description (& date-time Atlantic), tweet source, tweet URL (same as clicking the short URL in the tweet), photo URL (by right-clicking the photo, one can "copy image URL"), and lat-long; (4) when this map opens, it reads the spreadsheet and displays a click-able satellite icon at each lat-long. Using the map: A similar map for Missions 36-37 with @AstroKarenN and @astroluca tweets is bit.ly/karenluca (new window). To see subsets of these presented in story-map format, try bit.ly/CanSpace and bit.ly/ListSpace (new window). These were developed (from same CSV file) by Mike & Mark of Esri Canada (new window).

'American Panorama' Is a Historical Atlas for the 21st Century When Charles Paullin’s Atlas of the Historical Geography of the United States first appeared in 1932, it was hailed as a “monument to historical scholarship.” Its 700 maps traced nearly every dimension of American life across the country’s geographical bounds—its natural history, its settlement by Europeans, the spread of railroads, state boundaries, suffrage, and much else. Paullin, a naval historian, hoped his meticulous research and beautiful renderings would inspire new research into history’s old narratives. The Declaration of Independence The unanimous Declaration of the thirteen united States of America, When in the Course of human events, it becomes necessary for one people to dissolve the political bands which have connected them with another, and to assume among the powers of the earth, the separate and equal station to which the Laws of Nature and of Nature's God entitle them, a decent respect to the opinions of mankind requires that they should declare the causes which impel them to the separation.

Refugee Family Papers: An Interactive Map This digital map gives you the opportunity to browse and search the Wiener Library's collections of refugee family papers. Several hundred of these collections have been donated to the Library over the years by Jewish refugees and their families, who escaped Nazi antisemitic persecution by emigrating from Germany and Nazi-dominated countries, including Poland, Austria, and France. We will continue to add new collections to this resource on a regular basis as we accession and catalogue new donations. Planet Money Makes A T-Shirt Why A T-Shirt? We wanted to see the hidden world behind clothes sold in this country, so we decided to make a T-shirt. We wanted to make an ordinary shirt like the vast majority of the shirts sold in this country — not organic cotton, not hand-sewn in the United States. To figure out how many shirts to make, and to raise money to pay for them, we turned to Kickstarter. Our goal was to sell 2,000 shirts.

Declassified US Nuclear Targets Even though today’s nuclear targets list is classified, it probably doesn’t look dramatically different. The United States still has about 1,900 nuclear warheads deployed on missiles and bombers (with thousands more on reserve), ready to be launched at a moment’s notice and able to hit their targets within 30 minutes. This unstable situation is extremely risky and has repeatedly come close to triggering nuclear war by accident. Moreover, many of today’s hydrogen bombs are hundreds of times more powerful than the two atom bombs dropped on Hiroshima and Nagasaki. If a nuclear war were to break out today, nuclear winter might kill most people on Earth. This leads to an important question: Just how many nuclear weapons do we actually need?

Here's Everyone Who's Immigrated to the U.S. Since 1820 From 1820 to 2013, 79 million people obtained lawful permanent resident status in the United States. The interactive map below visualizes all of them based on their prior country of residence. The brightness of a country corresponds to its total migration to the U.S. at the given time. Use the controls at the bottom to stop / resume the animation or to move back and forth in time. Mapped: The world's nuclear power plants NUCLEAR | March 8. 2016. 17:19 Mapped: The world’s nuclear power plants From the latest crisis over plans for Hinkley Point in the UK, to Friday’s fifth anniversary of the Fukushima disaster, nuclear power plants are currently much in the news.

The London skyline 1616 v 2016 Fifty years before the centre of London was destroyed by the Great Fire, Dutch draughtsman Claes Jansz Visscher captured it in his 1616 engraving, View of London – a low-rise cityscape dominated by church spires and steeples. Now the artist Robin Reynolds has updated that classic view for the present day, recreating Visscher’s perspective as closely as possible, but detailing the London riverside of 2016. Of course much has changed, and not just all the concrete and glass. Sir Christopher Wren’s 1710 St Paul’s Cathedral replaces the old cathedral gutted in the fire. Block by Block, Brooklyn’s Past and Present On my weekly walk to get groceries, I pass a row of brownstones — some well-kempt and majestic, some fossil-like and crumbling — bookended by a gleaming, square-windowed silver tower. It’s an architectural contrast of a kind that’s commonplace throughout Brooklyn. The borough’s a patchwork of the old and new, but traces of its history aren’t spread evenly. There are 320,000-odd buildings in Brooklyn, and I’ve plotted and shaded each of them according to its year of construction. The result is a snapshot of Brooklyn’s evolution, revealing how development has rippled across certain neighborhoods while leaving some pockets unchanged for decades, even centuries.

4dSomme The relatively low rolling chalk landscape of the Somme region was suited well to the development and technologies of WW1 trench warfare. Large open field systems and scattered woodlands allowed the construction of long lines of interconnected defensive trench systems, while the woodland and forest gave cover to command and artillery positions. Many of the British soldiers saw their first fighting at the Battle of the Somme. They were part of a volunteer army called Kitchener's Army, recruited by the Minister of War, Lord Kitchener.