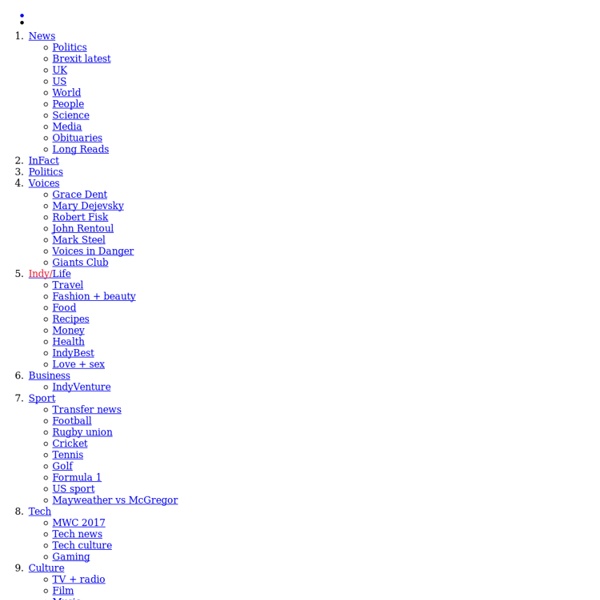 “Worcestershire”. “Choir”. “Sixth”. For some, these words may seem relatively normal and everyday – but to others, they represent an unrivalled linguistic challenge. For almost two weeks, users of the online social platform reddit have been submitting what they consider to be “the hardest English word to pronounce”. After more than 5,000 submissions, the message thread has become a fount of difficult vocabulary, with users from across the world sharing their favourites and personal experiences. There are references to popular culture, some very creative tongue-twisters – and because of reddit’s points system, a rough consensus has emerged as to which are the hardest. Here are the top 10: 10 - Rural Submitted by user ‘mattythedog’, rural appears to cause problem particularly when repeated or put next a word with similar “r” sounds. One user says: “I cannot say Rural Juror - comes out rurrrerr jerrrerr and sounds like I'm growling.” Weather man nails pronunciation of 58 letter Welsh name Related:  pronunciation, dialects and accents • ENA8 • redouanem

Pronunciation skills: What accent should I teach? By Adrian Underhill ELT Pronunciation expert Adrian Underhill addresses your practical concerns on accents, RP and student identity. Practical concerns What accent should I teach? What about Received Pronunciation (RP)? So, what is the best pronunciation target for my students? This means two separate pronunciation targets: a speaking/productive one and a listening/receptive one. Should students keep their own accent? Won’t changing my students’ accents change their identity? Practical ideas for the classroom 1. 2. Invite them to notice and play with the differences between accents. Twenty one accents One woman, 17 British accents Fun tour of American accents 3. 4. 5. For more practical ideas see my blog www.adrianpronchart.wordpress.com Accents and the L1 grip The interactive phonemic chart

Twelve phrases only british people understand Americans have always had a bizarre fixation with the Queen (a remnant of the empire George Washington couldn’t scrub away?) and her birthday seems to be no different. The Queen is turning 90 this week, and it seems people abroad are more excited than many Britons themselves. But how well do people abroad actually understand Britain? Here are twelve phrases that'll be utter gobbledygook to everyone else but the British: 1. It basically means “there you are!” However “fanny” is also British slang for vagina, and although this ruder context isn’t used, it's still baffling to others. 2. This means someone has lost their temper, but it can also refer to a loss of sanity. For example, "Donald Trump has completely lost the plot." 3. For some reason British people think donkey’s years are really really long, and use this expression when talking about a long period of time. The phrase is believed to have originated from cockney rhyming slang “donkey’s ears” 4. 5. 6. 7. 8. No, it’s not a disease. 9. 10.

Over 1,000 of the most common fixed expressions and idioms in the English language This list has been compiled of the most fixed expressions and idioms in the English language--with 1,157 items. The reason that we have posted this list is to get our current and potential students to start thinking like a linguist, so that they can have an easier time translating things, and more productive study time when they sit down to complete their assignments. . Though this list in no way should be thought of as a complete list of idioms and fixed expressions, it however be thought of as a reference tool for a student trying to classify his/her native language, and as an aid to help said student break down said language into the most basic parts of usage. What we mean by language will generally find him/herself in when speaking whatever language on a daily basis. Though this list has been written in English, it needs to be clarified that it has been compiled as a template for languages. during the day at night in the meantime in the next few…+NOUN for the time being a remote chance

18 English words that mean very different things in Britain and America As the old adage famously goes: you say tom-MAY-toes, and I say tom-MAH-toes. We should probably call the whole thing off, right? Ever since the might of the British Empire was expelled from the United States, ordinary folk from both sides of the pond have chuckled at each other's use of the English language and pronunciation. Here are several important examples you need to remember - simply to make sure no one gives you a weird look when you're off on your holidays. 1. UK: A woollen pullover worn in the winter US: Someone who commits suicide by leaping from a building or bridge 2. UK: An eraser for a pencil US: A condom 3. UK: Something a baby wears (noun) US: Frizzy or hairy (adjective) 4. UK: The floor above the ground floor US: The ground floor of a building UK: Flaps attached to a race horse's face to restrict its vision US: Indicators on a car 6. UK: Another word for jewellery box US: Another word for coffin 7. UK: Informal party wear, dressing up as a well-known character 8. 9. US: An old man

Barbie challenges the 'white saviour complex' Image copyright Barbie Savior Barbie has ditched her riding gear, her ball gown and her ballerina costume and travelled to Africa to help the people there, while still managing to stay fashionable. That is at least according to a much talked about Instagram account, Barbie Savior, which is charting her imaginary volunteer journey. It starts with her saying farewell to her home in the US and wondering if the "sweet sweet orphans in the country of Africa" are going to love her the way she already loves them. The satirical account encapsulates what some see as the white saviour complex, a modern version of Rudyard Kipling's White Man's Burden. The 19th Century Kipling poem instructed colonialists to "Fill full the mouth of Famine And bid the sickness cease". Because of the history of slavery and colonialism, many people in Africa find such attitudes deeply patronising and offensive. "We have seen short-term medical teams do amazing things, as well as act in inexcusable ways."

33 ways to speak better English If you’re reading this, I imagine you want to speak better English and communicate in a more confident and competent way. When we communicate effectively we are able to express our ideas and opinions, share experiences, and build relationships with others. When we struggle to express ourselves, we feel unvalued and insecure. In the modern world, we communicate across borders. By speaking better English, people all over the world can hear our voice. Well, English teachers and English classes definitely help. What you need is to become a self-directed learner, somebody who takes responsibility for their own learning and creates their own learning programme to develop their English. Now, it’s certainly true that speaking is a social activity and is best done with other people. You can do the same with your English. 1. 2. 3. 4. 5. 6. 7. I want to go for a drink tonight. How do native speakers pronounce to / for / a in the sentence? I wanna go ferra drink tenigh. 8. 9. 10. to be honest 11. 12.

Get Organised! Collaborative Speaking Tasks | Tim's Free English Lesson Plans Image credit: www.organisemyhouse.com Follow me on twitter @RobbioDobbio This is a speaking lesson plan designed for teenagers that focuses on various exponents of suggesting, offering, agreeing and disagreeing. The main aim of the lesson is for students to improve their collaborative speaking skills, it will work well as preparation for FCE/CAE speaking exams. You will need the powerpoint and teacher’s notes below: get-organised – Powerpoint Get organised Teachers notes Teacher’s notes The class is loosely based on Willis’s Task Based Learning in that students are given the opportunity to repeatedly practice a similar task and hopefully internalise some useful exponents for collaborative speaking. Put students into groups of 3, it would also work with pairs but 3s are ideal. Show the 2nd slide of the power point. Note: This is a good opportunity to teach the difference between “will” for decisions in the moment of speaking and “be going to” for a future intention. “Yeah, that’s a good idea.”

English Tenses Cheatsheet How to Improve Your English Pronunciation to Talk Like a Native “What?” “Can you say that again?” How many times do you hear this when you’re speaking? Learning to pronounce English words correctly can be one of the hardest parts of learning English. The English language has some sounds that your native language might not, so you will have to learn how to make completely new sounds. Plus, English vowels make it really tricky to know how to say a word. Ah! So that’s why we have eight tips for you, to help you pronounce English words better. 1. Before you learn how to speak, you’ll need to learn how to listen. There are many guides to get you started in learning to listen. The pronunciation practice at Many Things is really slick, especially its huge selection of lessons on minimal pairs. When you want to listen to authentic English instead of pronunciation exercises, you can watch videos on FluentU. Every word comes with an in-context definition, image, audio and example sentences, so you have enough support to make native English accessible to you. 2.

Can you pronounce all the words in this poem? Most people probably can't Dutch poet Gerard Nolste Trenité wrote a colossal poem containing about 800 bizarre irregularities in the English language. Written in 1922, the poem reads part tongue twister, part instruction manual. It begins: Dearest Creature in creation Study English pronunciation I will teach you in my verse Sounds like corpse corps horse and worse Let's stop there for a moment. Once you've managed to stumble your way through the first part, surely you get used to it? No. Hear me say devoid of trickery Daughter laughter and Terpsichore Typhoid measles topsails aisles Exiles similes and reviles Scholar vicar and cigar Solar mica war and far One anemone Balmoral Kitchen lichen laundry laurel There's also this wonderfully simple line: Eye I ay aye whey and key The poem finally ends on a very important question: Finally which rhymes with enough Though through plough or dough or cough? To which he helpfully answers: My advice is to give up! How did you get on? HT The Poke

Enhance Your Personal Learning Environment IDEA International Dialects of English Archive | free dialect and accent recordings for the performing arts If you can pronounce correctly every word in this poem, you will be speaking English better than 90% of the native English speakers in the world After trying the verses, a Frenchman said he’d prefer six months of hard labour to reading six lines aloud, and we’ll be honest with you, we struggled with parts of it. Dearest creature in creation, Study English pronunciation. I will teach you in my verse Sounds like corpse, corps, horse, and worse. I will keep you, Suzy, busy, Make your head with heat grow dizzy. Tear in eye, your dress will tear. So shall I! You’ve been reading “The Chaos” by Gerard Nolst Trenité, written nearly 100 years ago in 1922, designed to demonstrate the irregularity of English spelling and pronunciation.