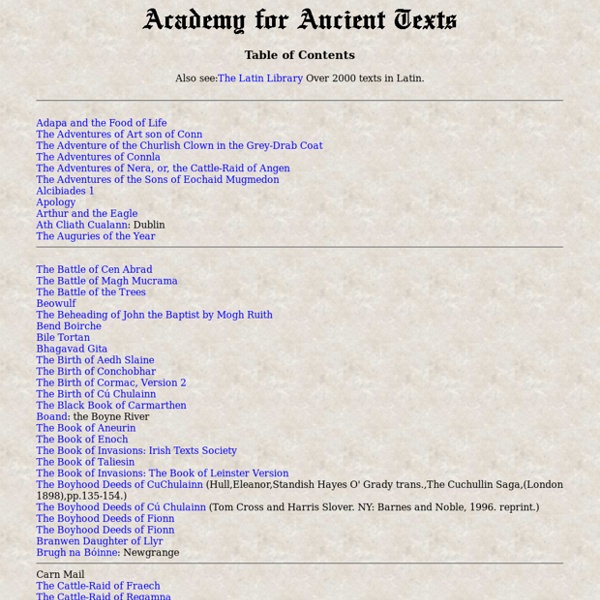 Internet Sacred Text Archive Home Worldbuilding: Fantasy Religion Design Guide by Joe Wetzel (joewetzel at gmail dot com) [If you like this article, check out the other Worldbuilding articles on this website using the sidebar navigation.] Depending on your campaign setting idea, in the early stages you may only need a bare minimum of details about your religion. But if religion, gods, or a pantheon is a key aspect of your campaign setting idea, you’ll want to work it up in detail early during your fantasy world’s development. Creating a fantasy religion can be as long and detailed task as you want. Religion can provide another venue for conflict and drama in your game world. Multiple Religions? Many fantasy worlds have one pantheon of gods that interact with each other. In the real world multiple pantheons of god(s) exist (even at the same time) and monotheistic and atheistic (here meaning a belief in a religious philosophy) religions exist as well. Monotheistic religions or religions without particular gods are also often overlooked in fantasy settings. Domains

Project Gutenberg - free ebooks MYTHICAL IRELAND - Newgrange, ancient sites, myths, mysteries, tours and astronomy The WWW Virtual Library Sumerian The Sumerians were one of the earliest urban societies to emerge in the world, in Southern Mesopotamia more than 5000 years ago. They developed a writing system whose wedge-shaped strokes would influence the style of scripts in the same geographical area for the next 3000 years. Eventually, all of these diverse writing systems, which encompass both logophonetic, consonantal alphabetic, and syllabic systems, became known as cuneiform. It is actually possible to trace the long road of the invention of the Sumerian writing system. For 5000 years before the appearance of writing in Mesopotamia, there were small clay objects in abstract shapes, called clay tokens, that were apparently used for counting agricultural and manufactured goods. Subsequently, the ancient Mesopotamians stopped using clay tokens altogether, and simply impressed the symbol of the clay tokens on wet clay surfaces. You can read more about the previous example at www.metmuseum.org. Related Links Sumerian Language Page.

Greek Gods Family Tree / Genealogy | ludios.org ludios.org The Harvard Classics: Download All 51 Volumes as Free eBooks Every revolutionary age produces its own kind of nostalgia. Faced with the enormous social and economic upheavals at the nineteenth century’s end, learned Victorians like Walter Pater, John Ruskin, and Matthew Arnold looked to High Church models and played the bishops of Western culture, with a monkish devotion to preserving and transmitting old texts and traditions and turning back to simpler ways of life. It was in 1909, the nadir of this milieu, before the advent of modernism and world war, that The Harvard Classics took shape. Compiled by Harvard’s president Charles W. What does the massive collection preserve? In its expert synergy of moral uplift and marketing, The Harvard Classics (find links to download them as free ebooks below) belong as much to Mark Twain’s bourgeois gilded age as to the pseudo-aristocratic age of Victoria—two sides of the same ocean, one might say. The idea for the collection didn’t initially come from Eliot, but from two editors at the publisher P.F. W.H.

Perseus Digital Library Greek Mythology: FAMILY TREE OF THE GREEK GODS The complete family tree of the gods is displayed over eight indexed charts. The basic structure follows Hesiod's Theogony, but that author's genealogies have been expanded with a plethora of additional gods, spirits and creatures sourced from other classical sources. Where there is disagreement amongst ancient writers as to the genealogy of a certain character, the oldest and/or most popular source has been selected for the chart. An additional family tree depicts the divine genealogy given in Hesiod's Theogony. Click on any name in the chart to view the full page entry for that individual. INDEX Index of names in the family tree KEY Overview of and key to reading the charts CHART 0 The Main Gods A short tree containing just the main gods of the pantheon. CHART 1 The Cosmogony of the Gods The primordial gods or protogenoi. CHART 2 The Children of Night The spirit descendants of Khaos (Air), Nyx (Night) and Eris (Strife). CHART 4 The Children of Sea, Storm and Earth.

The Victorian Web: An Overview Celtic Religion - what information do we really have From: Raimund KARL (a8700035@unet.univie.ac.at) To: CELTIC-L@DANANN.HEA.IE Subject: Celtic Religion - what information do we really have - Part 1-7 Date: Sun, 1 Dec 1996 10:54:40 - Tue, 10 Dec 1996 15:20:01 To begin with, lets first look at the sources available to us: There are quite numerous sources available, contrary to the usual belief that there is almost nothing actually there. First, there are the archaeological sources. These are the only direct source for the prehistoric part of the religion we are talking about. Second, there are the epigraphic sources, i.e. inscriptions. Third, there are the historical sources from the diverse Roman authors. Fourth, we have the Insular literature, including early British histories (like those of Nennius and Geoffrey of Monmouth), sociopolitical geographies like those of Giraldus Cambrensis as well as Irish and Welsh tales. Fifth, we have the folk traditions in the countries which still are "Celtic". Introduction Religious functions Celtic gods