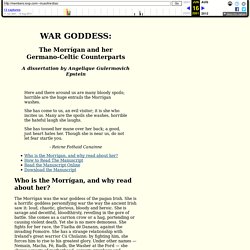 She has come to us, an evil visitor; it is she who incites us. The Ancient Irish Goddess of War Index. The Morrígan: History & Modern Cultus Resources – Bean Chaointe. This page was first published on my polytheist Tumblr blog, Bean Chaointe. 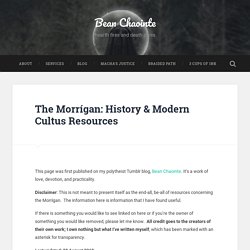 All credit goes to the creators of their own work; I own nothing but what I’ve written myself, which has been marked with an asterisk for transparency. Last updated: 28 August 2018.Currently under a thorough overhaul. Simon E. Davies on Patreon. Albanach. Full text of "Sanas Chormaic. Cormac's glossary" Pendragon Britain by etherneofzula on DeviantArt. Placenames Database of Ireland. Have you been to ‘Queen Maeve’s Vulva’? Ireland’s oddest placenames. A koan is a paradoxical riddle without a solution. 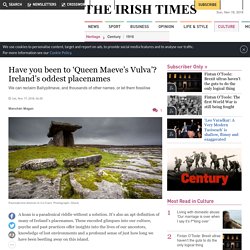 It’s also an apt definition of many of Ireland’s placenames. These encoded glimpses into our culture, psyche and past practices offer insights into the lives of our ancestors, knowledge of lost environments and a profound sense of just how long we have been beetling away on this island. Whether they are intoned from weather forecasts, squawking at us from satnav, or plastered on road signs, placenames surround us, yet we rarely stop to consider them. Each is a little periscope of insight, a pellet of knowledge that can be unpacked to reveal surprising results. Past and present of mythology in Galicia. If you divide Spain from Creus Cape to San Vicente bay, in one hand you have the Atlantic tradition and in the other the Mediterranean and semitic tradition, due to the invasions of North Africans and Phoenicians. 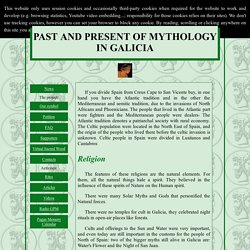 The people that lived in the Atlantic part were fighters and the Mediterranean people were dealers- The Atlantic tradition denotes a patriarchal society with rural economy. The Celtic population were located in the North East of Spain, and the origin of the people who lived there before the celtic invasion is unknown. Celtic people in Spain were divided in Lusitanos and Cantabros Religion. Collops and fíbíns: The lost language of Ireland’s landscape. Do you understand the sentence: the banbh was hiding out in the clochán from the brothall? 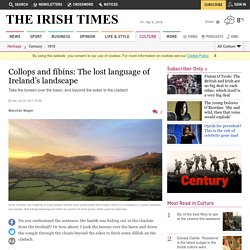 Or how about: I took the boreen over the bawn and down the congár through the cluain beyond the esker to fetch some dillisk on the cladach. The language we use to describe landscape, farming and the natural world in Ireland is changing so fast that a person can be aged to within a few decades by their understanding of a single sentence. Your grandfather would likely know what biolar, caonach and bundún mean; while you probably understand bawn, kesh and crubeen, but your children mightn’t understand any of these.

They mightn’t even know what a gandal is, or have ever been chased by a furiously hissing one. The English spoken in Ireland (Hiberno-English) even 40 years ago was so speckled with residual Irish words that it can appear today like another tongue. The fact is that the language spoken in rural Ireland for much of the 20th century was more akin to a macaronic than a single definable tongue. The Wonders of Britain. Atlasobscura. Explore by topic. As part of the implementation plan for the Schools’ Folklore Collection, a guide book for teachers was published in 1937. 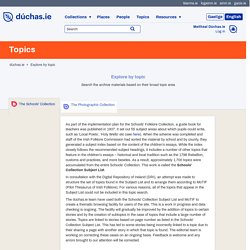 It set out 55 subject areas about which pupils could write, such as ‘Local Poets’, ‘Holy Wells’ etc (see here). When the scheme was completed and staff of the Irish Folklore Commission had sorted the material by school and by county, they generated a subject index based on the content of the children’s essays. While the index closely follows the recommended subject headings, it includes a number of other topics that feature in the children’s essays – historical and local tradition such as the 1798 Rebellion, customs and practices, and more besides.

As a result, approximately 1,700 topics were accumulated from the entire Schools’ Collection. This work is called the Schools’ Collection Subject List. The dúchas.ie team have used both the Schools' Collection Subject List and MoTIF to create a thematic browsing facility for users of the site. Understanding the native myths of Britain. Irish Texts Society. The Society publishes texts relating to medieval Ireland in three series: 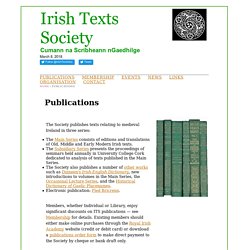 Belisama: Who Was this Beautiful, Powerful, and Popular Gaulish Goddess? When the Roman conquerors encountered the world of Gaulish deities and traditions, they tried to understand it in their own religious terms. 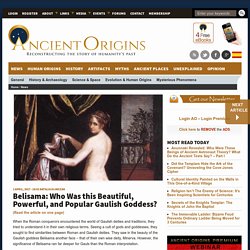 Seeing a cult of gods and goddesses, they sought to find similarities between Roman and Gaulish deities. They saw in the beauty of the Gaulish goddess Belisama another face – that of their own wise deity, Minerva. However, the significance of Belisama ran far deeper for Gauls than the Roman interpretation. Minervae Belissimae Belisama was a Gaulish goddess known as Minervae Belissimae, translating to Belisama Minerva. A Gaulish Deity that the Romans Conquered. Llyfr Taliesin: The Book of Taliesin. Why Isn't Irish Mythology More Popular? — Irish Mythology Month. 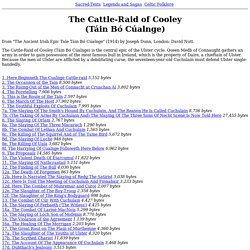 Fenian Cycle. Tóraigheacht Dhiarmada agus Ghráinne or the usual English title – "The Pursuit of Díarmait and Gráinne" was a very popular Irish romance of a love triangle that had most likely influenced the medieval romance of Tristan and Isolde of the 12th century. 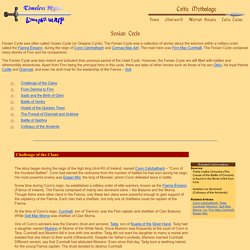 Though, there has been reference to this tale in the late 12th century manuscript known as the Book of Leinster, suggesting the original tale was composed around 1100, the surviving text we have of The Pursuit of Díarmait and Gráinne was no early than the 17th century. Tóraigheacht Dhiarmada agus Ghráinne has often been compared with earlier love triangle between Deirdre, Noísi and King Conchobar of Ulster, titled Longes mac nUislenn (The Exile of the Sons of Uisliu), which was part of the Ulster Cycle. The work on Diarmait and Grainne was considered inferior to that of the tragedy of Deirdre. Elopement of Grainne Instead of deciding for her daughter, Cormac Mac Airt asked Grainne if she wished to marry Finn.

EPONA.net - a scholarly resource. Lugus. We will shortly go onto examine the incidence of Lleu/Lug(h) in the medieval vernacular traditions, but before we do so it may be worth considering the appearance of his Gallo-Roman incarnation - at which time he was known by the name of Lugus. We have already touched on the possible Indo-European roots of this particular figure and his associated traditions. Now it remains to be seen how these roots flourished in Late Iron Age Celtic-speaking world encountered by Caesar in the first century BC. Gaelic Polytheism » A Beginner’s Guide to Old Irish Pronunciation. A Beginner’s Guide to Old Irish Pronunciation by Annie Loughlin. Do not reprint without permission. Before Old Irish there was Archaic Irish (alternatively known as “Primitive Irish”), or Gaeilge Ársa, which is found on some of the earliest ogham inscriptions that survive in Ireland.

These inscriptions are thought to date to as early as the fourth century C.E. (possibly a century or two earlier), and Archaic Irish is the earliest known form of a Goidelic language. Guide to pronounciation of Irish mythic names & places - The Druid Grove. Hi all - I'm posting this as reference info and will add to it as time goes on. These are the approximate pronounciations of Irish place names and person names found in the myth tales and in history/geography. The pronounciations given are those of a somewhat "normalized" Gaeilge ie. without applying each variant stress of word sound in their various dialectic forms (Ulster, Munster, Connacht Irish). These names are given according to my "Leinster" gaelic! Celtic Religion - what information do we really have. From: Raimund KARL (a8700035@unet.univie.ac.at) To: CELTIC-L@DANANN.HEA.IE Subject: Celtic Religion - what information do we really have - Part 1-7 Date: Sun, 1 Dec 1996 10:54:40 - Tue, 10 Dec 1996 15:20:01 To begin with, lets first look at the sources available to us: There are quite numerous sources available, contrary to the usual belief that there is almost nothing actually there.