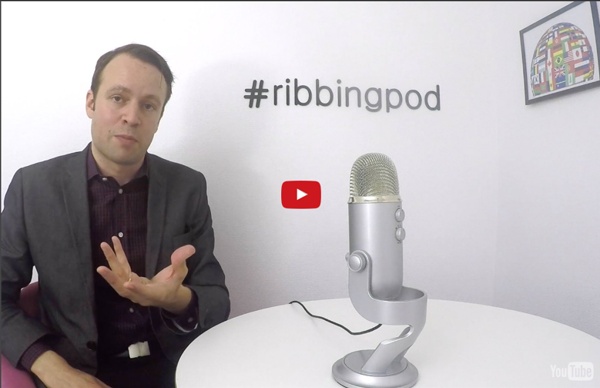 How to Hack Your Brain and Memorize Anything, According to Expert Mattias Ribbing The highest-grossing films of 2015 star James Bond, a man in an iron suit, a man stuck on Mars, a tyrannosaurus rex and the fictive emotions in our head — but almost no Latinos. Aside from supporting roles by Michelle Rodriguez in Furious 7, Oscar Isaac in Star Wars: The Force Awakens and Jennifer Lopez and Ryan Guzman's lead roles in The Boy Next Door, very few mainstream films featured Latino actors. Even worse, of the four performances mentioned above, only one actor, Rodriguez, actually portrayed an explicitly Latino character. Yes, there were few Latino roles this year, but there were even fewer Latino-themed mainstream films. In fact, as Flavorwire points out, 2015 saw an equal number of films about Latinos and about monkeys.

Why I taught myself 20 languages — and what I learned about myself in the process During the past few years, I’ve been referred to in the media as “The World’s Youngest Hyperpolyglot” — a word that sounds like a rare illness. In a way it is: it describes someone who speaks a particularly large number of foreign languages, someone whose all-consuming passion for words and systems can lead them to spend many long hours alone with a grammar book. But while it’s true that I can speak in 20 different languages, including English, it took me a while to understand that there’s more to language than bartering over kebabs in Arabic or ordering from a menu in Hindi. Fluency is another craft altogether.

Step into German - For Teachers - Goethe-Institut  In their free time, your students listen to music, watch movies, play sports. Why not make their personal interests part of your German classroom? Why not work with teaching materials that focus on German music, film and soccer? We provide you with a great variety of videos, podcasts and worksheets that you can use in class without much preparation time and that are bound to capture your students’ attention. The top 20 teaching and learning principles The APA-supported Coalition for Psychology in Schools and Education has condensed the most important psychological science on PreK–12 teaching and learning into 20 principles: Students' beliefs or perceptions about intelligence and ability affect their cognitive functioning and learning. What students already know affects their learning. Students' cognitive development and learning are not limited by general stages of development. Learning is based on context, so generalizing learning to new contexts is not spontaneous but instead needs to be facilitated. Acquiring long-term knowledge and skill is largely dependent on practice.

10 Creative Ways to Introduce Yourself to Students We once heard of a teacher who dressed up in her best bell bottoms and discoed her way into her classroom on the first day with Gloria Gaynor blasting from the speakers. Elaborate, but memorable—and if you decide to go that route, please send us a video so we can post it on our Facebook page for all the world to see. Of course, there are plenty of creative ways to introduce yourself to students that don't involve you squeezing into your 1970s pants or looking like a fool. Here are 10 fun ideas: Make a photo book. "Last year, I made an 'ABC' photo book on Shutterfly and included one thing about myself for each letter of the alphabet.

Expanding Your Vocabulary Let’s take a look on how big a vocabulary you need to reach fluency in an Indo-European language like German. The first few landmarks are not that difficult to achieve. 100-150 wordsIf you are able to understand somewhere between the 100 and 150 most common words in German, you should be able to understand around 50% of the words in a German text. 250-300 wordsIn order to speak in sentences fairly smoothly you need to know, and actively be able to use, the 300 most frequent words in German.

Lesson Starters – WebEnglish.se In order to create structure in the lessons and make the students feel secure in the routine, WebEnglish.se has a few suggestions for intermediate classes:Inspirational talks vary from a couple of minutes to a whole hour. They can be used on their own in order to get the class focused or as an introduction to discussions, themes and writing.Amazing Pictures can be projected on the whiteboard as students come in to invite them to sit down and write down their ideas about and around the picture: What’s happening, why, how, where and when? What has just happened and what’s going to happen then? Various suggestions can be discussed in pairs, groups or in class. The ideas could also be acted or used as story starters for writing.99 Chinese Fortune Cookies are short aphorisms to be read out by a student, written on the board and discussed at the beginning of the lesson. Related