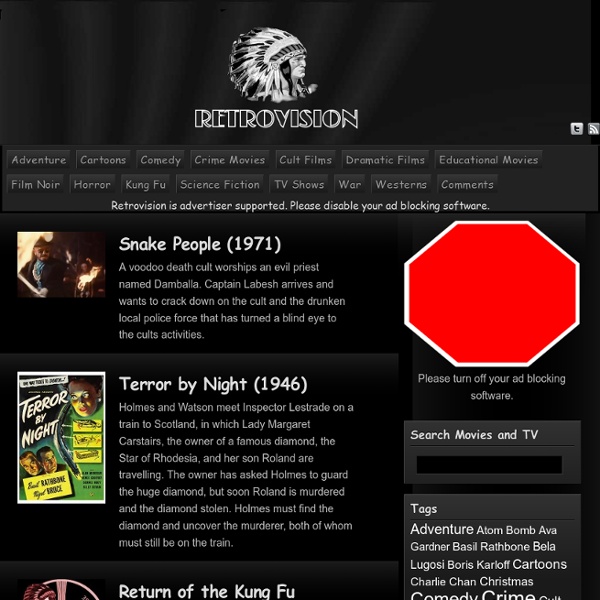 Public Domain Movie Torrents with PDA iPod Divx PSP versions Exclusives We are pleased to announce the winners from the recent nationwide search for the most distinctive rendition of fan favorite characters from the popular CGI animated series ReBoot. Each winner will also be awarded with a complimentary complete series collectors DVD box set due out next year. Brendan McCarthy, along with Rainmaker Entertainment & Shout! Factory, have selected 5 entries deemed as the most distinctive to be showcased in the first edition booklet accompanying ReBoot: The Definitive Mainframe Edition Complete Series Collectors DVD box set. Winners If you haven't done so already, it's time to pop open the epic webcomic that was the first new material created as part of the relaunch. The story has everything: ups, downs, twists, turns and lots of shout outs to what made the original show great. Find Out More But before you judge, take some time to read the extensive production blog maintained by the creative team.

Download & Streaming : Moving Image Archive : Internet Archive by Internet Archive You are invited to view or upload your videos to the Community collection. These thousands of videos were contributed by Archive users and community members. These videos are available for free download. This library of arts and music videos features This or That (a burlesque game show), the Coffee House TV arts program, punk bands from Punkcast and live performances from Groove TV. Electric Sheep is a distributed computing project for animating and evolving fractal flames, which are in turn distributed to the networked computers, which display them as a screensaver. Watch full-length feature films, classic shorts, world culture documentaries, World War II propaganda, movie trailers, and films created in just ten hours: These options are all featured in this diverse library! View videos about spirituality and religion. These religion and spirituality videos were contributed by Archive users. View thousands of films from the Prelinger Archives! movies eye favorite 2

Jack Kirby Museum & Research Center Free Movie Catalog Free movie downloads How to watch and download movies from your computer Select a movie by alphabet or title, then choose your viewing or download options. Most of these movies will automatically start to play within a few seconds to a few minutes, depending on the size of the mpeg file. To download a movie, there are several options, depending on your computer. Entertainment Magazine (EMOL.org) has been providing our visitors with free movies online for over four years. Entertainment Magazine is more than free movies! New movies, movie trailers and video clips are added often. Series 6 Episode 17 – The Monster Isolation | Big Bang Theory Transcripts Scene: (After a “previously on” sequence) A coffee shop Raj: So then I went to Cambridge, which was wonderful not only because it’s a good school but because it totally looks like Hogwarts. That’s where I fell in love with astronomy, and now I’m an astrophysicist at Caltech, so I guess you could say, uh, Raj is my name and stars are my game. Girl: I have to go to the bathroom. Raj: I go to the bathroom, too. Credits sequence. Scene: The apartment. Sheldon: Hello, I’m Dr. Penny: Hello. Sheldon: So, Penny, I understand you would like to learn more about flags. Penny: Yeah, I can’t tell you how many times I’ve been at a party where everyone’s talking about flags and I just couldn’t join in. Sheldon: Yeah. Penny: Uh, I’m sorry, can we just pause for a minute? Sheldon: What’s wrong? Penny: I just think it might look more natural if you talked to me instead of the camera, you know, like, like a real conversation. Sheldon: Interesting. Sheldon: Right. Penny: Let’s try open. Howard: You in there?

Funny Videos, Funny Clips & Funny Pictures | Break.com Easter Goes Goth! Whenever anyone thinks of Easter, they imagine fluffy white bunnies, multi-colored Easter eggs, and pretty baskets. There's really nothing of relevance for an adult on Easter other than making colored eggs for children and egg hunts. Who would have thought that there would be a goth Easter Bunny that made an appearance as the villain in the 1971 claymation classic, Here Comes Peter Cottontail? This Goth Easter Bunny goes by January Q. Irontail and was voiced by Vincent Price, which automatically gets goth street cred. Irontail wears a black over coat and black vest and literally has a spiked iron tail that was a result of a child accidentally running over his original one. January Q. Here are the highlights of January Q. - Mike C.