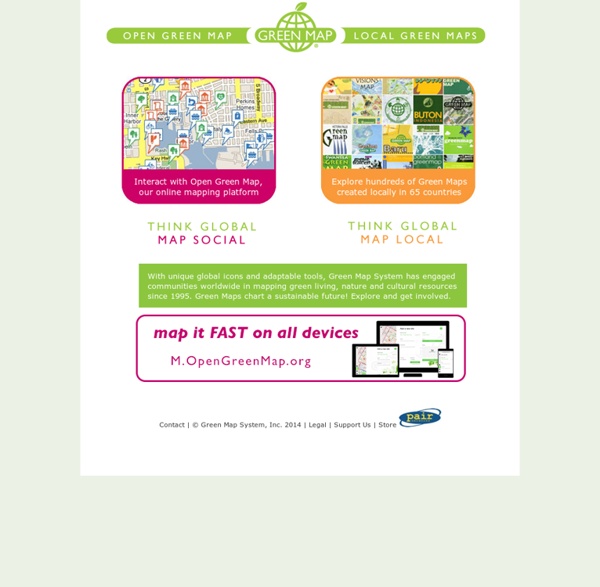 Don't swear at me, Greg Hunt tells BBC, when asked about Abbott's climate 'crap' comment | The Australian Environment Minister Greg Hunt uses Wikipedia research to dispute the relationship between climate change and bushfires. Courtesy: BBC Radio Featured Video More videos available at the The Australian video hub At the Australian Reptile Park, rescuers manage to remove a tin can stuck on a Red-bellied black snake's head. The Royal Australian Air Force is visiting WA communities before taking part in the National Balloon Championships at Northam. A Briton and three Americans have been awarded the Legion of Honor after they foiled a terrorist attack on a passenger train to Paris. Shanghai stocks plunge 8.5 percent, leading losses across Asia. A royal commission has heard Pope Francis is yet to show leadership on child sexual abuse. On The Project, Roseanne Beckett talks of her time in jail and being awarded $2.3m for malicious prosecution after spending 10 years behind bars. What do you do when you come out of the shops and find someone's parked this close to your car?

Map Builder Beta | MapQuest.com Features Ready to make some custom maps for your website or blog? Here are a few tutorials and samples to get you going! Adding locations to the map Adding locations in MapQuest Map Builder beta is simple. Drop pins directly on the map: Right-click (or alternate click) on the map and Map Builder will drop a pin on the exact location, which will be added to “your locations” under the map. Choosing Map Pins and Linking to Custom Map Pins Each pin on your map can be customized. To change the pin design, click the “Change Me” icon for the desired location in the list under your map. To use your own image, click the “Import an Icon” link under the pin gallery. Drawing Lines and Shapes on the Map To draw shapes on the map, click on one of the drawing tools in the toolbar located in the top left corner of the map. Line tool – Easily draw lines by clicking the map to drop individual points that will form a continuous line. Saving, Editing and Embedding Custom Maps Once you complete your map, click “Save.”

Desis Lab » Design for Social Innovation and Sustainability Research Lab School of Design Strategies. Parsons The New School for Design Vision DESIS Lab members explore the relationship between design and social change. Our goal is to advance the practice and discourse of design-led social innovation to foster more equitable and sustainable cities and practices. Foundations Three foundations guide our research in design strategies: Bridging structural holes: Social settings often suffer from severe information asymmetries. Local and Global The lab works with local partners in New York City and with global partners through the DESIS Network, participating in large-scale research programs and projects to effect social change. Collecting social innovation practices and generating greater visibility for themPromoting collaborative projects and organizing academic events to explore these practicesDeveloping teaching tools and co-producing courses internationally to showcase these practices and their contextual variations Carrying out comparative research programs to track these practices and their outcomes

Welcome to WWF's global network New Sources Of Cohesion | Design and Social Enterprise: A New Model for Case Studies Case studies form an integral part of management school curriculum. Pioneered in the 1920s by Harvard Business School, case studies encourage students to focus on the problems facing an organization at a particular moment in time and to use various analytic tools to propose solutions. Until recently, most business case studies have followed the format pioneered by Harvard. In 2006 the Yale School of Management (SOM) began producing its own series of case studies, based on the idea that existing case studies were tailored to fit a particular discipline. The Case Research and Development Team at SOM found that one way to create more holistic cases was to change the medium and migrate online. Design & Social Enterprise Case Series Numerous case studies focus on social innovation and social enterprise management and others on the role of design in business. Case Series Development

WWF(世界自然基金会) Gleydson Carvalho, Brazilian radio host killed live on air Gleydson Carvalho was shot dead during his live show. Source: Twitter A RADIO host who was openly critical of his nation’s government has been assassinated during a live broadcast. Gleydson Carvalho, from the north Brazilian state of Ceará, was an outspoken personality who frequently railed against official corruption on Rádio Liberdade FM. During his most recent show on Thursday afternoon, he was killed in his chair by two gunmen who forced their way into the radio station. According to local media, the assassins overpowered a receptionist before forcing their way into Carvalho’s recording studio, where they shot him three times, once in the head and twice in the chest. Mr Carvalho was playing music at the time of the shooting. “Today they silenced one of the most important voices of our region, in a tragic and unnecessary way,” said a statement posted online by the city of Camocim, from where Mr Carvalho broadcast his show.

Amplify: Creative and Sustainable Lifestyles on the Lower East Side – on view through 9/15 Are we growing more than plants? This question — blown up in large pink letters on a white wall in a small gallery on the Lower East Side — frames the core of the Amplify exhibition. Like the Lower East Side, the exhibition, which is the product of over one year of planning, research and design, is undergoing a process of evolution and reinvention. As one of the installation’s curators, Lara Penin, an Assistant Professor in the Design and Management department at Parsons, describes it, “The exhibition is a research process, a process of interaction in which the content can change before, during and after the exhibit.” Photo: Eduardo Staszowski For example, a large map of the Lower East Side printed on a tabletop, which was produced in cooperation with Green Map , invites the public to draw on their own knowledge to scrawl examples of innovative practices from the Lower East Side on specially-designed blue index cards and place them in the appropriate location on the map.

Secret TPP Propels in Congress Without Public Knowledge Corporate lobbyists who want to force genetically modified food on the world through secretive and unconstitutional, behind-closed-doors deals have just moved their agenda forward by cutting a deal with the President to move the Trans Pacific Partnership (TPP) through a fast-track approval in Congress. This agreement would lodge corporate power in place, undermining democracy. Our democratic rights are being ignored in order to make GMO labeling in the US illegal, giving corporations like Monsanto the ability to import their globally-grown genetically modified foods, while other unsafe foods come in through the back door of our nation. Thanks to U.S. Senate Finance Committee Chairman Orrin Hatch (R-UT) and Senator Ron Wyden (D-OR) this secret trade deal is being pushed through Congress at record speed – before anyone even knows what the TPP contains! Read: 1+ Million Oppose Bill That Would Make Monsanto Bulletproof Tell Congress to Vote NO on the Fast Track approval for the TPP!

Using Facebook to Fight Dangerous Driving in Delhi Dangerous Delhi drivers are now under the watchful eye of Facebook's "digital informants." Photo by Mani Babbar. With just 5,000 traffic officers in a city of 12 million people, Delhi Traffic Police are enlisting the help of Facebook to crack down on traffic violations, as reported in The New York Times today. The DTP created a Facebook page a couple of months ago to help manage traffic safety and congestion — especially important for Delhi, which is gearing up for the Commonwealth Games. With more than 17,800 fans and close to 3,000 photographs (plus nearly 50 videos), the Facebook page is an example of how online tools can be used to help improve transportation in cities around the world. By examining license plate numbers from user-submitted photographs, the DTP have issued 665 tickets, according to the city’s joint commissioner of traffic, Satyendra Garg. “Traffic police can’t be present everywhere, but rules are always being broken,” he said.

Brandis' changes to environmental laws will defang the watchdogs Federal Attorney-General George Brandis yesterday announced plans to change the national environmental legislation to stop green groups seeking judicial review of environmental approvals. Brandis argues that this significant change in the scope of the Environment Protection and Biodiversity Conservation Act (EPBC Act) is necessary to protect Australian jobs from “radical activists” who bring “vigilante litigation” against the government. He is seeking to repeal section 487 of the EPBC Act, arguing that it “provides a red carpet for radical activists wanting to use aggressive litigation tactics to disrupt and sabotage important projects”. But what does section 487 of the EPBC Act really do, and how will its removal affect the operation and effect of our national environment legislation? Standing order Section 487 (2) of the Act says: Giving green groups the right to act Robust environmental review by focused, engaged, representative organisations has never been more important.

How to Briefly Describe Amazing Things: A Recap of 30 Days of SRSI Posted by Justin on Friday, July 23, 2010 · Leave a Comment We’ve been really lucky. For a couple of years now, we’ve been able to do the work that we’ve wanted to do, make the kinds of changes that we want to see, and create a set of projects that have kept us interested in staying in Windsor. The Storefront Residencies for Social Innovation wrapped up a couple weeks ago. For 30 days, we hosted 25 amazing artists and artist collectives, all of whom worked in downtown Windsor and generated a huge number of new ideas, initiatives, and relationships. For 30 days, we were very, very lucky. From June 11th to July 11th, we saw projects that redefined the idea of what BIAs could do, generated new models for micro-economies by exchanging food for stories, unravelled and reassembled long lost sweaters, and introduced an unprecedented level of investigation into the personal histories found in homes (and gardens) across the city. All of these things happened here in Windsor in just 30 days.